Review: Timothée Chalamet is the saving grace of new Netflix original ‘The King’ 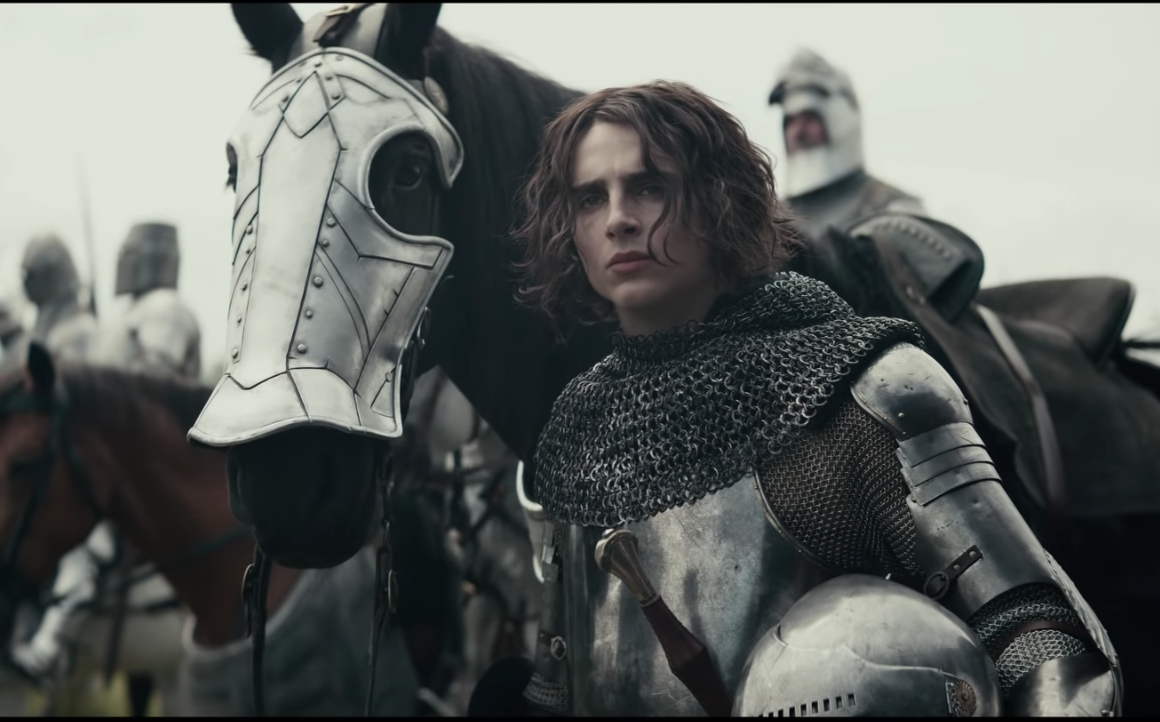 Timothée Chalamet in Netflix film 'The King' (Photo via YouTube.)

The King isn’t a movie I would typically watch. It’s set in early 15th century England, filled with men clad in armor and accompanied by the clamor of metal swords. But I saw it was a new Netflix original featuring Timothée Chalamet and Robert Pattinson, and I thought, “Why isn’t this getting more hype?” My question was answered within 10 minutes.

This movie is absolutely unbearable. This is the kind of movie where you have to turn both the volume and the brightness all the way up because everyone speaks in hushed tones in poorly lit rooms. I almost fell asleep at one point and totally missed what was happening in the plot. Surprisingly, it didn’t seem to change my understanding of the film — which I guess goes to show how much of a drag some scenes were.

The storyline goes in circles, crawling forward for 140 minutes. It opens on a battlefield, with men collecting weapons from the dead. I thought maybe, from the dramatic music and the pink sky in the background, this movie wouldn’t be so bad after all. Again, wrong.

It seemed as though director David Michôd was trying to insert us smoothly into this story, but he gave no context about who the characters were in relation to our star, Prince Hal (Timothée Chalamet). So it wasn’t until about 30 minutes in that I understood Chalamet was the titular “king” in this story.

The plot flows from one unexplained feud to another without fully reconciling any of them. There were short scenes, like when Prince Hal gets drunk or brings a woman home, that were supposed to give us background information on his life but instead felt out of place.

Maybe a bad plot wouldn’t have been the worst thing in the world if the dialogue were well-written. However, this (you guessed it!) was not the case. Some of the jargon seemed completely untimely. I’m not sure because I wasn’t alive back then, but I have a strong feeling that “upchuck” — in reference to someone throwing up — wasn’t something people said in 1415.

And don’t even get me started on the unbelievably fake accents. They were laughable. No, seriously, when Robert Pattinson spoke with his French accent I literally laughed out loud. He sounded absolutely ridiculous.

Chalamet’s acting was the only thing that kept me engaged. This seems like exactly the artistic period piece he would star in — the role, it seemed, was made for him. He was the only actor who drew me into actually believing the story.

But even so, there were little moments where Chalamet just looked unnatural, such as when he rode to the battlefield and was jostled around by the horse. It became apparent that he was no real king, no real warrior and certainly not old enough to be running 15th century England.

At its best, the film was contrived and, at its worst, put me to sleep. There were many moments of bad acting and poor production that took me out of the story’s fantasy. Chalamet’s performance was fine, but it wasn’t enough to carry me through such a long and shamefully boring movie.