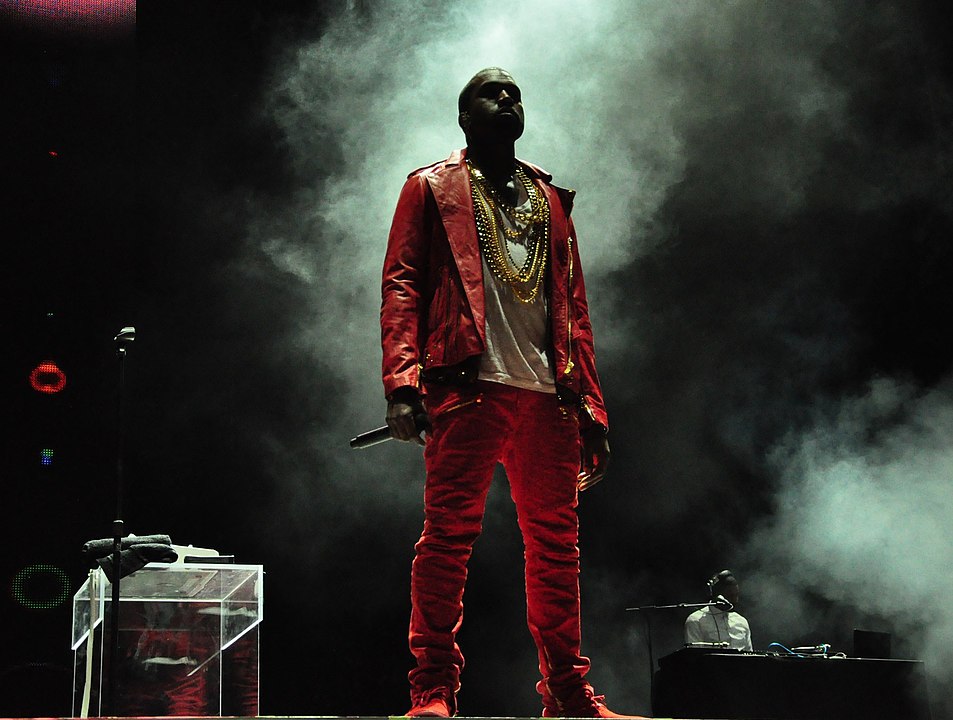 But, as we were reminded when West’s Jesus is King merch was released, his decline in music-making ability mirrors that of his fashion design ability.

It might be hard to remember because our minds are so indoctrinated with West’s ridiculous outbursts over the past few years, but he’s had an incredible career of designing and taste-making in the fashion world. Each stage of his career had some fashion element that helped define it — and changed the rap world.

For the early part of his career, he brought prep fashion into full force with bright polo shirts and a backpack, a fitting trend alongside album names like The College Dropout and Late Registration. A pink polo, like the one Ye wears in the “All Falls Down” music video, is almost synonymous with Old Kanye.

Then came the shutter shades era, alongside Graduation and “Stronger.” The completely impractical glasses were an iconic piece in the late aughts, rocked by everyone from Barack Obama to myself at bar mitzvahs.

After Graduation, he moved on to suits — first the tweed, gray and tieless one for 808s & Heartbreak and then the much more elegant ones that accompanied My Beautiful Dark Twisted Fantasy. In an interview with Sway in the Morning, Chris Rock recalled how every person in West’s studio wore a black suit and tie during the production of his 2010 album.

Mirroring the eclectic, dark and mechanical nature of Yeezus, Kanye busted out the leather pants and oversized t-shirts with punk rock and metal designs. The Life of Pablo delivered an iconic typeface that Kanye threw on everything, from tour merch to a specially designed t-shirt for Kobe Bryant’s last game.

West’s impact goes beyond the clothing he pairs with music releases — many current trends can be traced back to West. Virgil Abloh, founder of Off-White and current artistic director of menswear for Louis Vuitton, got his start working as a member of West’s team in 2007. The current hypebeast and drop-obsessed culture of streetwear is reminiscent of how West approaches his highly-anticipated Yeezy season lines.

Despite all of this diversity in wardrobe and influence, West has lost his touch in recent years. The recent Yeezy shoe releases are far more chunky than cutting-edge, the shirts are haphazardly ripped and the Jesus is King merch? Well, that was the last straw.

His design choices are obviously inspired by the gospel nature of his album, but they’re uninspired in every other way. For a man with seemingly unlimited resources, his merch frankly looks like boring mock ups on Microsoft Paint that a church youth group would sell for $20. Instead, Kanye’s selling these hoodies with phrases of text oddly spread around the chest for $170.

[Read more: John Mulaney read The Diamondback on stage at the Xfinity Center and I am freaking out]

There can definitely be a beauty in simplistic design — Abloh built an empire off that. But West’s feels lazy. It seems like he’s following the trend of his last two solo albums — trusting his legacy of genius to carry him rather than actually working hard.

As superficial as it is, seeing him release this kind of clothing makes me sad. Kanye West’s style was inspirational to me — Adidas is one of my favorite brands solely because of his work with them — but the only thing his recent fashion inspires is memes.