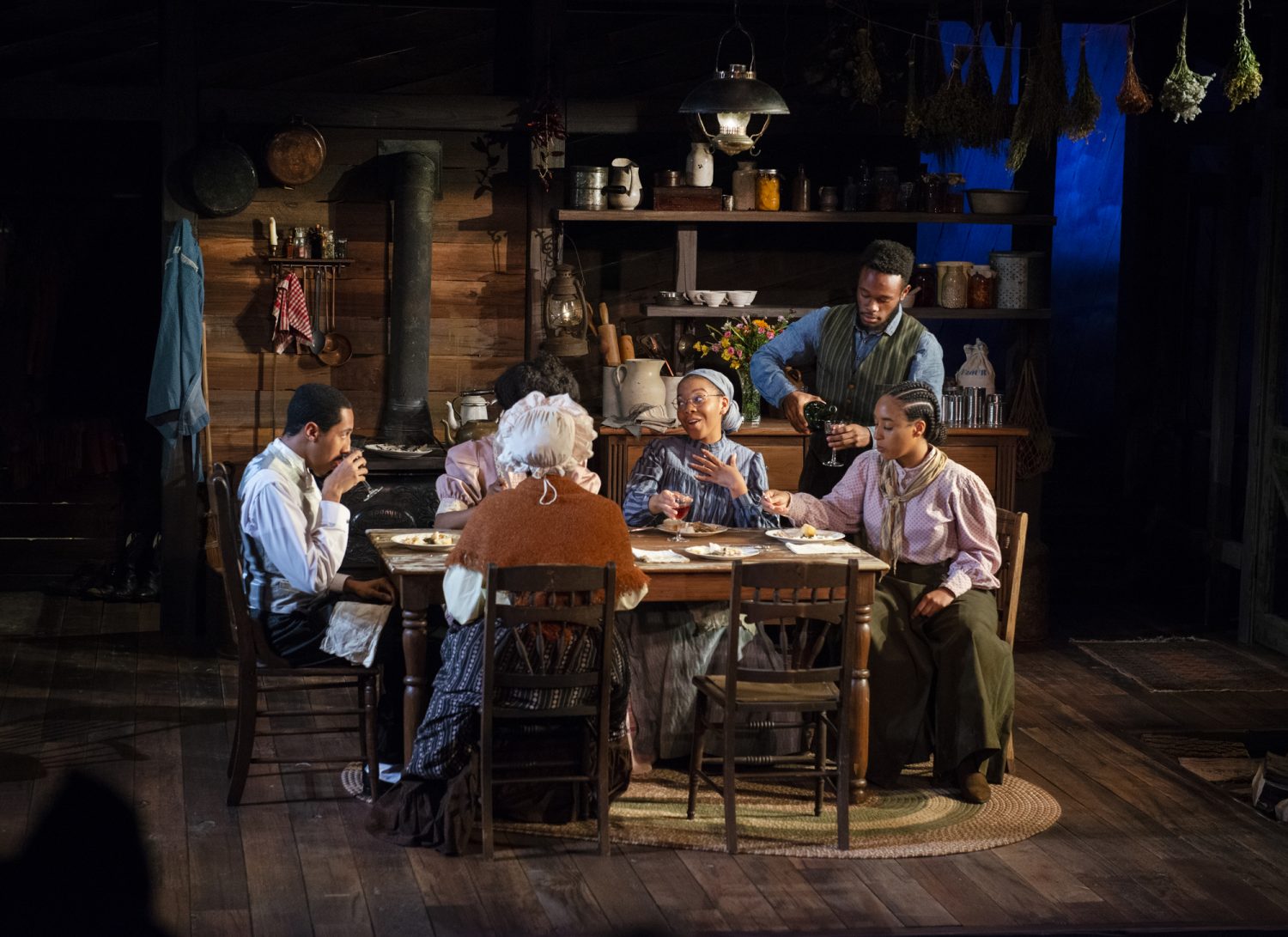 “Flyin’ West” was performed by students at the School of Theatre, Dance, and Performance Studies at The Clarice Smith Performing Arts Center at the University of Maryland (Photo Courtesy David Andrews.)

Flyin’ West, a play that opened last Friday at The Clarice Smith Performing Arts Center, is the latest work to bring a history often neglected in textbooks to the forefronts of our minds.

The show, put on by the University of Maryland’s school of Theatre Dance and Performance Studies, showcases a group of black women who move out West in order to carve out new, free lives for themselves. Despite moving to the harsh conditions of barely settled land, they abandon hostile Jim Crow-governed areas — choosing to build from scratch rather than participate in a society structured on their oppression.

The production’s design transports you into their world. The women’s frontier home is beautifully crafted, with wood beams and intricate designs on the doors and lanterns. Its creaks and squeaks mesh with the sound of crickets that repeatedly fill the space. While the actors never touch some of the objects, they set the late-19th century scene in Nicodemus, Kansas.

Sophie Washington (Miranda Hall) acts very much like the unit’s matriarch. She works fiercely to protect her family and community, including her sisters Fannie Dove (Gabrielle Allen) and Minnie Dove Charles (Aliyah Jackson.) She’s also vocal about her vision to keep the area where the women settled an all-black town.

Hall portrays Sophie with incredible conviction, commanding both the family’s attention and mine. Despite all of the adversity she faces as a result of her identity, it seems impossible to dampen her dreams.

The three women share their home with Miss Leah (Des’ree Brown and Gislaine Hoyah), an elderly woman who also settled in the West after a life of hardship. After being emancipated and attempting to live in the racist post-Confederate society, she looked toward the new land as a place to finally live without restraint.

While Sophie is more forceful, Miss Leah offers wise words from her many years of life and often acts as Sophie’s calming agent. With many witty one-liners, Brown manages to keep you laughing even through serious topics. She balances the character of Miss Leah despite being decades younger.

Written by Pearl Cleage, the play shows how race and gender affect individuals and the U.S.

“We have to see everything different because we’re Negroes,” Sophie says to Fannie.

In post-slavery America, Cleage also questions how a person can be free, as many of the characters’ interactions show they view independence very differently. As Sophie and Fannie live freely with Miss Leah, Minnie is at the mercy of her abusive husband, Frank Charles (Kyle Starling).

Sophie believes owning land is the ultimate sign of her freedom. Meanwhile, Frank attempts to manipulate Minnie for financial power. While watching, I felt forced to navigate this moral dilemma, choosing between land or money as superior. However, Cleage emphasized the importance of family over everything else.

The sisters take this notion incredibly seriously. After seeing that Frank beats Minnie, the women work to protect “baby sister.” The emotions surrounding this unfortunate situation are searing, and the cast does an incredible job of portraying the heavy content.

Though it jumps from racism to sexism to a variety of subtopics, Flyin’ West still gives each one the attention it requires. It uniquely mixes elements to show the difficult lives of black pioneer women, which I hadn’t known about prior to this play. Centuries later, the topics Cleage discusses remain an important part of history, but they can still be spotted in some form in the U.S.