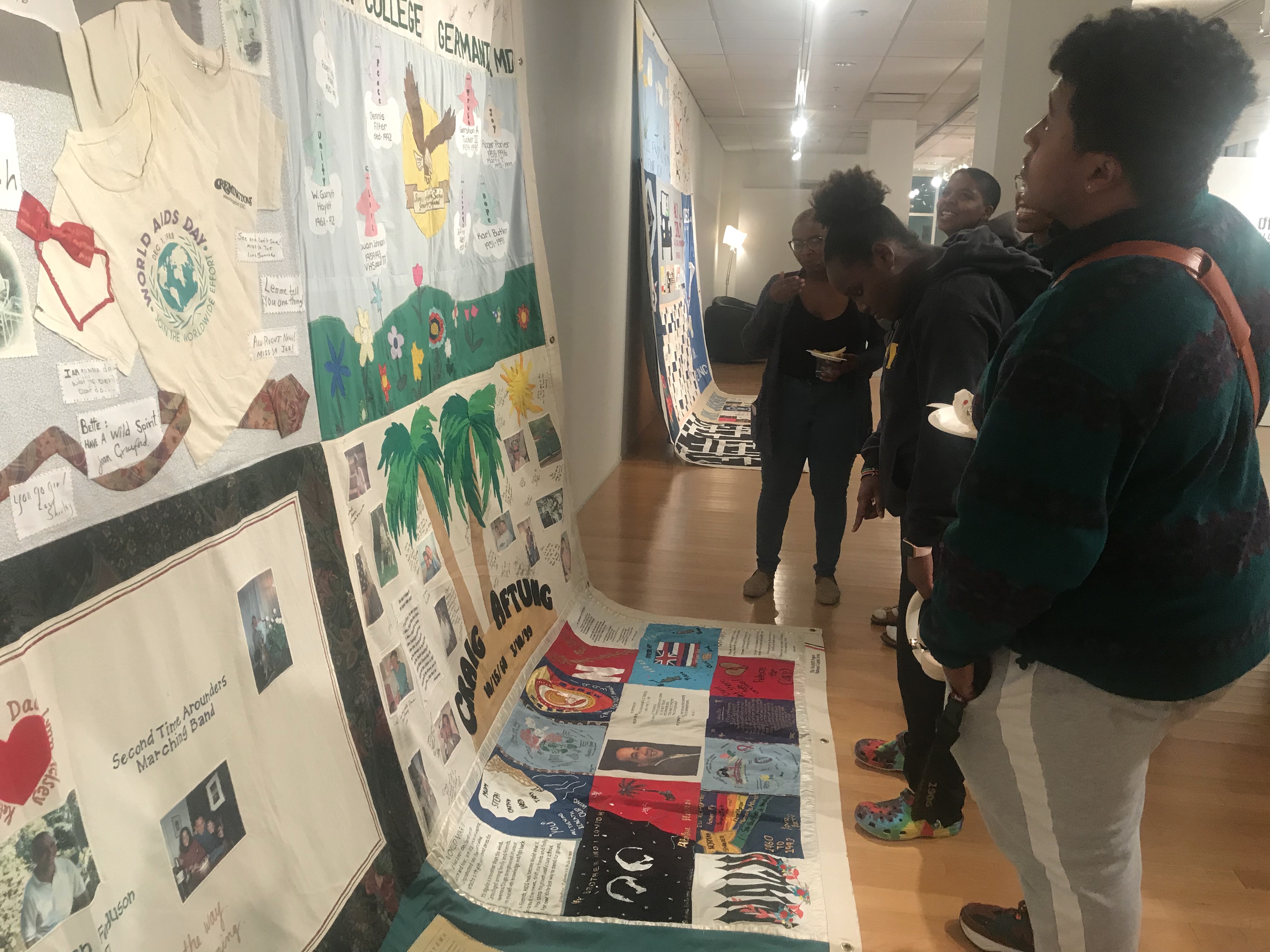 Frank Ocean is someone who usually embodies inclusivity. Sadly though, the queer R&B legend held a mysterious event, “PrEP+,” named after the HIV prevention drug, that would contradict what makes him so notable. It intended to portray a world where the drug was accessible in the 1980s. Among many complaints, some queer artists and activists questioned how a hyper-exclusive event could possibly foster the sense of community that Ocean intended.

This marginalized community has frequently been overlooked, especially during political discussions. Art has allowed for an open dialogue though, making it a major driver for progress with HIV awareness and LGBTQ+ issues.

Outside of Ocean’s New York City episode, the controversies and conversations have no boundaries. They are even relevant at the University of Maryland. A much more appropriate event, “Still Here: Art on HIV/AIDS” opened at the Stamp Gallery in Stamp Student Union on Tuesday and succeeded in every way that Ocean failed.

Over the past three decades, there has been major progress in controlling and preventing HIV and combating the stigma it carries. Now, this university is hosting the famous AIDS Memorial Quilt for the first time in 30 years. It is the central piece of the new campus exhibition and a clear sign of progress. However, the entire exhibition also reminds us how much work still needs to be done.

Despite HIV being a deadly, depressing topic, “Still Here” absolutely fills the Stamp Gallery with life. The bright colors from the quilt and other accompanying works contrast the darkness. They attract the attention of onlookers like a graphic sign, and force thought toward a topic that went undiscussed for far too long.

Some quilt patches are artistically simple with only names and dates. All of the parts feel equally important, no matter how many drawings or words are in one square. Many of the sections are incredibly personal. They are heartfelt art projects for loved ones, complete with puffy paint and hand-drawn details.

Some yellowed pieces of clothing are attached too, and were the most haunting personal touches. They eerily show signs of wear. As someone who was not alive during the 1980s, they truly put the deaths remembered on the quilt into perspective.

Those individual, emotional details absolutely washed a somber feeling over me that overpowered any of the bright colors’ cheery feelings. I felt as though I was intruding on an intimate family space. The heaviness in my chest nearly resembled how I felt at a funeral, especially when seeing photographs of loved ones who had passed.

While also emotional, the pieces accompanying the quilt were more politically charged. They provided context to the quilt’s stories of the human experience. The central focus of Lucas Rougeux’s thought-provoking “Clean Blood Only” is a dripping red cross. The spray painted canvas includes a powerful, scribbled message at the bottom that forcefully detailed the reality of those who lived with the disease decades ago.

Blocked from the gallery’s action and most of its light, Shan Kelley’s powerful words in “COUNT ME OUT” were hidden. I nearly missed them as I hesitantly walked behind the wall to find bold vinyl letters staring me in the face. Contrasting the loving messages written softly on the quilt, the prose screamed other victims’ pains in a uniform bold black font.

Kelley’s work and others ensure that the messages from this oft-ignored community cannot be disregarded anymore. While millions have died,“Still Here: Art on HIV/AIDS” ensures that none of the victims are forgotten. This proper tribute is on view until Dec. 7, including World AIDS Day on Dec. 1.