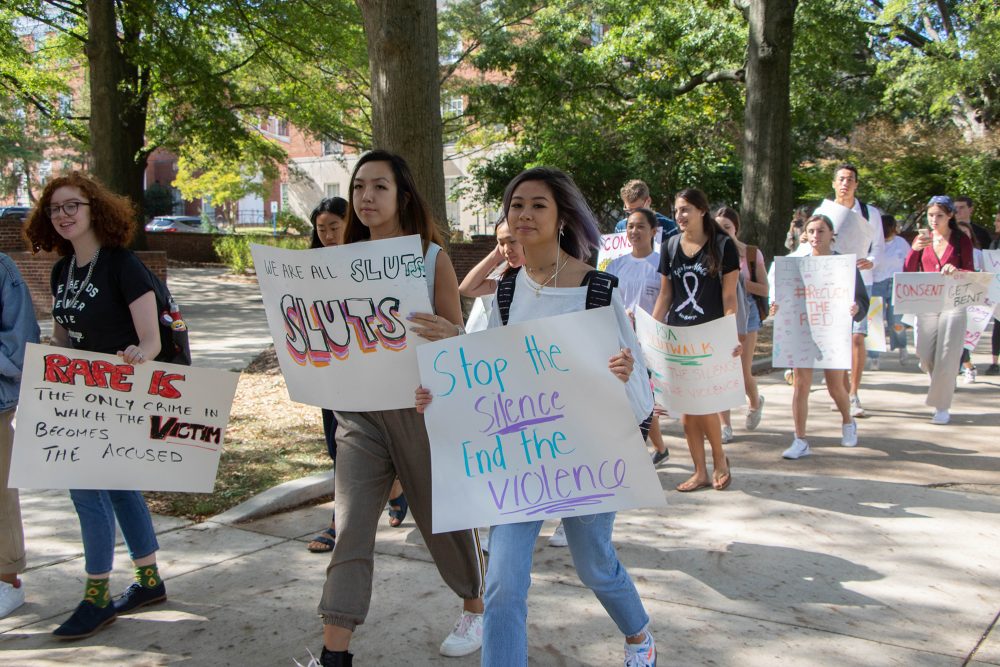 And while those numbers rose, students’ knowledge about resources, the reporting process and definitions for sexual misconduct concepts increased, too, according to the survey.

Though the University of Maryland wasn’t a part of that survey, campus leaders and activists from the Student Government Association, Preventing Sexual Assault and CARE to Stop Violence have also noticed the trend, saying they’ve seen more student involvement in sexual assault prevention events over the years, in addition to educational initiatives and overall awareness.

Reports have also increased at this university — between 2014 and 2018, sexual misconduct reports more than doubled, according to the Office of Civil Rights and Sexual Misconduct’s 2018 Student Sexual Misconduct Report.

Cortney Fisher, the adviser for PSA, said that an increase in the number of reports can actually be a good thing.

“High reporting rates are evidence of good services on campus, because they’re getting people to report,” said Fisher, a criminology and criminal justice professor at the university. “More people trust them.”

Students at this university have been increasingly aware of sexual assault prevention efforts, said Carly Cottone, outreach coordinator for CARE to Stop Violence. It’s a trend she’s especially noticed in the wake of the #MeToo movement, she said.

“People are more kind of aware of what the issue is and what the experiences are that they’re describing and are able to say, ‘That might’ve happened to me as well,’” Cottone said. “Just more people, I think, are more aware and engaged.”

However, just because people are aware of resources doesn’t mean they will automatically reach out for help if they are a victim, LeVan said.

The survey showed that an increasing number of students, on average, indicated they were more knowledgeable about where and how to make a report, and more said they were “very” or “extremely” knowledgeable of where to get help on their campus if they or someone else was a victim of sexual assault.

Students evaluating their next steps need to decide what kind of resource they’re seeking, Fisher said, and how public they want their case to be — CARE to Stop Violence, for example, is confidential, whereas reporting to the criminal justice system can be more public.

Some sexual assault survivors fear losing ownership of their story by reporting their experience, which can be a big deal for someone who was recently traumatized, Fisher said.

“A person may have to evaluate all of those options, and its most likely that they’re going to start with the ones that are most private — the going and getting help,” she said. “And then once a person gets help and they can advocate, then they might decide to take another step.”
Sophia Blake, PSA’s president, said she first got involved in PSA after realizing people didn’t know what constituted as sexual misconduct or how to talk about consent.

“We’ve seen more people coming to our events, so to me, that tells me that people either want to learn or are now aware that this is an issue and want to do something about it,” Blake said. “There’s obviously more to be done, but there’s definitely been an increase in people participating.”

For example, LeVan said, over a thousand students came to PSA’s Occupy McKeldin event last year and attendance was more diverse. Though the sexual misconduct used to be thought of as something only women cared about, men are increasingly taking part in the conversation and even taking on leadership roles, LeVan said.

“People know the general idea of it, like in the media and stuff, it’s definitely talked about,” Mahmood said. “But maybe we can do better within our campus to raise more awareness and talk about it in a more open and comfortable setting.”