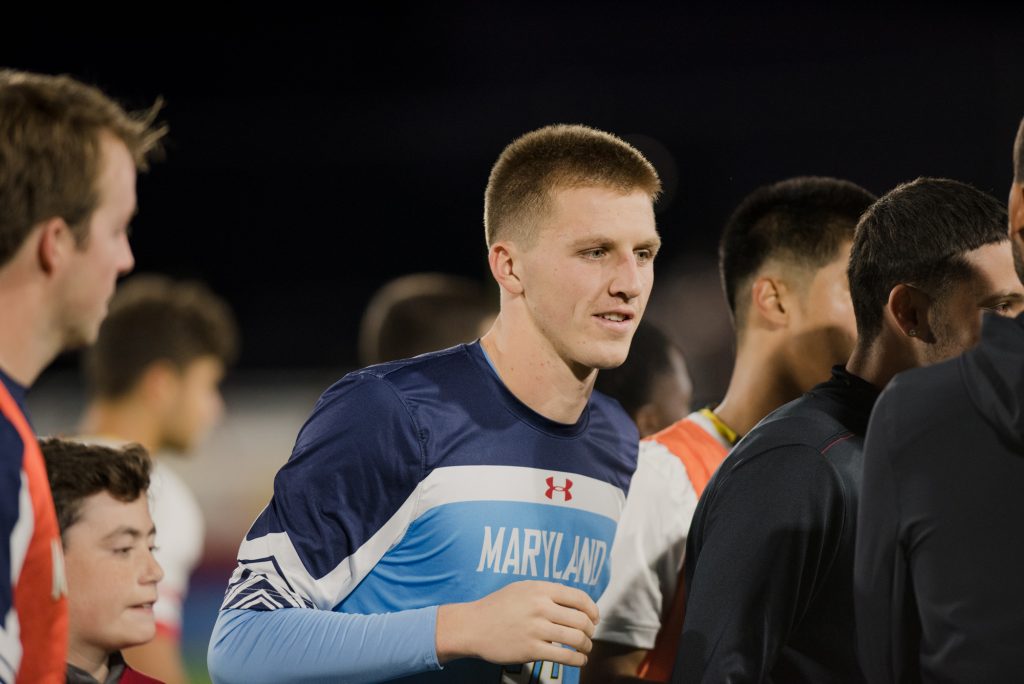 This marks the second consecutive time a Terp has won the award this season, with defender Johannes Bergmann taking home the honors last week.

Before the season, Neumann battled with redshirt freshman goalkeeper Russell Shealy for the starting job as the team looked to replace Dayne St. Clair, who departed for Major League Soccer. After the pair alternated starts in the first four matches, Neumann started two consecutive matches when he made the starting 11 against Villanova on Sept. 16.

Just over three minutes in against the Wildcats, though, Neumann knocked heads with an attacker, leaving him with a gash. Shealy relieved the freshman that night and started the next game against Northwestern.

The German native’s absence wasn’t prolonged, as he returned the following match against then-No. 9 St. Johns and has started every game since.

Neumann is the first true freshman goalkeeper to be the No. 1 option for coach Sasho Cirovski since 2013, when Zack Steffen protected the net.

Over his 12 starts, Neumann has capped off seven shutouts. The freshman goalkeeper has accumulated a .44 goals against average, which ranks sixth in the country and first in the Big Ten.