Maryland men’s soccer moves up to No. 17 in rankings ahead of matchup with Penn State 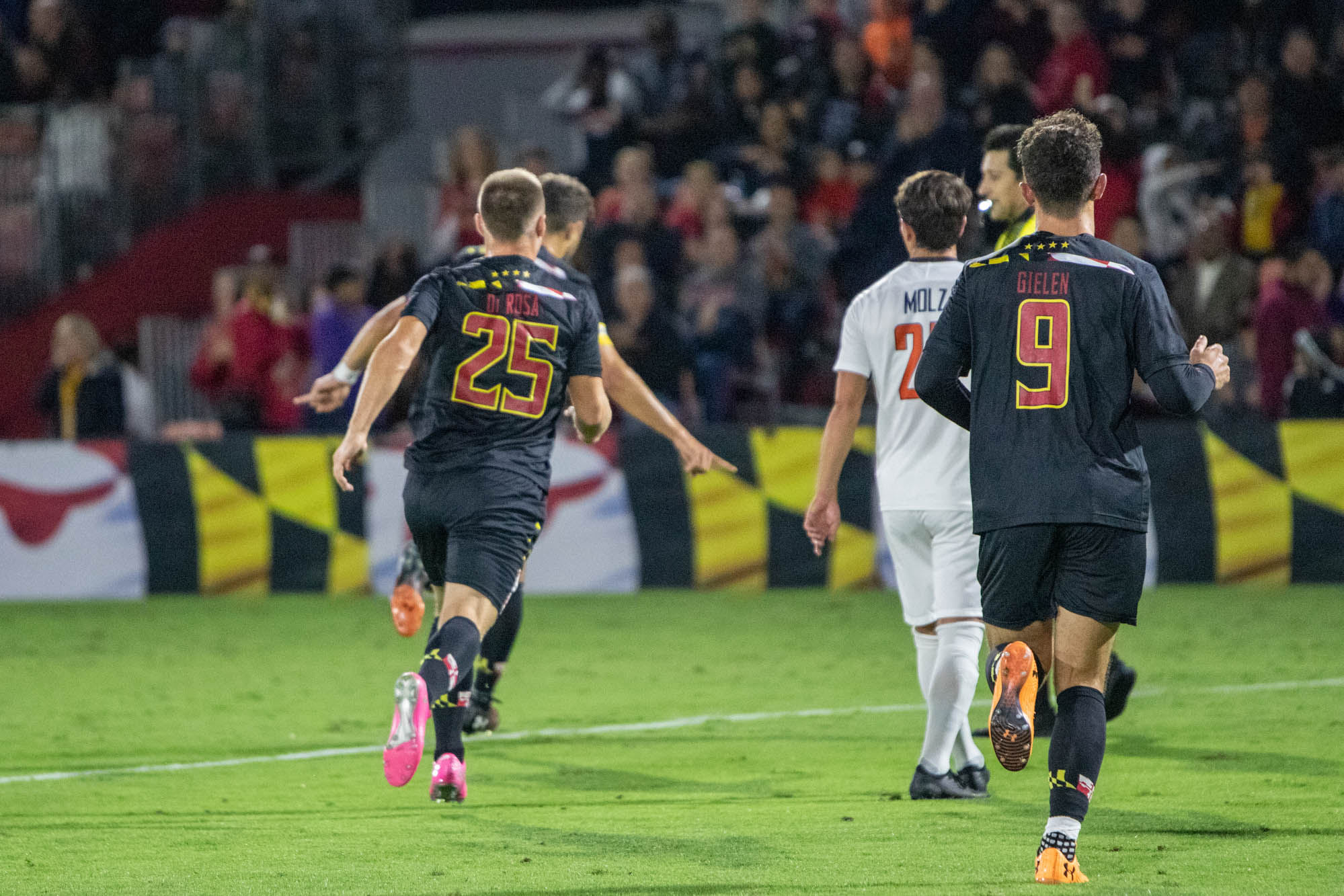 Ahead of its final regular-season road game, Tuesday night’s tilt against Penn State, Maryland men’s soccer moved up five spots to No. 17 in the United Soccer Coaches poll released Tuesday.

The Terps’ rise in the rankings comes three days after earning their first road victory, a 2-0 win over Ohio State. The Nittany Lions, meanwhile, climbed three spots to No. 16 following a draw with James Madison and a 4-0 win over Appalachian State.

Tuesday’s matchup between Maryland (9-4-2, 3-1-2 Big Ten) and Penn State (9-2-3, 4-1-1) features two teams vying for the regular-season title and the No. 1 seed in the upcoming Big Ten tournament. No. 10 Indiana currently holds the top spot in the conference standings with its 5-1-0 record.

A loss to the Nittany Lions would take coach Sasho Cirovski’s team out of contention for the top seed.

Maryland currently sits third in the standings with 11 points. To host a quarterfinal game, the Terps will need to fend off three teams close behind them to earn a top-four seed.

With the Big Ten semifinals and final being held in College Park, a quarterfinal home game would give Cirovski’s squad a chance to ride its home-field advantage at Ludwig Field, where Maryland is 8-2 on the season.