Review: Season six of ‘BoJack Horseman’ is one of the show’s most emotional 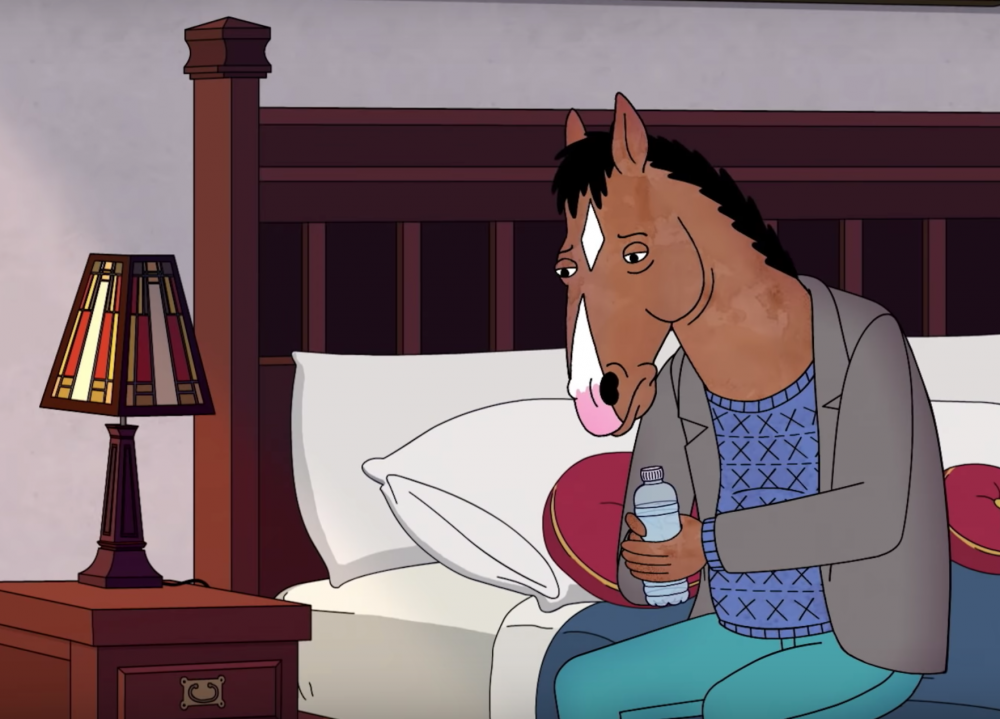 Bojack goes to rehab in the first half of 'Bojack Horseman' season 6 (Photo via YouTube.)

The first half of Netflix original BoJack Horseman’s sixth season premiered on Friday. It was quite a doozy. If you’ve ever seen an episode of this show, you’d know it’s not always all fun and games. But considering this is a cartoon about a washed-up horse actor living among humans and other animals, some newcomers may assume otherwise.

The season opens with BoJack reliving the death of his friend Sarah Lynn, which leads to him checking into rehab, where we left off last season. On the whole, this season captures his life in and after rehab, also catching us up on the stories with our other favorite characters.

This season is the show’s most emotionally compelling yet, as we get insight into the source of BoJack’s addiction and the series of events that have made him who he is now. Through each flashback in the first episode, what appears to be BoJack’s first drink comes at a younger and younger age.

[Read more: Review: ‘Countdown,’ about an app that predicts death, is more gross than scary]

But we can’t forget his friends, as this first part of the season highlights individual characters’ stories. Normally, the gang’s all together in California. But with BoJack away, everyone’s doing their own things. Princess Carolyn is coming into her role as a working mother, Diane is traveling the country as a reporter and falling in love with her cameraman, Mr. Peanutbutter is trying to work on his current relationship and Todd is balancing his classic shenanigans while attempting to become more responsible.

Each of these individual story episodes left me feeling a little empty, but in a way I knew was intentional. Without BoJack constantly keeping them busy with his drunken antics, they could move on with their lives and focus on themselves.

However, by episode four, BoJack is almost ready to leave the facility and everyone comes together for a party for Mr. Peanutbutter’s wedding. From here, the episodes are more centered on the characters interacting with each other and BoJack making amends post-rehab.

It was the perfect tease for the second half of the season, which premieres Jan. 31, 2020.

BoJack’s growth throughout the season is apparent. Throughout his journey, his physical appearance changes ever so slightly. When he visits Diane in Chicago, he takes her scarf. When he stops home in California, an old hairdresser cuts and greys his hair. In Washington, D.C., he gets a new shirt and coat. By the end of the episode, his outer appearance is completely altered. He looks older, wiser — more calm, and less focused on being drunk.

The mysterious eighth episode, aptly titled “A Quick One, While He’s Away” leaves BoJack out entirely. It left me wondering whether all things can be forgiven and if BoJack will ever be able to live the life he wants now that he’s sober.