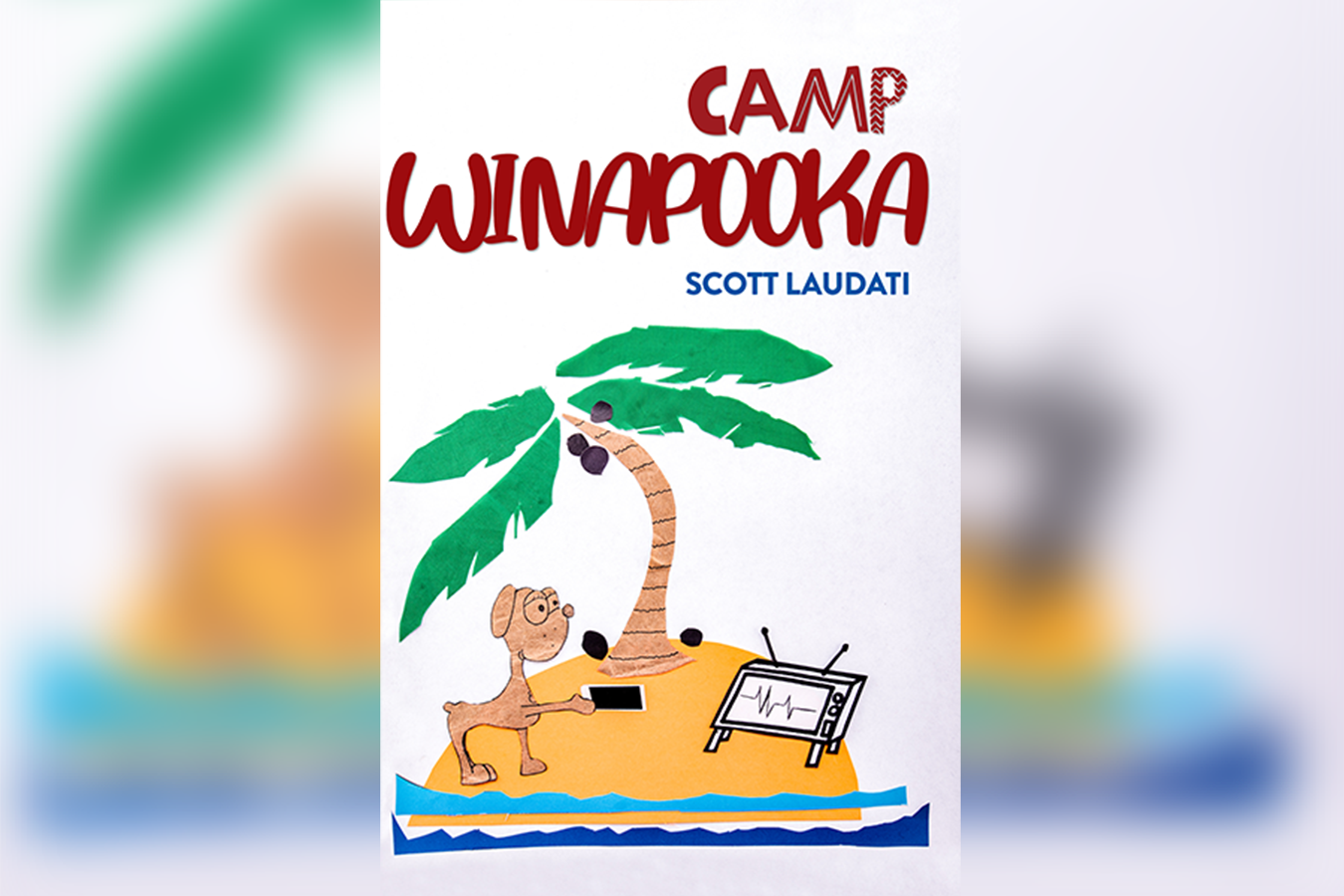 One reason I often dislike poetry is that it can be incredibly pretentious. Grandiose words, difficult syntax and metaphors upon metaphors make some poetry confusing, even for a creative writing minor. Sometimes I finish reading a poem and feel frustrated rather than moved. But poetry doesn’t have to be hyper-intellectual. It can be readable while still being eloquent and raw. Camp Winapooka is exactly that.

The title was the first thing that piqued my curiosity. What is Camp Winapooka, and why is there a dog on an island on the cover? Author Scott Laudati said when his two other books were published, people stole his titles. So this time, he wanted an incredibly unique, definitely random, title.

“Nobody else could possibly have this title,” Laudati said.

As for the cover, the illustrated brown dog is his boxer Satine, who passed away. Laudati planned to take her on an epic cross-country road trip, but she died before he had the chance. He drew a picture of her on an island for the cover, hoping somewhere, she would be in heaven. It never fails to astound me how deep dog love goes.

[Read more: How early is too early to start listening to Christmas music?]

My favorite poem was “a poem for satine: a good boxer.” I teared up a little when Laudati described how his dog would act when him and his wife would fight. “And when the screams turned to fists / i’d watch your ears tuck back / as you ran to hide.” The poem ends with Laudati wondering, if there is a heaven, will God scratch Satine’s ears?

The poem made me nostalgic — I thought about when I was younger and my friends debated if dogs went to heaven after my best friend’s dog passed away. The poem put the heartache of losing a dog into words, and the thought that maybe dogs deserve to go to a better place.

Camp Winapooka was intentionally written without many metaphors and subtext so it could be easily digestible, Laudati said. Beautifully written lines of poetry can be understandable too; it doesn’t have to be complicated. Simplistic poetry makes the art available to anyone, so you don’t have to have a deep understanding of literary devices to connect to what’s going on.

A favorite line of mine was in “what’s enough?” when he describes the complicated end of a relationship. He writes, “we can put our hearts on paper / and stuff them in a bottle, / throw it at the seagulls / and watch our words recede / in the endless tide.”

As an amateur poet, I understand how difficult it can be to communicate an emotion you’re feeling. I’m always hunting for ways to keep the inspiration flowing. When I asked about Laudati’s creative process, he first said, “I don’t own a TV,” which made me laugh. Maybe I could be a more prolific poet if I threw out my TV and stopped watching so much Netflix. He further emphasized the importance putting yourself out there, submitting your work to as many places as possible.

A lot of his poetry is inspired by places he has lived or traveled to. After Satine died and he split with his girlfriend, he said he left New York to get away. The book describes all the places he went while traveling, like California, Texas and Cuba. Even in these poems about beautiful places, there’s a reoccurring longing to come back to New York.

Laudati writes, “because i left you once / and i learned / to miss everything – / coffee at sunset / and all-night sirens up and down / amsterdam.”

If you’re looking for a good read that’s not your average novel, please pick up Camp Winapooka. It’s a perfect example that poetry doesn’t have to be difficult and convoluted to be great. Quirky and heartfelt at the same time, I fell in love with Laudati’s narrative — and Satine the boxer. Read Camp Winapooka and fall in love, too.