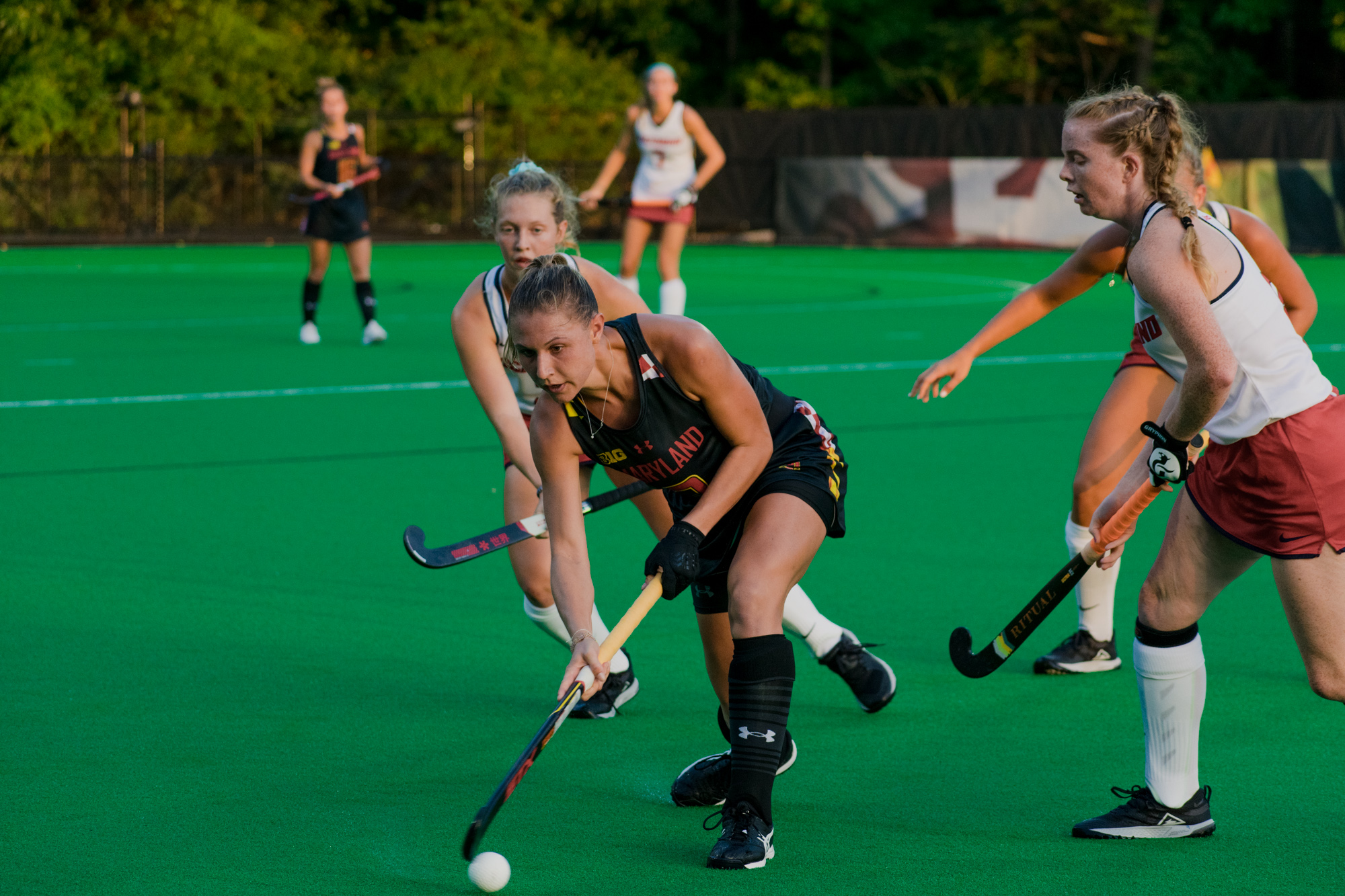 When Maryland field hockey takes on Michigan State on Friday, the typical pregame and postgame processions will be replaced with rose bouquets, speeches and emotions that accompany any Senior Day.

Once the Terps take the field, though, they won’t be concerned with the inevitable sentimentality of the match.

Rather, No. 2 Maryland is looking to hunker down on its defensive structure in an effort to leave its seniors with a meaningful gift in their final regular-season home game — a dominant performance to close Big Ten play.

“When you’re dominating a team a lot, you have to stay very structured in the backfield,” coach Missy Meharg said. “We need to pay attention to what we call ‘counter structure defense.’”

After struggling to break down then-No. 9 Michigan and then-No. 21 Ohio State in first halves, conventional wisdom would suggest that the Terps attack needed to be ruthless — something it did in the second half of its matchup against the Buckeyes.

However, Meharg pointed to her team’s defensive frailties, limiting its ability to push forward — a facet the team has relied on throughout the season.

So, the Terps spent much of the week prepping their backline in an effort to maintain control. At its best, Maryland’s defensive unit is a sturdy force capable of shutting down even the most explosive offenses in the country, best shown in shutouts against the top-10 goalscoring offenses of then-No. 3 UConn and then-No. 6 Iowa.

Against the Wolverines, though, the Terps fell apart defensively, relinquishing quality scoring chances to a dangerous Michigan attack. If not for Maryland goalkeeper Noelle Frost, the scoreline could have been far worse than 1-0.

“We were outplayed throughout the game,” Meharg said Friday. “At times, I was happy to be in it as much as we were.”

The Buckeyes also caused problems for the Terps, especially in the first half, scoring two goals on three shots.

After conceding an early second-half goal, though, the Maryland defense proved far more resolute, shutting out Ohio State for the last 27 minutes and allowing its prolific attack to do the rest.

“We went into Sunday and we were in a funk,” forward Lizzy Dessoye said, “but we got right out of it.”

Meharg wants to see Maryland’s defensive core get back to controlling the tempo of the game, which allow the offense to flourish.

Meanwhile, players feel a similar sense of urgency, refusing to rest on their laurels, even after Sunday’s wild comeback.

After spending the week getting back to the basics of defending, the Terps feel confident in their ability to handle the Spartans’ attack. And in combination with a potent attack of its own, Maryland is looking for a complete performance to close out its conference slate.

“I would really like to see our team step on the field and compete and dominate,” Meharg said. “Whether the ball goes into the goal cage or not, to be able to just maintain a dominance.”