Safer vaping practices need to start from within the vaping community 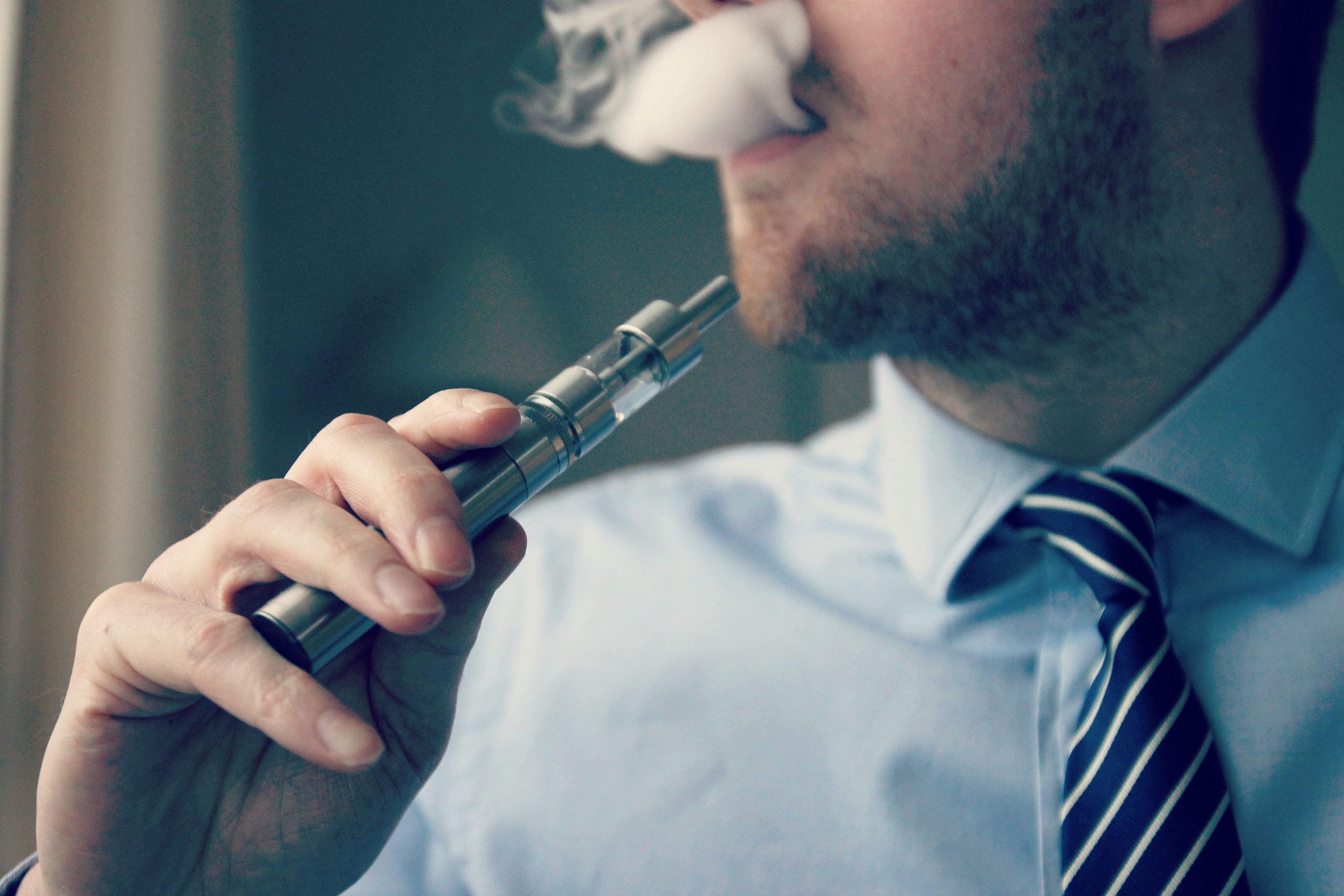 On Sunday, I stepped out of the movie theater with my older paramour to a historic haunt of clandestine smokers — the back alleyway. He asked, do you mind if I vape? To which I said, no, but while you puff, let me proselytize about the dangers and underlying theories that make vaping a cultural phenomenon for youths. The other vaper standing outside was gracious enough to join the audience and follow my thread connecting Ethan Klein’s Vape Nation video to my roommate who spends hours tinkering with his modular vaping devices to the kids who’d vape in the bathrooms of my high school, hanging out three in one stall and often slithering out to chat when I’d go to wash my hands.

When I finished, my partner said that sounded all right, but he had just started vaping a couple months ago to kick a nicotine addiction. He also said I sounded awfully millennial. But it’s the sum of these charms of vaping — it’s cool, it’s complex, it’s communal — alongside some people’s relative immunity to them that suggest a response to the outsized crises of vape illness and youth nicotine addiction. Instead of relying on public panic to take the vapes from the hands of America’s children, it would be more effective to integrate the kids into a healthier vaping community.

Social integration isn’t about endorsing vaping, but practicing harm reduction. Teenagers shouldn’t be encouraged to pick up nicotine products at all. But already more than a fourth of high schoolers have used a tobacco product within the last 30 days, according to a Centers for Disease Control and Prevention survey. It’s a crisis. The government responses thus far — primarily vaping bans — are a reprisal of methods used in the “war on drugs,” and so we already know they don’t work. Moreover, many cases of vaping illnesses were linked to counterfeit or street vapes, so restricting the supply of regulated vape products may endanger  people more, as the demand for products still exists.

So rather, vapers should cultivate a culture of safe practice and allow younger people to participate in it. This can be easily accomplished through online forums and social media, which have the power to endorse certain behaviors and practices and direct people away from illegitimate ones. Vaping can be codified as a hobby as much as keeping an aquarium or whittling wood, and emphasis on the right equipment and proper use shouldn’t be any more taboo to share. The same sentiment should extend into physical spaces with the emergence of more designated smoking/vaping areas. The younger vapers can interact with other vapers who understand what they’re doing, providing more opportunity for education. The community should allow them that space.

Moreover, vaping is so new that most everyone is a first generation user. The first modern e-cigarette was created in China in 2003, and according to the U.S. Customs and Border Protection database, the first e-cigarette was imported to America in 2006. There isn’t a significant population of elder vapers in the community, just young adults with varying levels of experience. This allows for a unique level of accessibility, with adults able to engage with teenagers in non-hierarchical ways. This is one way of changing the mode of communication about vaping from reprimands to genuine conversation. We’re always trying to legislate to save the youth from external corruption, but they’re rarely given a way to respond and show us what isn’t working.

And teenagers should be able to speak as more than just statistics. The vaping demographic could give a place for that as their identity becomes more politically defined. By uniting vapers, they can communicate to policymakers their current approaches aren’t working — but gradual nicotine harm reduction is. The switch from tobacco to e-cigarettes was one great step — safer vaping practices can be the next.

Ultimately, vaping has become a tool for identity formation in youths, and the best way to contend with that is to change what that identity means. Strict rules and proselytizing rarely change what’s cool, but social in-grouping does. The pressure has to come from within.