Review: ‘The Current War: Director’s Cut’ is artful but confusing 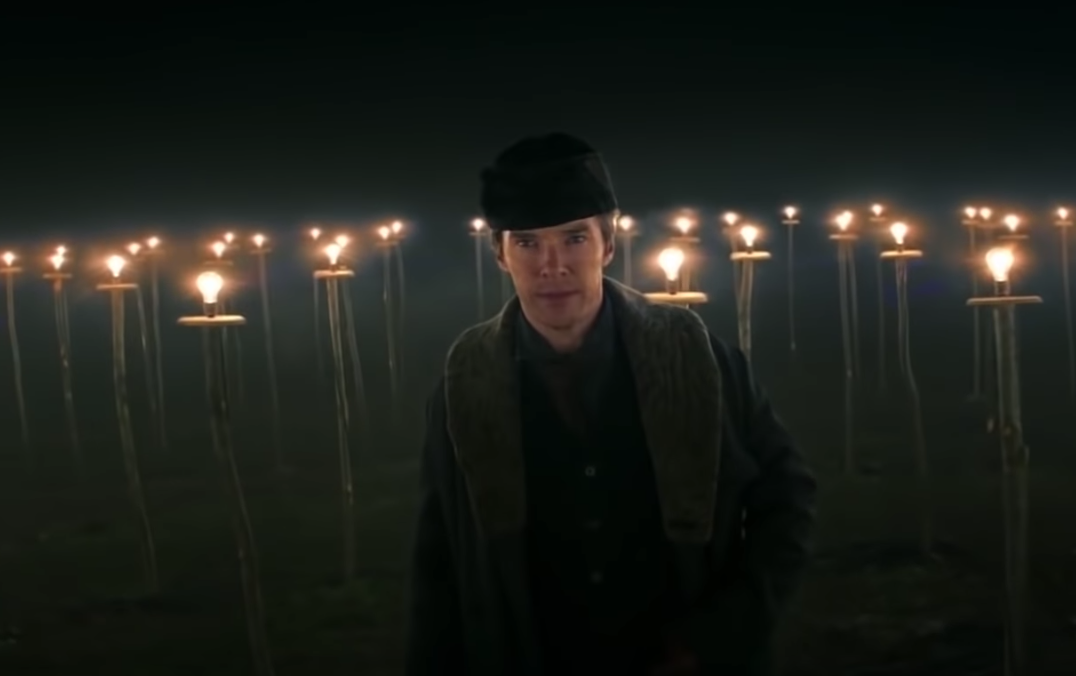 As a child, I remember arriving to the airport in Belgrade, Serbia and seeing a giant mural of Nikola Tesla’s head as I descended the escalators. This was the welcome sign to Belgrade. It struck me; I’ve been to a number of airports in my time, but I can’t recall any others that had someone’s face on it on such a large scale.

Growing up in the United States, I never learned much about Tesla in school — but I did learn a lot about Thomas Edison. Makes sense, I get it, not salty.

A few weeks ago, when I saw that there was a movie depicting Tesla — played by Nicholas Hoult, which is also a nice treat — I knew I had to see it. Spoiler alert: when it came to Tesla content, this movie fell short, but I’m glad I watched it anyway.

The Current War: Director’s Cut is a new movie, directed by Alfonso Gomez-Rejon, about the “war” between Thomas Edison and George Westinghouse’s race to light up America — with a little Tesla on the side too. The cast is star-studded: We got Benedict Cumberbatch, Michael Shannon and even Tom Holland (whose 19th century hairstyle made me laugh every time he came on screen).

I have such mixed feelings about this movie. On one hand, it’s beautifully done. The cinematography is unique, with the unconventional but not uncomfortable framing of the shots, like in Moonrise Kingdom. But I think the film spent so much time trying to be beautiful it forgot to tell us what was really going on.

The movie starts with a blank white shot of Edison emerging from a blizzard with no explanation. Then it suddenly cuts to the real story, and thrusts you right into the thick of it. Edison is discussing business deals with J.P. Morgan and the president about what kinds of inventions he would and would not make for the U.S. government.

This whole series of events that starts the film would be a lot more interesting if I knew what was going on! I didn’t understand why he was going to have a meeting with Westinghouse until one of the last scenes of the movie — and it was not supposed to be like that because it was some secret reveal.

I think the movie really dropped the ball by not even bothering to explain what Edison and Westinghouse were warring over. They keep talking about alternating current versus direct current electricity, but there is NOT ONE explanation as to what that means.

All they say is that AC is the easier type of electricity to use for covering large amounts of space and DC is good for smaller spaces. So, the significance of what these guys were fighting for — literally giving electricity to the people of the United States — was lost in the muck.

That being said, about halfway through the film I found that I was actually invested in what was happening and really wanted to see who won. It takes a while to get into it, but once you’re in it, that’s when the movie gets good.

Watching Edison spiral into an extremely selfish and stubborn denial about his electricity company’s future is captivating. Cumberbatch’s performance is bewitching as you watch him transform from an ethically-bound and curious innovator to the story’s villain. It’s clear at the end of the film that Edison is in this just for himself — he just wants to have a legacy and to have his name to go down in history.

Edison is too busy to spend time with his family and then reels in guilt when his wife suddenly dies from an illness while he’s on a business trip. Edison even hires and fires Tesla from his company for challenging him and trying to get him to work on new ideas. This comes back to bite him when Westinghouse teams up with Tesla instead.

What I like best about the movie is its artfulness. There’s a scene the film flashes back to multiple times, revealing more and more as the plot progresses, of Westinghouse during the Civil War. I won’t tell you what the scene is because it’s COOL, but it ultimately acts as a poignant metaphor for what happened in The Current War. And it makes you question who is the good guy and the bad guy of the film.

There’s also a great scene at the end of the movie when Edison and Westinghouse finally meet face-to-face and launch into an extended metaphor about building fences which totally made the AP Lang nerd inside of me very excited. It’s a meaningful and thoughtful moment that really ties the film together.

Of course, there was not as much Tesla in this film as I would’ve liked, BUT I appreciated what they did show of him. They spotlighted his fancy outfits (something he was known for), his quirks and his struggle as an immigrant trying to be respected in a country where he was an outsider.

Overall, I say watch the movie. It’s pretty historically accurate, visually appealing and ethically and morally thought-provoking. I’ll still be waiting for more Tesla representation in the future, but for now this is a good substitute.