The U.S. should value its Kurdish allies. Instead, we’ve left them in danger. 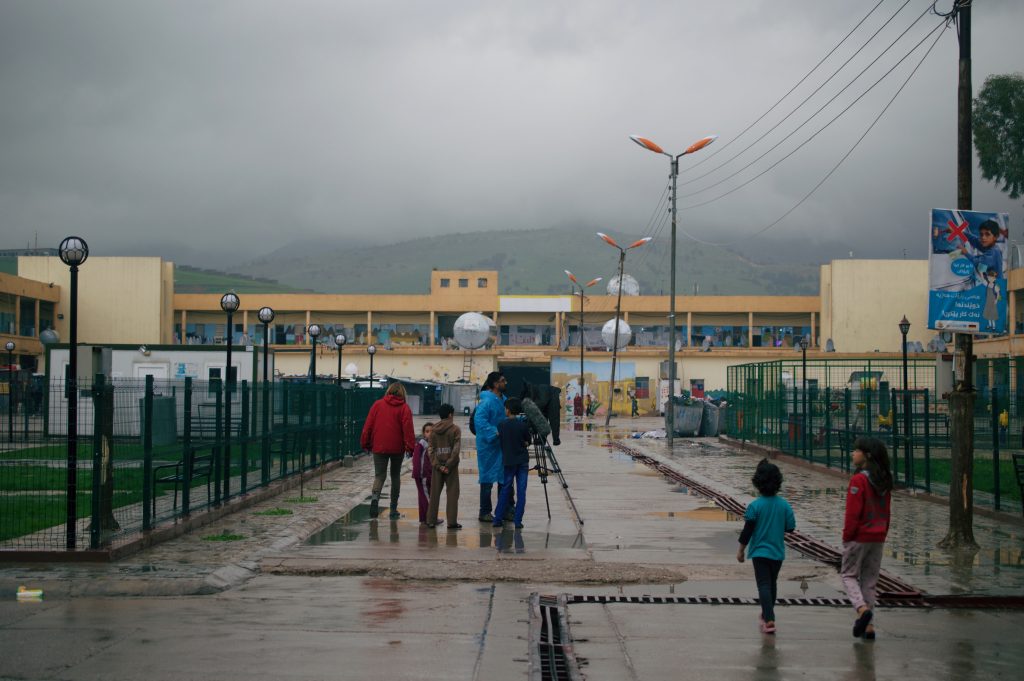 A camp for Syrian refugees from Rojava. Photo courtesy of Levi Clancy.

Just a few months ago, I waited on the side of the road for a United Nations High Commissioner for Refugees van, standing alongside the last group of refugees. We were near the port town of Tsonia on the Greek island of Lesvos, an island that has experienced an increase in refugee arrivals at levels unseen since 2016.

In the month I spent on Lesvos, I met a number of families who had aided NATO and the U.S. as translators and contractors but were then abandoned when those forces started leaving Afghanistan. On the island, I sat next to a young man whose parents worked alongside the U.S. forces and were Taliban targets. I watched him desperately try to reach his family by phone, to no avail. In Turkey, a smuggler had forced him to board a separate dinghy from his family. Somewhere at sea, the man lost sight of them, and he feared they had drowned or were sent back to Turkey without him. I remember thinking how awful it was that the people who worked side by side with American troops were left to either die make a perilous journey to safety abroad.

So, when I read that President Donald Trump condoned Turkey’s plan to invade Rojava — a Kurdish region in northeast Syria — and set up a “safe zone” for millions of Syrian refugees living in Turkey, I immediately thought of the refugee families I met in Greece, and how the U.S. was once again abdicating responsibility to its allies.

The Kurdish people have been key allies in the war against ISIS. They are also an ethnic minority — and Turkey has an active interest in wiping out their military power, causing some well-founded concern that the U.S. abandoning the Kurds will lead to ethnic cleansing. The current administration believes that removing troops from an unstable region to make room for a Turkish “safe zone” will create more stability.

If anything, the results of this invasion so far prove the opposite. Since the invasion began, more than 60,000 people have fled the region. Refugee camps on Turkey’s border have been evacuated. As Turkey advances and the death toll increases, how many more will flee? How many Syrians in Turkey, facing deportation to a war zone, will brave volatile sea conditions to get to Europe?

Ultimately, no one knows if we can expect another exodus from Syria. But it is nevertheless important to realize that if this invasion causes more Syrians to flee, we cannot spare ourselves from blame. We not only left our allies to be killed, but we also allowed Turkey to rekindle the kind of all-out violence responsible for pushing those 3.6 million Syrians to be deported out of their homes and into rubber dinghies.

And while we may not be able to do much as civilians without military power, we can still help those who are fleeing. For example, I will be returning to Greece this winter with suitcases full of clothes I’m collecting to distribute in the overcrowded camps. The NGOs I worked for — Refugee Rescue and Lighthouse Relief — are always looking for donations to fix their rescue boat and buy equipment. If you can’t give clothes or money, give support. Follow what’s happening in Syria, and trace it all the way to the shores of Europe and maybe even all the way to our airports here at home.

We certainly can’t control U.S. foreign policy, but we can take it upon ourselves to support those fleeing the situation our government helped to create. After all, if our leaders won’t remember our values, it’s up to us to prove we do.