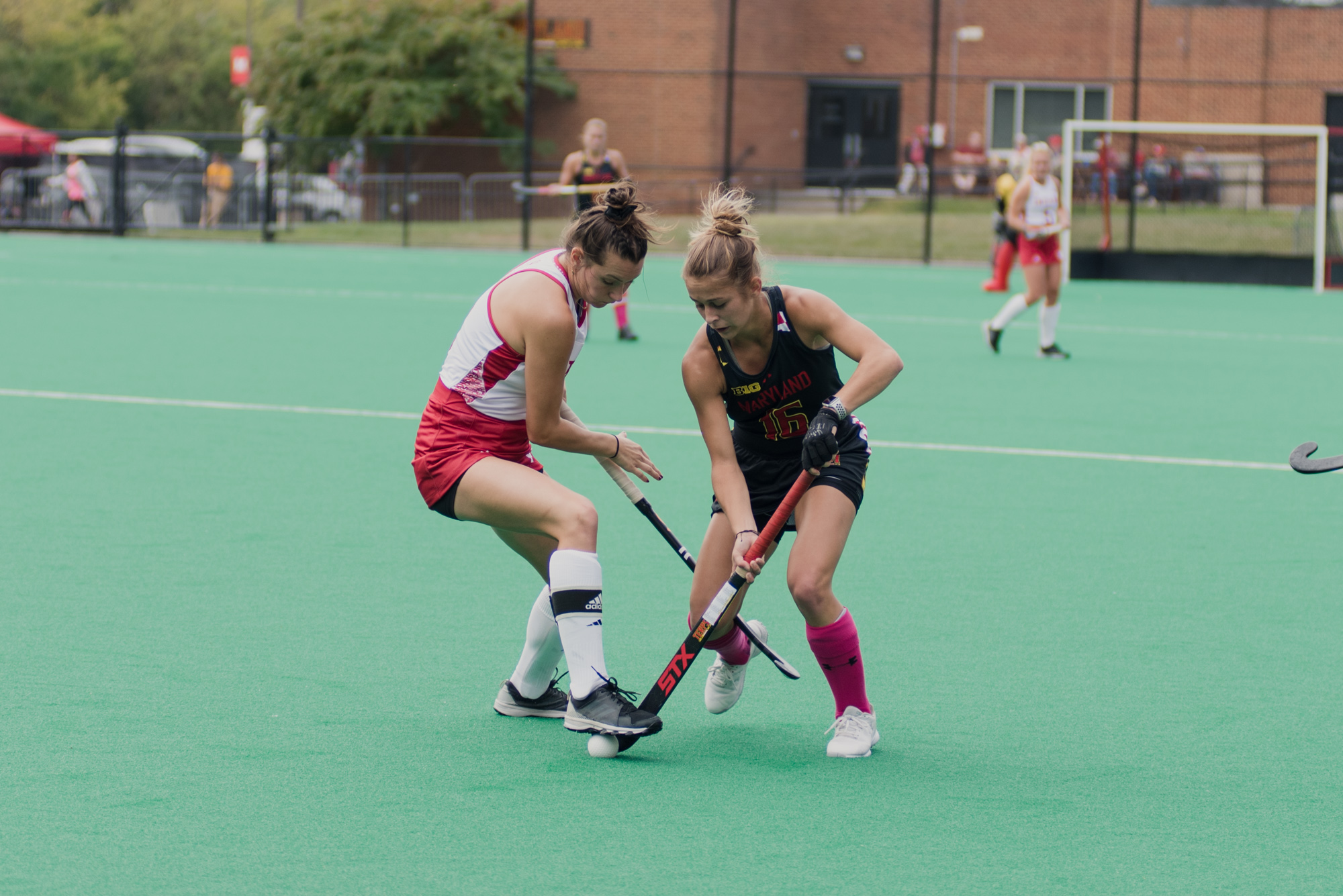 The Lancaster, Pennsylvania, native was a spark in Maryland’s rally on Sunday, starring in the midfield — a position she had never played for the Terps.

DeBerdine tallied five points against the Buckeyes, coming up with timely plays at crucial situations throughout the second half. She set up Kelee Lepage’s opener, calmly flicking a pass through traffic to find her teammate.

Minutes later, DeBerdine got a goal for herself, weaving her way through the Ohio State backline before tapping in Madison Maguire’s pass to close Maryland’s deficit to one.

And at 36:14, DeBerdine added to her goal tally, tipping defender Bodil Keus’ penalty effort past the reach of goalkeeper Aaliyah Hernandez. It was her sixth goal of the season — tied for the third-highest total on the team.

With the honor, DeBerdine became the first Maryland player to win Big Ten Freshman of the Week since Bibi Donraadt did so on Oct. 22, 2018.

DeBerdine and the Terps return to the Field Hockey and Lacrosse Complex to face Michigan State on Friday.