The highs and lows of Gina Rodriguez’s career 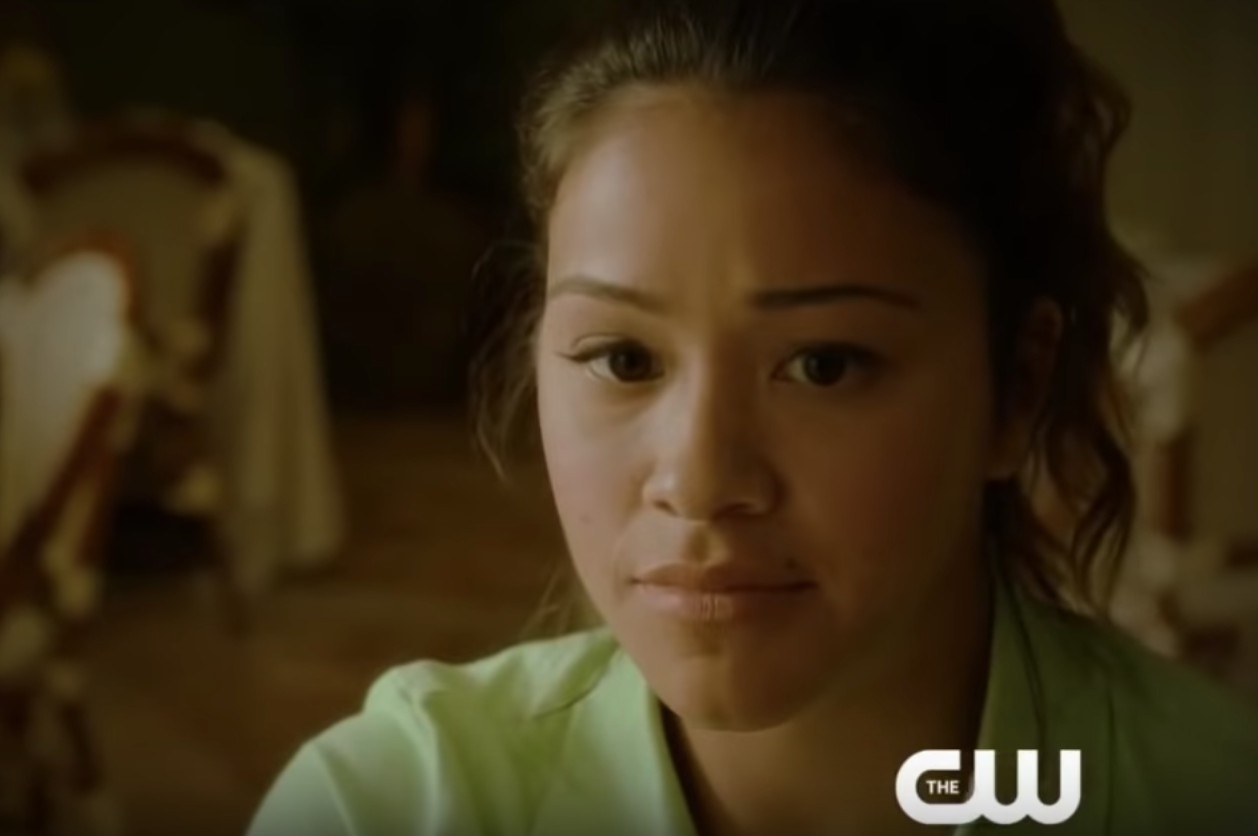 Gina Rodriguez in 'Jane the Virgin' (Photo via YouTube.)

Gina Rodriguez has certainly seen better days. As a self-confessed die-hard Jane the Virgin fan, I’ve spent a good amount of time watching her on screen, and following her ever-growing dramatic escapades on social media.

I listen to other pretentious English majors talk about how the show is too dramatic or shallow, how they could write something better — and I rage. Another confession: I think soap operas and paperback erotica are the ultimate feminist forms. So sue me.

But it’s time to look the real problem with Jane the Virgin in the face. It’s not the angst-hungry writers or the never-ending love triangle between three unlikable characters. It’s their anti-black star, Ms. Rodriguez herself.

Rodriguez has experienced mass publicity since the widespread success of Jane the Virgin. Not all of it has been positive — some of it has been truly enlightening. Take a look at the highs and lows of her officially-canceled career here.

[Read more: How the ban on unruly social gatherings could make UMD a bar school]

High: Her acting when she hears of Michael’s death in season three. Since Jane the Virgin has officially concluded, I don’t consider this a spoiler of any sort. But Rodriguez’s horrified scream set a new standard for telenovelas everywhere.

I don’t care if people think it was cheesy or over-acted — it traumatized me. I couldn’t watch the show for six months afterward. This scene will go down as a high.

Low: When she argued that Latina actresses were paid less than black and Asian actresses in a 2018 roundtable discussion on pay equality. This was a dip into casual anti-blackness. Some a la carte racism, if you will.

Was she completely incorrect? Yes. Could she have apologized for it? Maybe. However, her fans were certainly desperate to cling to her intended good faith. When her comments were quickly fact-checked and torn apart on Twitter, Rodriguez cried on a radio show, dismissing the criticism as clickbait instead of apologizing.

She also claimed she wasn’t anti-black because her Puerto Rican father was “dark-skinned.” By the furthest stretch of the imagination, that’s not true. This was definitely a low.

High: Remember when that Miss Bala trailer came out? I didn’t watch that movie and I’m not sure who did, but the trailer was the length of a feature film. I feel like I watched an entire thriller in 2 minutes.

The emotions. The outfits. The vast amount of tears we’ve come to expect from Jane the Virgin. It was all perfect. I couldn’t care less about the actual movie, but for Gina’s sake we’ll go ahead and put the trailer down as a win.

Low: When she cut off her interviewer’s comments to her Smallfoot co-star Yara Shahidi. Xilla Valentine’s compliment to Shahidi, “You are just goals for so many young black women,” was quickly cut off by Rodriguez’s correction: “So many women!”

Some took this as proof of her racism. Some took it as a foot-in-the-mouth moment, unintentionally tone-deaf. But Rodriguez’s insistence on not stepping down or apologizing for such a comment surely shows a lack of willingness to learn and grow, and her self-insertion into spaces meant for black women is long-standing.

Remember that suspiciously light-skinned Latina “power lunch,” or that perfectly-timed tweet about the lack of Latinx representation in Marvel movies while people were celebrating the release of Black Panther? It turns out that deleting criticized tweets is not a substitution for an apology.

High: Someone Great. This Netflix film featuring a deliciously sad story about letting go and moving on made the rounds online. It took Rodriguez back to her soapy roots and away from the bore of forced thrillers. Someone Great should have been a great high for Rodriguez to end 2019 on, making people slowly forget her problematic behavior, as I’m sure her PR team so desperately wanted.

Low: Saying the N-word on her Instagram story. Not sure how you get much lower than this.

If you haven’t caught up, Rodriguez rapped alongside Lauryn Hill’s verse in The Fugees’“Ready or Not” as her makeup was being done. Whether posting that to her public Instagram story was a mistake or whether she really hasn’t learned the impact of her actions is still in the air.

Low: The apology video for her saying the N-word was almost worse than the actual video. Never mind the implication that she always says the N-word when she sings along to The Fugees. It’s over for her.

Some have called the now-viral video a backhanded apology, what with the classic phrase, “I am sorry if I offended anyone” and Rodriguez’s patronizing tone as she expressed her love for the song. I think it was never meant to be an apology, just another insult. There’s no way you can watch the video and not realize how directly damaging it is.

Rodriguez has since posted a second, written apology on her Instagram, but for some it seems to be too little too late. Former fans don’t have time to wait around for someone who can’t help but insult the black community. Once may be a mistake, but the number of public mishaps Rodriguez hasn’t apologized for far outweighs the ones that she has.