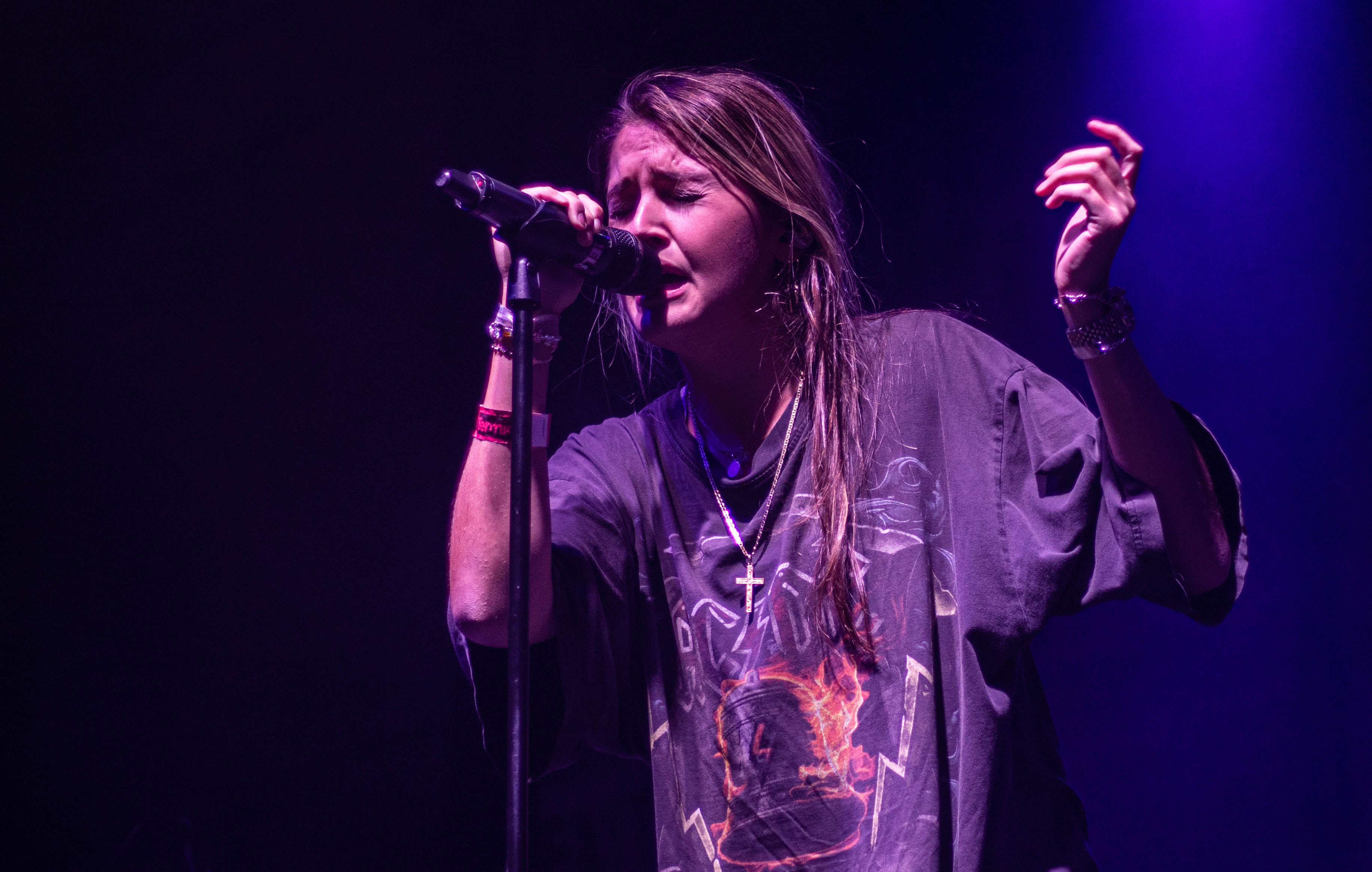 If you saw her on a college campus, you’d probably confuse Chelsea Cutler for a run-of-the-mill 22-year-old student. She’s young, soft-spoken and has a good sense of style. If you saw her on stage, however, there’s no way you could think she’s run-of-the-mill — not for a 22-year-old, and certainly not for a musician. When Cutler took the stage on Friday night for SEE’s 2019 Fallapalooza concert, she showed how extraordinary she was.

Dressed in an all-black outfit featuring an extra-large AC/DC shirt, Cutler kept busy during her hour-long set, whether she was singing, playing electric guitar or recreating melodies on the sampler next to her on the stage. A small supporting cast of a pianist and a drummer joined her, and Cutler stayed true to her college-age audience by performing a cover of The Killers’ “Mr. Brightside.”

But Cutler’s age is not the only thing that makes her feel relatable to many college students. She’s very outspoken about mental health, both in her music and on social media. She elaborated on the importance of this when she sat down with me before her show at Ritchie Coliseum.

“When I became more open about my mental health with my friends, my family, and my team, I was able to become significantly more successful at coping and managing it,” Cutler said. “It’s a cliché, but you really can’t do it alone.”

[Read more: Review: Sunset Rollercoaster’s Pie Shop concert was out of this world]

This ties into a certain duality that exists in a lot of her music — especially in a song like her Kygo collaboration, “Not Ok.” There, you have a fast-paced and sonically exciting song with an underlying sadness to it.

She brings the same dynamic style to her live performance. Some songs call for jumping on the drum kit and others feature her grabbing onto the microphone stand as if she’s holding onto it for dear life.

Perhaps it’s this yin-and-yang nature of her music that makes it tough to put into a specific genre. Songs like “Not Ok” and “Your Shirt” feel like electronic jams, but others, particularly her tracks with Jeremy Zucker, are stripped down indie-pop songs. Cutler loves this genre-bending approach to creating, however.

“It’s kind of nice to embrace the whole make-what-you-feel-like-making on that day,” she said. “If you created a product, that product is a reflection of whatever you were that day. That can change.”

[Read more: Review: I am an adult woman who went to a Mason Ramsey concert. Things got weird.]

Attendees of last year’s Fallapalooza were treated to some déjà vu when Cutler asked, “How many of you know Quinn XCII?” and then proceeded to perform “Flare Guns,” the song she and the 2018 Fallapalooza alumnus collaborated on. The two share the same management, a group of people Cutler credits heavily to her success.

The early co-sign from Quinn XCII certainly gave her a boost, but Cutler is making a name for herself now, and, having put out two solo albums and a joint project in the past two years, is proving that she can create at a high capacity.