UMD Police are investigating a reported burglary in Somerset Hall 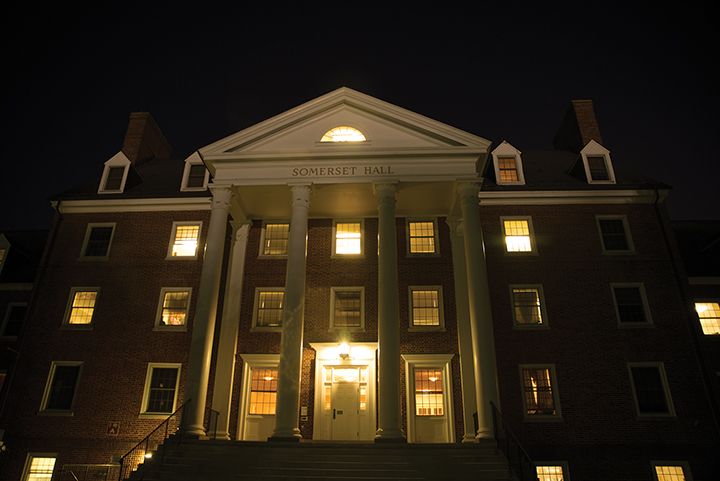 University of Maryland Police are investigating a burglary that occurred early Sunday morning in Somerset Hall, according to a UMD Alert.

A female student at this university reported to police that she entered her residence at about 5:10 a.m. on Sunday and saw an unknown white male sleeping in her bed, the alert read.

The suspect — described as college-aged, about 6 feet, 2 inches with a stocky build — was told to leave and was last seen walking down a stairwell, the alert read.

He was last seen wearing a white shirt with a cartoon character, gray shorts and sneakers, and appeared to be intoxicated, according to the alert.

Police are asking those who can help identify the suspect to contact them at 301-405-3555.