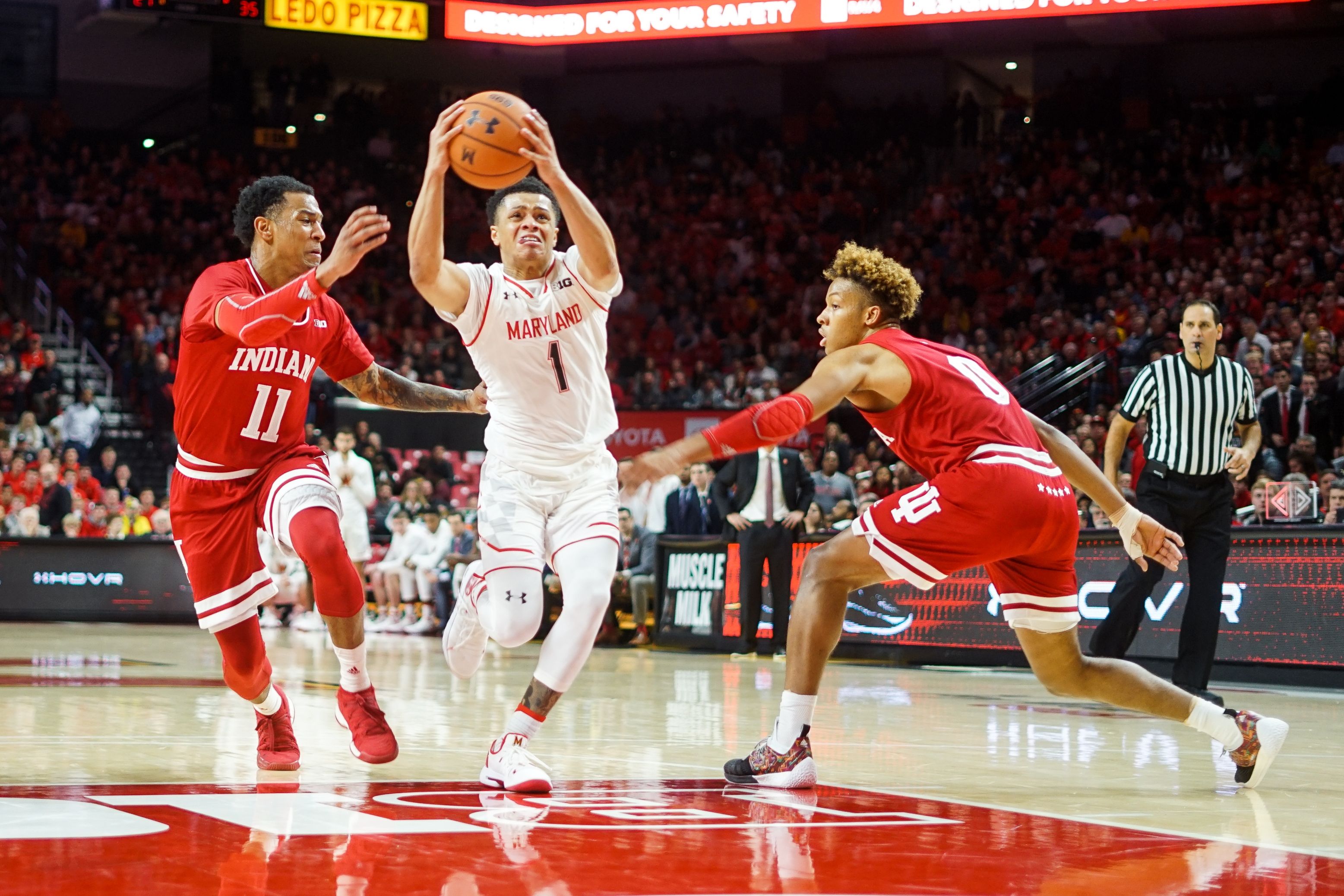 Guard Anthony Cowan drives toward the rim during Maryland’s 78-75 win over No. 22 Indiana at Xfinity Center on Jan. 11, 2019. (Corey Hart/The Diamondback)

Maryland men’s basketball guard Anthony Cowan suffered a concussion in practice this week and is expected to return to action early next week, a team spokesperson confirmed.

Cowan was not present at Wednesday night’s Midnight Mile event as he goes through concussion protocol.

The senior point guard is a unanimous All-Big Ten preseason honoree ahead of the 2019 season and is considered one of the top players in the country. He’ll be leading a Terps team with considerable expectations this year, ranked inside the top 10 in various preseason polls.

Through his first three years in College Park, Cowan has been a permanent fixture for Maryland. He’s started all 99 games of his career and led the team in scoring last year, averaging 15.6 points per game along with 4.4 assists.

He tested the NBA Draft waters after his junior year but returned for his final season, as did sophomore forward Jalen Smith, who finished third on the squad in scoring (11.7 points per game) and second in rebounding (6.8 boards per game).

Cowan and Smith will likely be key contributors for the Terps this year, but a slew of other pieces are returning, too, such as Darryl Morsell, Eric Ayala and Aaron Wiggins.