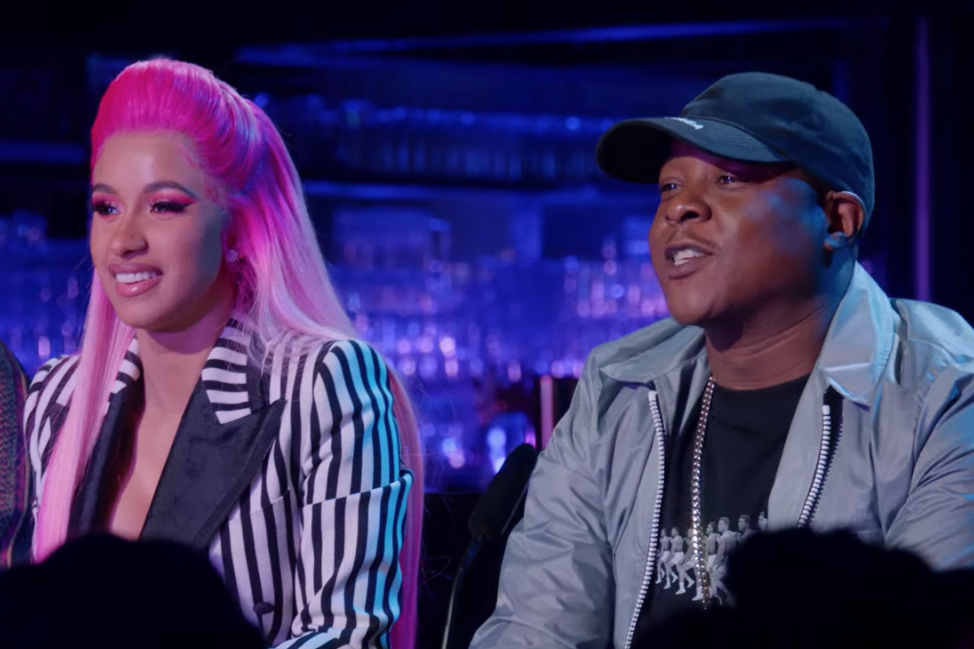 Lil Yachty, Lil Uzi Vert, Lil Pump and Lil Tjay are just a few of the rappers breaking the stereotype of what today’s hip-hop artists look like. They are young, if you couldn’t guess, and differentiating themselves with huge face tats and obscure stage names.

Most of rap’s fresh players started on SoundCloud and wrecked the traditional ways that musicians used to gained traction in the industry. While SoundCloud and the mumble rap it produces is popular, it is never long before a new trend takes over.

At first glance, the two streaming services do not seem like competitors. But now, Netflix is dabbling in the world of talent competitions and may have another way for unknown rappers to get industry clout. In the words of one contestant, young artists are “finally getting a chance to be heard.”

Netflix is addressing rap and hip-hop’s exclusion from traditional singing competitions with its new release, Rhythm + Flow and some big-name main judges including Chance the Rapper, Cardi B and T.I. It also promises appearances from stars ranging from Royce da 5’9” and Big Boi to John Legend and Quavo. The show is so stacked that Snoop Dogg, Anderson .Paak and the late Nipsey Hussle appear just a few minutes into the first episode.

[Read more: ‘Britt-Marie Was Here’ shows how an old woman journeyed to reclaim her life]

While Netflix is the land of binge watching, Rhythm + Flow is the first of a new release model for Netflix. The first four episodes, already available, feature four cities holding auditions. More episodes — where viewers can watch the contestants battle, make music videos and execute a large concert performance — will be released in the coming weeks.

Rhythm + Flow has the potential to keep viewers engaged as the weeks go on. Netflix is aiming to eliminate the last reason anyone might want to watch live television. Streaming services used to lack reality tv and competition programming, but this issue just may be resolved now. The show borrows some clichés from other competitions, but it feels exciting in the new context. Netflix also has the chance to change the trend of singing careers flopping post-competition.

Truthfully, Rhythm + Flow would not be well-received on television, especially given that shows like America’s Got Talent are so family-friendly. The series has every reason to thrive on Netflix given the anything-goes programming. It appeals perfectly to the young people that fuel both Netflix and rap music.

As Snoop Dogg says in the first episode: “This ain’t The Voice, motherfucka.”

While American Idol and America’s Got Talent are especially known for broadcasting viral sob stories, Rhythm + Flow handles the contestants’ lives with care. Viewers follow the poverty or death that may fuel many of the contestants’ passions for music. At times, it uniquely mimics other music documentaries by showing beyond the simple competition.

The judges repeatedly stress to contestants how they must share their unique backgrounds through their art. It is necessary to balance your identity and performance as a rapper. Rhythm + Flow allows viewers to gain insights like these into the rap industry standards and biases.

Cardi B especially stresses how important marketing yourself is. Given her notoriously loud and glamorous persona, she is the right judge to be making these comments. She is the absolute star of the panel with hilarious one-liners and cynical comments but is also brutally honest at times and the hardest to please.

I was most excited to see Chance the Rapper. But while he gives thoughtful comments, he seems so uncomfortable while sitting on the panel. He has no tolerance for gimmicks, though, and focuses on enunciation despite the rap game nowadays praising heavily auto-tuned mumbles.

While they’re honest, the judges are not cruel. Some rappers are better than others, but there are no “joke” acts. Rap is rightfully portrayed as a serious genre of music, and people of all backgrounds are represented. The performers rap their own lyrics, and their wide range of work reflects their various life experiences. Rhythm + Flow lets the contestants shine as bright as the celebrities. If it can retain viewers, it has the potential to innovate television yet again, along with the rap industry.