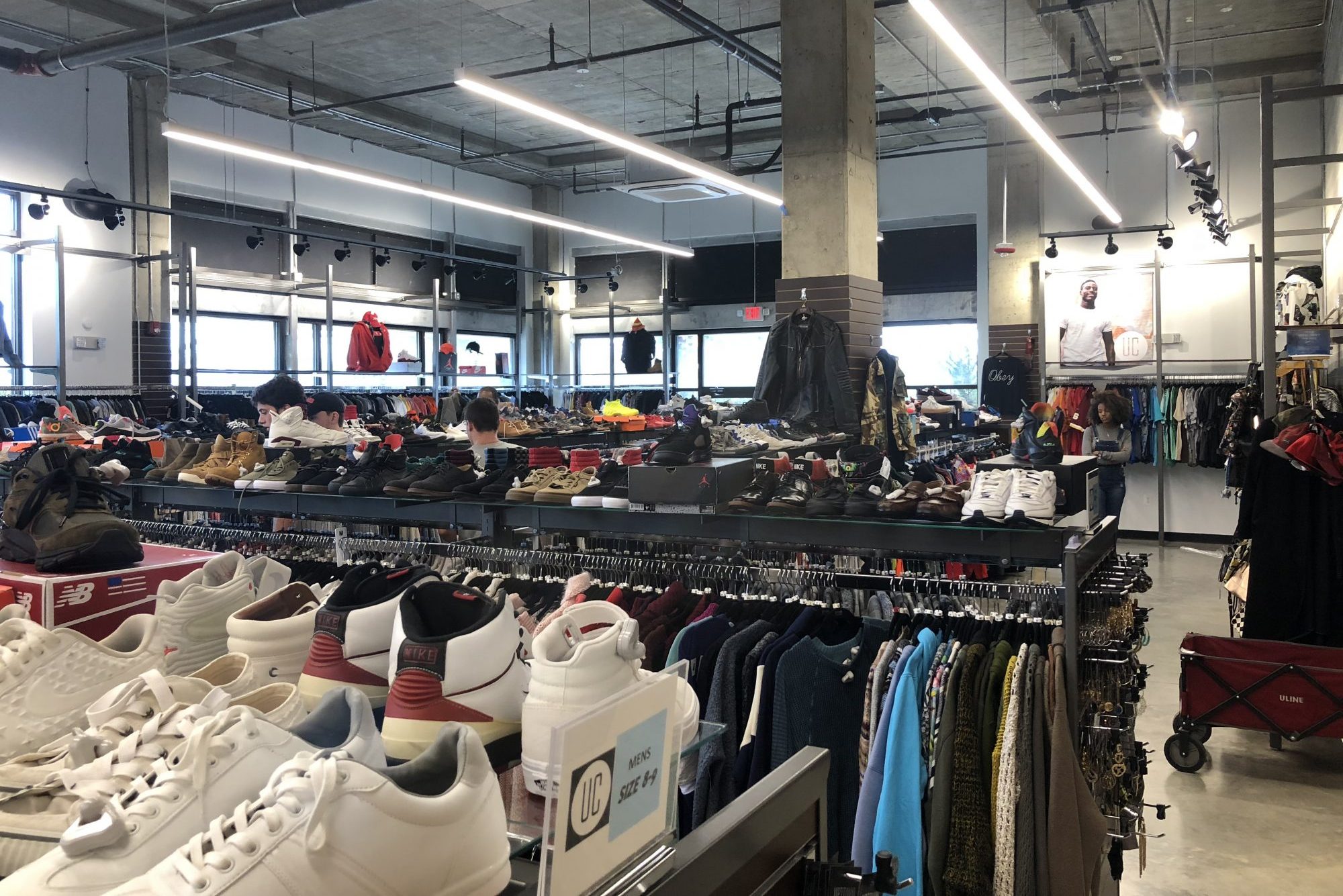 When Rugged Wearhouse left College Park last fall, University of Maryland students found themselves without a place to buy affordable clothing in town. But the opening of Uptown Cheapskate Sept. 26 may have solved that problem for many of them.

While Rugged Wearhouse was simply a retail store, Uptown Cheapskate buys from patrons and resells to customers — meaning they can function as a source of revenue in addition to just being a place to buy clothes. They’ll deal out cash or store credit for the apparel that you bring in, favoring brands from Zara and Nike, to J. Crew and H&M. Since their founding in 2009, Uptown Cheapskate has expanded to over 70 locations in 21 different states, including Rockville and Annapolis.

More established brands bring about higher prices, something senior information systems and operations management and business analytics major Tommy Deliso noticed when he went to the store over the weekend.

“For a thrift store, some of it was really pricey,” Deliso said. “[The selection] constantly changes, though, so I’d definitely go again.”

The Annapolis store was where Kelli Webber, a senior computer science major, first experienced Uptown Cheapskate. Webber works with Rendered Inc. — a business run by students at this university that resells clothes — and paid a visit to the College Park location for the first time last week, finding herself impressed with the store and turnout.

“The day that I went there were already a good amount of students,” Webber said. “But the distance might be kind of a turn off. We took an Uber there.”

Webber’s observation is a good one. The location, just north of Greenbelt Road on Route 1, might be a challenge if Uptown’s primary audience is college students living close to the university.

If students do make the trip, they will find themselves looking through a wide variety of apparel options. I saw a massive stock of shirts, pants, sweatshirts and hats, as well as an extensive selection of shoes in the women’s section. While I did think some of the clothes were expensive, everything was well-labeled, clean and organized — things that are often a concern at secondhand clothing stores.

As we enter the time of true autumn weather, you’re likely migrating away from shorts and tees toward hoodies and jeans. The new opening of Uptown Cheapskate might just be able to help with that.