University of Maryland Police issued citations for CDS violations and responded to reports of theft over the last week, according to daily crime logs.

On Oct. 2 at about midnight, University Police stopped a silver sedan for a traffic violation near Lot 9B, close to Xfinity Center.

As the officer spoke with the driver, a male student, they detected an odor of marijuana, police spokesperson Sgt. Rosanne Hoaas wrote in an email.

A search of the vehicle yielded a small amount of marijuana, and the student was issued a civil citation for possessing fewer than 10 grams of marijuana, she wrote.

A few minutes later, at about 12:10 a.m., an officer observed four people smoking marijuana along the treeline behind Oakland Hall, Hoaas wrote.

A male student gave the officer permission to search his backpack, and the officer found a small amount of marijuana. The student was issued a civil citation for possessing fewer than 10 grams of marijuana, and all four students were referred to the Office of Student Conduct.

Both cases are closed.

On Oct. 2 at about 3:20 p.m., University Police responded to the Mowatt Lane Garage for a reported theft.

A male student reported his bicycle was stolen some time between Sept. 23 and Sept. 25., Hoaas wrote. The bike had been secured with a chain lock, Hoaas added.

At about 5:20 p.m. the same day, police responded to the scooter parking area behind Calvert Hall for a report of a stolen motor scooter.

A male student reported that his black scooter, which was not locked, was stolen from the area between Sept. 27 and Sept. 28.

Police are reviewing video surveillance of the areas in both incidents, Hoaas wrote. 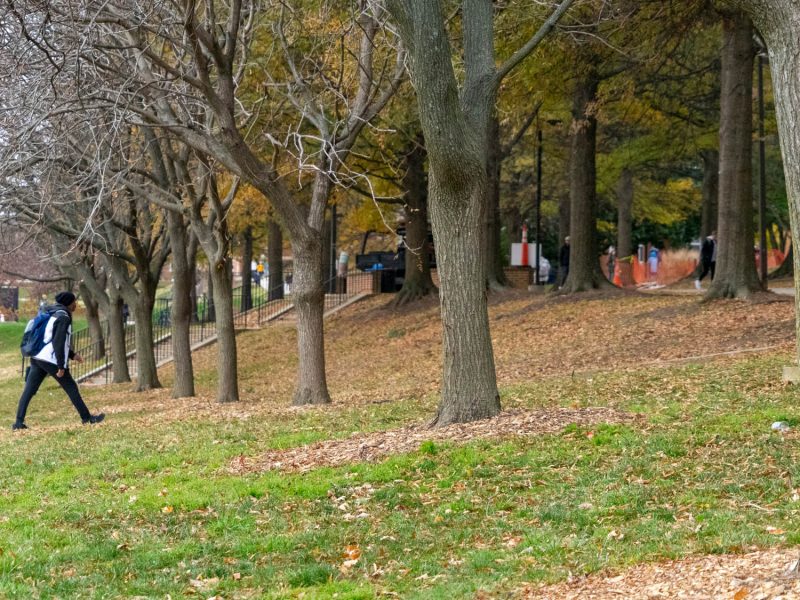