Review: Mt. Joy isn’t even close to its peak 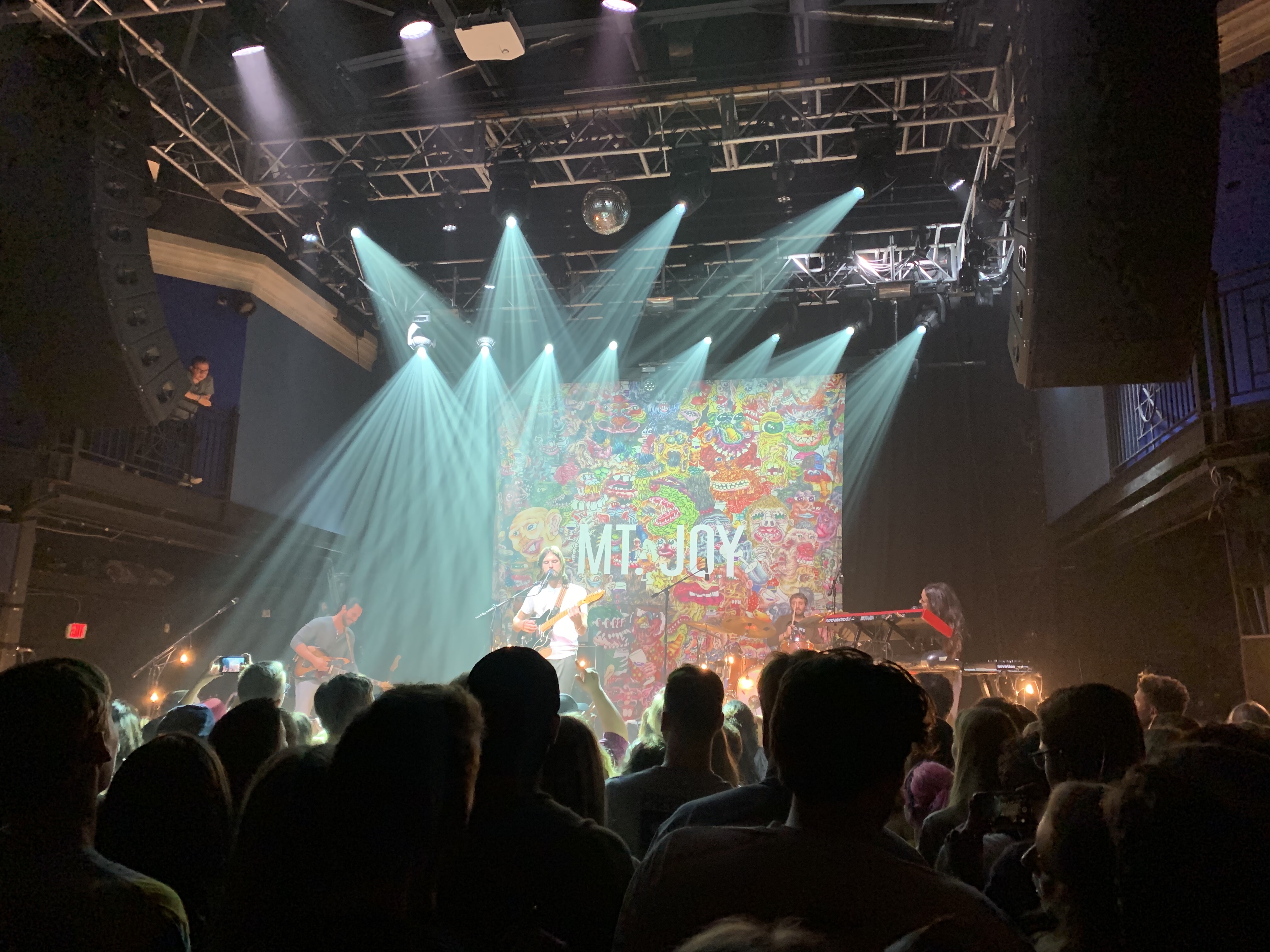 In early 2017, I got a text in a group chat with friends from home, encouraging me to check out some band started by a few guys that had graduated from Conestoga, our suburban Philadelphia-area high school. I did what I usually do when I see a group chat text – I ignored it. But 2 ½ years later, Mt. Joy can’t possibly be ignored, and the group’s performance at the 9:30 Club on Oct. 3 is proof of that.

Matt Quinn and Sam Cooper, the band’s founding members, became friends when they went to high school together. But Mt. Joy wasn’t conceptualized and created until the pair was reunited in 2016 in Los Angeles — 2,000 miles away. Add to the mix Michael Byrnes on bass, Sotiris Eliopoulos on the drums and, most recently, Jackie Miclau on keys, and you have a full-fledged band. A damn good one, too.

For a group that’s only been around for three years, Mt. Joy has seen more than a healthy dose of success. They’ve scored a No. 1 song on Triple A radio charts, performed on Conan before their debut album dropped, opened for The Head and the Heart and are now preparing to accompany The Lumineers on their Spring 2020 tour.

Their achievements won’t come as a surprise to you if you listen to their music – their humility and passion saturates everything they do. This combination is especially apparent during their live shows. In front of a simple canvas tapestry of their album cover, the five members delivered a lively show to a sold-out Thursday night crowd.

Quinn, the group’s front man, let the music do most of the talking and was soft spoken when he addressed the crowd, either thanking them or offering a short explanation for the next song. Miclau’s contribution on her two keyboards, while maybe less noticeable on recorded track, is vital to the band’s live performance — and she treated the crowd to an energized solo.

Mt. Joy gave us the hits we love like “Jenny Jenkins” and “Silver Lining,” which they closed with, as well as a number of unreleased songs, but also sprinkled in some unexpected additions including a cover of Buffalo Springfield’s famous counterculture anthem, “For What It’s Worth.” My personal favorite was a medley of their song “Julia” paired with Bill Withers’s “Ain’t No Sunshine” and Gorillaz’s “Clint Eastwood.”

The group’s focus has always been on songwriting, something Quinn stressed that younger artists should take seriously in an NPR Music interview. In addition to traditionally-structured ones, a few of their songs, like “I’m Your Wreck,” have really cool breakdowns or instrumental switches halfway through the track that transform it.

The band gets its name from one half of a pair of mountains in Valley Forge National Park, Mt. Joy and Mt. Misery. Exiting their concert leaves you with a feeling of both — joy for having seen them, but misery that it had to end.