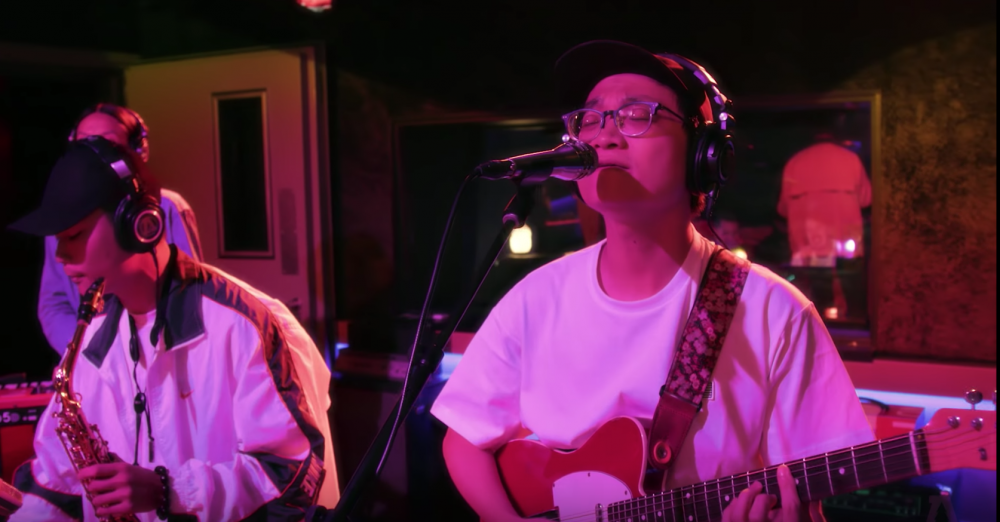 In 2009, two young men in Taipei, Taiwan posted their first demo on MySpace. For their profile, they had to think of a name. So, they took a picture on Photobooth using the rollercoaster background, and pretended to ride it. Behind that rollercoaster was a sunset. Thus, they decided to name the project Sunset Rollercoaster.

10 years later, Sunset Rollercoaster is a full-time ’80s-style band with sold-out shows around the world. The band is comprised of lead singer and guitarist Tseng Kuo-Hung — who goes by Kuo Kuo — Chen Hung-Li on the bass, Lo Tsun-Lung on the drums, Wang Shao-Hsuan on the keyboard, Huang Shih-Wei on the drum pads/percussion and Huang Hao-Ting on the saxophone.

Kuo Kuo describes Sunset’s sound as a tropical romance: a combination of funk, jazz and pop. “I kind of have that special feeling from a tropical weather,” Kuo Kuo said.

Sunset released their latest EP, Vanilla Villa, in May of this year. It was designed to be more of a collection of horror/sci-fi stories about aliens trying to capture the Earth, according to Kuo Kuo. Despite the scary storyline, the EP seems to have a very soothing sound.

“So, I think [people] can tell, kind of, it sounds really sweet, but it can be really terrifying at the same time,” said Kuo Kuo. “So, I tried to mix these two extremes together.”

Sunset Rollercoaster will be visiting the Pie Shop in Washington, D.C., on Oct. 10, one of their sold-out shows. Kuo Kuo said he’s thrilled and thinks it’s a miracle.

“I’m still trying to digest all that information,” said Kuo Kuo. “I want to see them and ask them, ‘Why you want to come to the show?’”

I, for one, am excited to listen to this story of alien invasion while (hopefully) eating some pie.