Review: Ryan Murphy’s ‘The Politician’ is just as messy as the US’ political situation 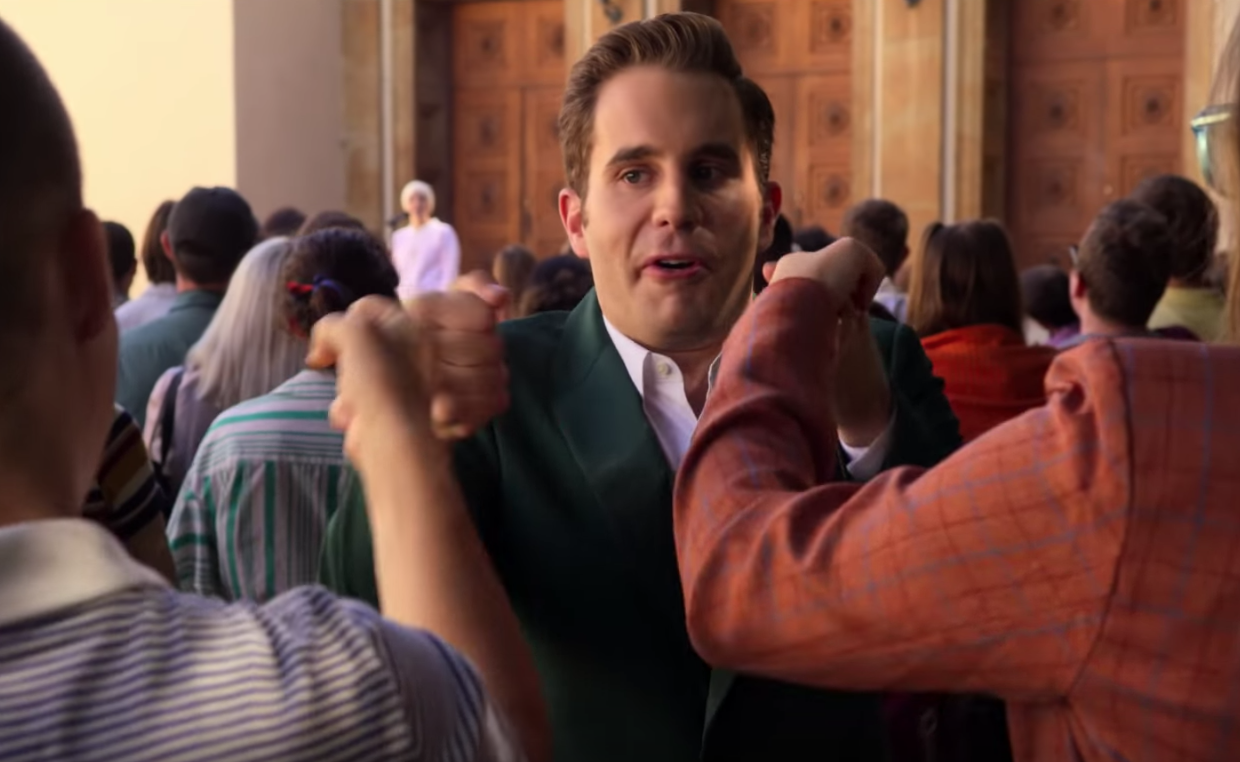 Ryan Murphy's 'The Politician' on Netflix (Photo via YouTube.)

If Ryan Murphy’s name is in a show’s credits, prepare for an absolutely wild binge-watching experience. Most of his fans will remember American Horror Story: Cult, where he portrayed his version of gruesome chaos in the aftermath of the 2016 U.S. presidential election. His latest series, The Politician, is another insane creation with new dramatically twisted commentary.

His Netflix debut is a standout, as the dramedy is a campy, warped version of high school shows. The streaming service is already bursting with cheesy teenage drama movies, but this is barely comparable.

The Politician is somewhat reminiscent of Glee, another Murphy classic. Both series tackle controversial topics under the innocent (or seemingly-innocent, in The Politician’s case) guise of teenage years. This show even includes a few musical numbers, thanks to Dear Evan Hansen star Ben Platt playing the lead. However, Glee addressed the realities of teenage pregnancy and sexual discovery with some lightheartedness.

The Politician’s excess and chaos overwhelms. The series mixes messy satire with political and cultural commentary. Viewers are technically not supposed to watch with politics in mind, but it’s pretty impossible to do so,  given the current political turmoil. Watching The Politician evokes the same anxiety I feel after reading the news.

The eight episodes focus on Payton Hobart (Platt), an overachiever with the strict goal of becoming president of the United States. His first step to world domination is becoming student body president of Saint Sebastian High School.

Despite his incredible motivation, viewers can tell within the first five minutes Payton has no substance. It’s obvious he’s completely driven by his singular, overwhelming goal, making him an annoyingly perfect replica of most U.S. politicians.

He proves his sleaziness when he insists on picking his VP from the “special ed class” to humanize himself and his campaign. He settles on Infinity Jackson (Zoey Deutch), a “cancer patient.” What Murphy’s characters lack in morals, they make up for in money.

While most of The Politician focuses on the extra-ness of Santa Barbara and its inhabitants, Elliott Beachman (Russell Posner) is one of the show’s most attention-grabbing characters. A more typical high school student, and the exact opposite of Payton, Elliott does not care much about anything. His lack of interest in the election is comical, especially given the candidates clamoring for his undecided vote. Despite their efforts, he does not vote anyway. While it is funny, Elliott’s calm aloofness can easily infuriate some viewers.

There are many more Elliotts in the world than some may like to admit, and they hold more power than many realize. You always know when someone is passionate about politics, likely because their opinions litter your Twitter feed. Yet, the Elliotts are a quiet portion of the population that goes on without a care. He is the epitome of a privileged group that does not have to worry about who runs the country.

This conversation spans beyond Elliott, as The Politician is largely a discussion about privilege. Many underrepresented identities are portrayed in the series, and it’s packed with LGBTQ characters. Murphy continues to be a champion of showing cases in which people are forced to suppress their true identities to thrive, or survive, at the most basic level.

Overall, The Politician is a gross exaggeration of what teenagers are capable of, no matter how much money their parents have. Perhaps the often terrifying Gen-Zers have more power than some may like to admit. Still though, the series’ gaudiness is borderline bad, especially coming from the genius of Murphy.