Academic calendars need to meet community needs. Each county should set its own. 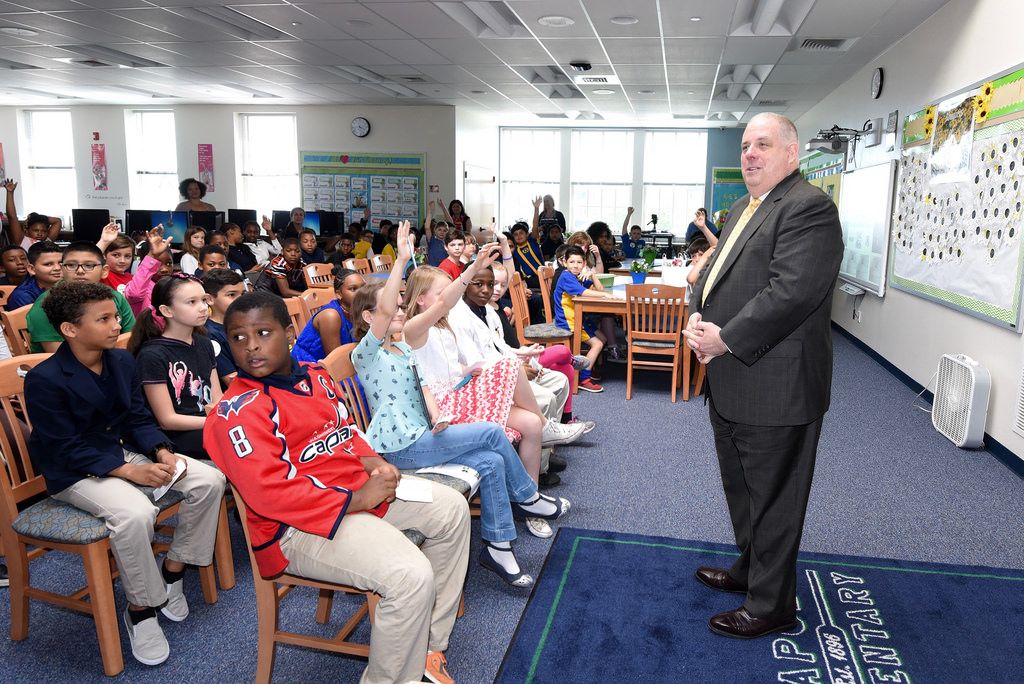 At the end of March, the Maryland General Assembly overrode Gov. Larry Hogan’s veto of its legislation to rescind one of his executive orders, which mandated Maryland public schools start classes after Labor Day and close before June 15, while also being inclusive of 180 instructional days and five emergency planning days. Now, as school districts are planning their new academic calendars, they feel the effects of this positive move. It brought power back to local counties because school districts — not the state — should decide their start dates.

A statewide poll found that 56 percent of individuals agree that the academic year should start after Labor Day, while 40 percent believe school boards should have control over their calendars, showing that Marylanders overall prefer the later start date. For the 2020-21 academic year, eleven school systems have confirmed that they plan to start before Labor Day, with 10 school districts not commenting on whether they will switch.

So, although there’s been a considerable number of school districts that prefer starting before Labor Day, that didn’t align with the policy that came out of it. If legislatures care about their constituents, then the power to determine school start times should be given to school districts, as they are better suited to meet the needs of their communities.

It makes sense why the state wanted to create a uniform start time. Extending the summer by an additional 12 days has generated the state and local governments an additional $115 million in revenue, which has a positive impact on Maryland’s economy. However, the distribution of revenue generated is not equal throughout the state — tourist areas such as Ocean City, Deep Creek Lake and Baltimore’s Inner Harbor benefit the most. Having a uniform start time neglects to consider the impacts of that start time on specific communities, especially those that do not see additional local revenue.

When creating academic calendars, there are several factors to consider, and it’s important to be aware of community-specific challenges. Local school districts can better cater to those challenges when they have control over their calendars. For example, Montgomery County schools have a diverse student body. Requiring a later start date coupled with an earlier summer release date neglects planning for religious holidays, resulting in the county eliminating them from the school calendar. Students who are absent for religious holidays would be excused; however, there is a significant population of students who celebrate these holidays, and it does not make sense to keep schools open for that day when absentee rates are high.

Another issue with earlier start times and the standardization of the school calendar is the effect on low-income families. Adding extra days to summer requires low-income families to find and pay for more childcare when school is not in session. It also affects families who rely upon on free or reduced meals to improve food security for their children. Food scarcity also affects certain parts of the state more than others. About 22 million American schoolchildren depend on free or reduced-price lunches at school, and federal summer meal programs typically only reach about 15 percent of them.

Community needs are not the only factor that the state has overlooked when deciding to have a post-Labor Day start. The uniform start time does not consider the effects of a longer summer including the effect on students’ learning and the achievement gap.  A longer summer just extenuates the students’ brain drain. The National Summer Learning Association has found that students can lose up to three months of math and reading skills over summer vacation. One explanation for this finding could be that learning material requires continuous practice and going prolonged periods without practice causes one to lose those skill sets. This lack of knowledge retention affects low-income students the most. Unable to afford summer camps, low-income students can, by the fifth grade, fall up to three years behind their peers.

Additionally, these students are not receiving the benefits that summer programs provide. The Afterschool Alliance found that attending summer learning programs is likely to prevent drug and alcohol abuse and reduces criminal activity and student dropouts. Extending the summer just exacerbates issues within our educational system and prevents closing this gap. Children’s achievement and education should not be hindered because of socioeconomic status. If we want all children to retain more information, we should shorten the summer and allow for more breaks during the year.

Overall, counties know what works best for their community as they are more aware of the most prevalent issues. The state shouldn’t be steamrolling their input. In order to meet student needs, school districts need to be able to determine their own calendars so they can put students first.

Kayla Roy is a sophomore biochemistry and microbiology major. She can be reached at kayrroy12@gmail.com.