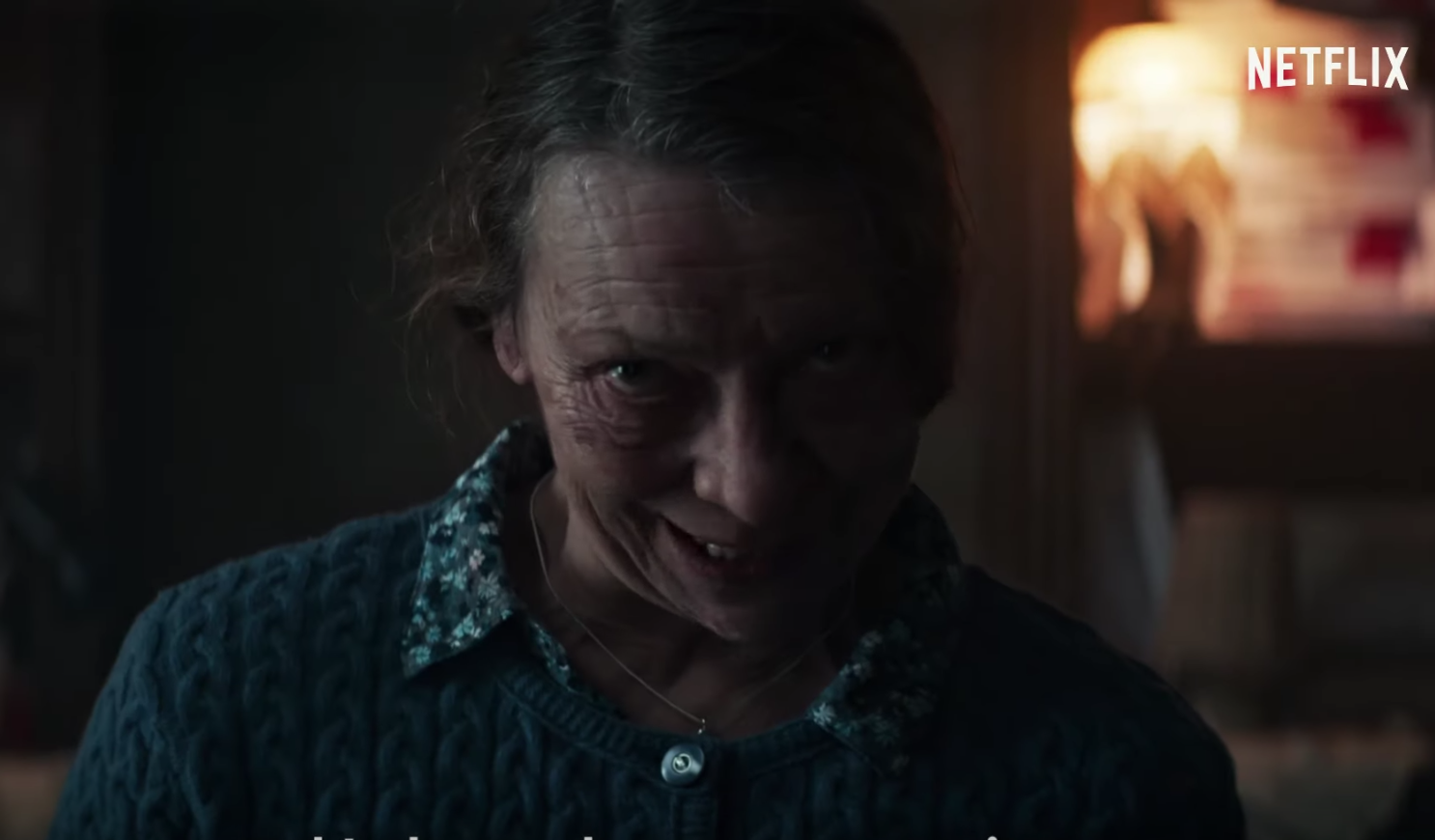 'Marianne' is on Netflix for this spooky season (Photo via YouTube.)

2019 has been an intense year for horror. Jordan Peele’s Us and Ari Aster’s Midsommar have provided original and creepy material throughout this year, but there are plenty of thrilling (if less original) horror options to look forward to this fall.

As spooky season comes around once again, I’m here to make sure you spend it right by curating a list of the top thriller and horror flicks for the month. Some are out now and some are on their way, but all will be — at least mildly — terrifying.

Although it was released earlier this month, Netflix’s original French series Marianne may be exactly what you need to get you through the long wait to Halloween.

The series pulls out all the classic horror go-tos: an old woman creeping around the house, excessive jump scares and waking up to creatures leaning over your body. Everything you need to have the absolute crap scared out of you.

The fact that it’s in French makes it all the more beautiful and terrifying: There’s something about those lilting vowels and soft, romantic tones that make the knife-wielding witch grandma all the more disturbing.

And if that doesn’t sell it for you, then maybe an endorsement from the king of horror himself will do the trick. Marianne received praise this week from Stephen King, who encouraged fans to watch the series.

Speaking of Stephen King, most people, horror fans or not, know that IT: Chapter Two is currently in theaters. But those who don’t want to leave the house for a horror film can look forward to In The Tall Grass, based on King’s novella of the same name, which will be released on Netflix this week.

Reminiscent of Children of the Corn, this Netflix original shows a group of people lured into a supernatural field by calls for help from a mysterious little boy. If anything is guaranteed to be scary, it’s a creepy child who has an obsession with death.

If your preferred brand of horror comes in the flavor of gore, then this is the film for you. The film has a touch of Saw-esque violence and hits all the classic tropes. Carnival games, clowns, a slowed down children’s song in the background of the trailer — what else could you ask for?

I would not recommend watching this movie alone, unless, for some reason, you totally lack the ability to be afraid. It will have you avoiding haunted houses, but Haunt is the perfect Halloween watch.

This is a prized series for people who can barely handle their horror, like me. If you’re a fellow wimp, then you should be ecstatic that you can mildly creep yourself out by watching the sixth season of the popular web series, Buzzfeed Unsolved- Supernatural, instead of crying in the movie theatre.

The first two episodes, which are already on YouTube, explore the mysteries behind Area 51 and the haunting of the St. Augustine lighthouse. Will Shane and Ryan finally catch a ghost? Probably not. But feel free to laugh at their pain from the safety of your bedroom while they force themselves to spend the night in possessed and haunted houses.

Although it won’t be here in time for Halloween, Dr. Sleep, the sequel to The Shining, will be released just after, when you’re still in the spooky spirit. Yes, I know this is the third mention of Stephen King on this list. I’m sorry. But there’s a reason why he’s so famous — his stuff is scary! It would be remiss to miss out on the sequel to such an iconic film.

Dr. Sleep follows adult Dan Torrence, the “Redrum” boy, as he tries to stop “The Shining” from happening to other children. This artistic and creepy sequel is fundamentally different from the IT sequel. While the creators of IT remade the original ’80s classic before returning with IT: Chapter Two, the modern film Dr. Sleep directly follows The Shining, which was released in 1980. No matter how scary it turns out to be, seeing the stylistic and technical transitions between the two will no doubt be interesting.