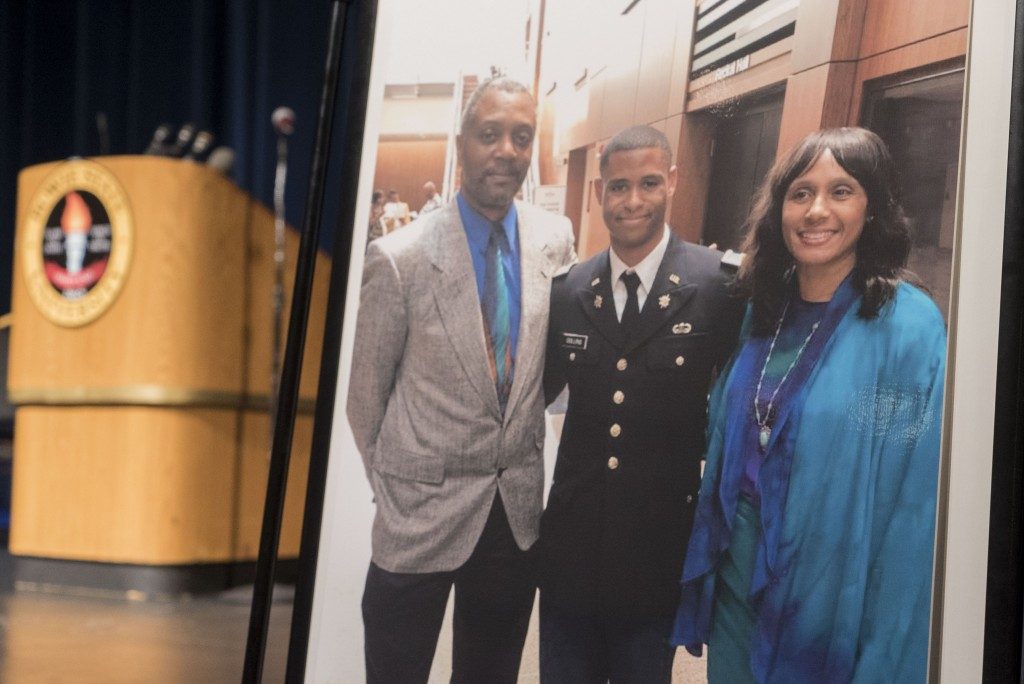 Maryland’s U.S. Senators introduced legislation Thursday in honor of 2nd Lt. Richard Collins, a Bowie State student who was stabbed to death on the University of Maryland’s campus in 2017.

The Second Lieutenant Richard W. Collins III Memorial Act — introduced by Democrats Chris Van Hollen and Ben Cardin — would allow ROTC graduates who die before receiving their first duty assignment, like Collins, to be treated the same as a member of the Armed Forces who die on active duty.

Families of members of the armed forces who die while on active duty are eligible for an array of financial benefits from the federal government.

The bill comes after a group of Maryland congressman — Cardin, Van Hollen, Brown and Rep. Steny Hoyer, whose district includes both this university and Bowie State’s campuses — sent the Army a letter in July, asking for military honors for Collins and benefits his family was denied.

“Lt. Richard Collins’ death was a heartbreaking tragedy,” Van Hollen wrote in a Thursday press release. “No military family grieving a loved one should have to deal with the added burden of bureaucratic red tape.”

Sean Urbanski, a white former student of this university, is charged with murder and a hate crime in the death of Collins, who was black. The trial is set to begin Dec. 9, after being delayed for a fourth time in July.

[Read more: Sean Urbanski’s murder trial has been delayed for a fourth time]

Collins received his commission two days before his death, and was set to graduate Bowie State two days after. He had plans to serve overseas after completing training in Missouri.

His death rocked the two campuses, and drew national attention after police discovered Urbanski was part of a Facebook group called “Alt-Reich: Nation,” which shared racist images. The group has since been deleted.

“The horrendous circumstances of his death were compounded for his family by a system hamstrung in its attempts to support one of its newest officers,” Cardin wrote in the release. “Our hope is that this legislation can bring solace to the Collins family and future families who are forced to cope with the untimely loss of a loved one who had made a commitment to serve our nation.”