Review: Nintendo released a ‘Mario Kart’ app, and it will make your inner child angry 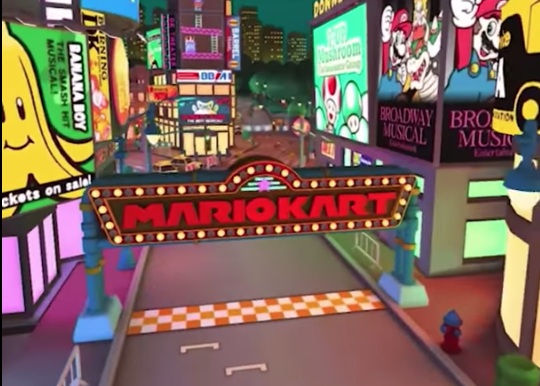 I, a 20-year-old adult, keep my Nintendo DS in my desk drawer. It’s always in close reach, just in case. Some may judge me for never aging out of playing Mario Kart or Cooking Mama, but I will continue to play them until I find better ways to procrastinate.

Many young adults happily recall spending hours on their DS or Wii while laughing with friends or screaming at the screen in frustration. So, when a trailer for a Mario Kart app dropped at the end of August, I was ridiculously excited. I even put a reminder to download it on my calendar and hoped that this would be a more socially acceptable version of the game.

In reality, Mario Kart Tour is a let-down. The trailer teases Nintendo’s old audience with the classic characters, same powers and similar tracks. Unfortunately, the actual game is structured very differently. It mimics any random racing game in the app store already, just with the Mario characters sloppily placed in. As someone who is strictly a Mario Kart fiend rather than a gaming or racing fan, this automatically made the app less appealing.

The new version feels intense. It is packed with new features in an unfamiliar layout, including stats that I’m still trying to understand. Good luck to any actual child trying to play this game. I prefer the kind of intensity I felt as I tried to avoid falling off the track in my last lap on Rainbow Road in the original version.

Nintendo does give players the old characters they know and love. However, users cannot simply choose one, select a kart and begin racing. Instead, they start the game with only one character, and are forced to unlock the others. This is disappointing, especially for players who downloaded the app purely for nostalgia’s sake. Nintendo is probably trying to capitalize on the in-app purchase feature and is attempting to make Mario Kart Tour more addicting. However, its many failures are much stronger reasons to delete it than to keep it.

Racing is the point of the game, but is also its biggest confusion. There are no controls, as players simply tap and swipe to navigate the tracks. While I felt like I was racing at 20 mph, I barely had control over my kart. Since I am not a “gamer girl” by any means, I had to deal with a learning curve. To make matters worse, though, players cannot fall off the tracks. Despite having embarrassing driving skills, I still came in first on most tries.

It is definitely fair to excuse technical difficulties during an app’s initial release, especially for one with such a massive following. However, some details were just sad. As a child, Mario Kart was a social game whether it was on the Wii or DS. Now, multiplayer is “inbound” and players will have to ride solo until it arrives.

Overall, Mario Kart Tour is absolutely not giving me any reason to move my DS from its rightful home: in my hands. While the app is free, it is certainly not worth the $4.99 subscription that the creators advertise. While Mario Kart Tour has the potential to be intense if you are playing with friends — separately, of course — it simply does not compare to the game that this generation remembers so fondly.