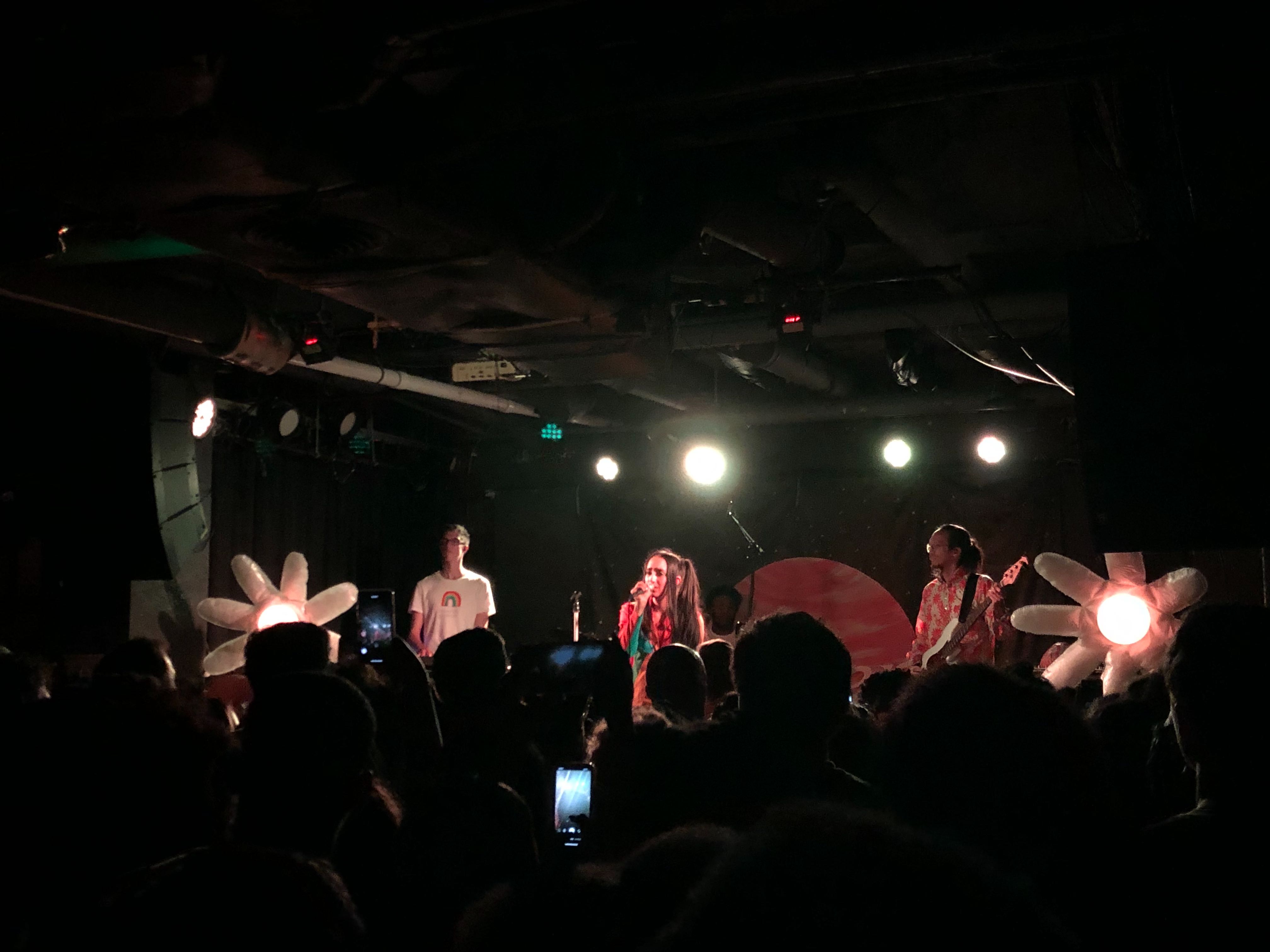 When I attend a show to write about it, I can forget how to process things like a normal human. Viewing a performance through a critical lens, for me, is usually tinged with a bit of cynicism.

Sometimes you’re just not in the mood to stand in a packed concert hall, all by yourself for four hours. But I’m not going to this concert because I want to have a good time with friends — I’m going to observe and to share the observations I think are most interesting. It’s literally my job.

I preclude my thoughts on Raveena’s show that way because I did not want to be there: My knees hurt from the concrete floors, I was tired and had skipped dinner to get there on time. Then I remembered how long the line was to get in, felt the energy and heat from the people surrounding me and I decided those were good enough reasons for me to give her show a chance — and I am so glad that I did.

[Read more: The many stages of learning to like “Don’t Call Me Angel”]

Her set design and lighting were unassuming: Two simple fabric flowers were placed on each side of the small stage at U Street Music Hall. Her entrance was nothing crazy. She walked on, greeted the crowd and immediately commanded the room with this gentle power that I struggle to describe.

I hate it when music reviews linger on the physical appearance of a female artist because it’s usually cringeworthy and irrelevant to the rest of the piece. But Raveena’s beauty was striking – and it wasn’t solely the way she looked. I know my ‘thing’ is to be crass in everything I write, but I swear she had this sort of aura about her — it was like love was just radiating from her body.

I thought, maybe, I was just reverting back to her music, songs that speak of self love, healing and empowerment. But quickly after starting, she asked the crowd of about 500 people to close their eyes and silently join in a group meditation — a brief moment to ‘clear negative energies.’ She spoke of healing from traumas and becoming less hardened despite what life has dealt us. As she guided the breathing pattern, I looked around the crowd and saw a stillness and willingness to listen that felt sort of … spiritual.

Raveena came across to me as effervescent. I thought a lot about how to describe her without cheapening her stage presence, her clear connection to her lyrics, her band, her audience. Effervescent was the only word that seemed apt to me. She has a sort of lightness, a calm joy that is entrancing in a good way, so pure that I honestly questioned how genuine it was.

What initially could have been interpreted as a feigned display of ~peace and love~ quickly proved to just be an artist with (and I hate to say it) good fucking vibes. Her voice is crisp, with a controlled strength and soulful quality that is so precise it seems effortless. When she announced the end of her set, there was an audible negative reaction from the crowd — the kind of “Noooo!” you give to a friend you want to keep talking to until late in the night.

I worried that my own mental state at the start of the show would interfere with this, but if anything, it’s proof of the power of a magnetic artist and a well-curated set. I left Raveena’s show with a smile on my face and a deep belief that she is well on her way to stardom.

CORRECTION: Due to an editing error, a previous version of this article incorrectly stated that the floors in U St. Music Hall are made of cork. They are made of concrete, and the dance floor is cork-cushioned. This story has been updated.