What the Emmys lacked in entertainment, it made up for in show-stopping fashion 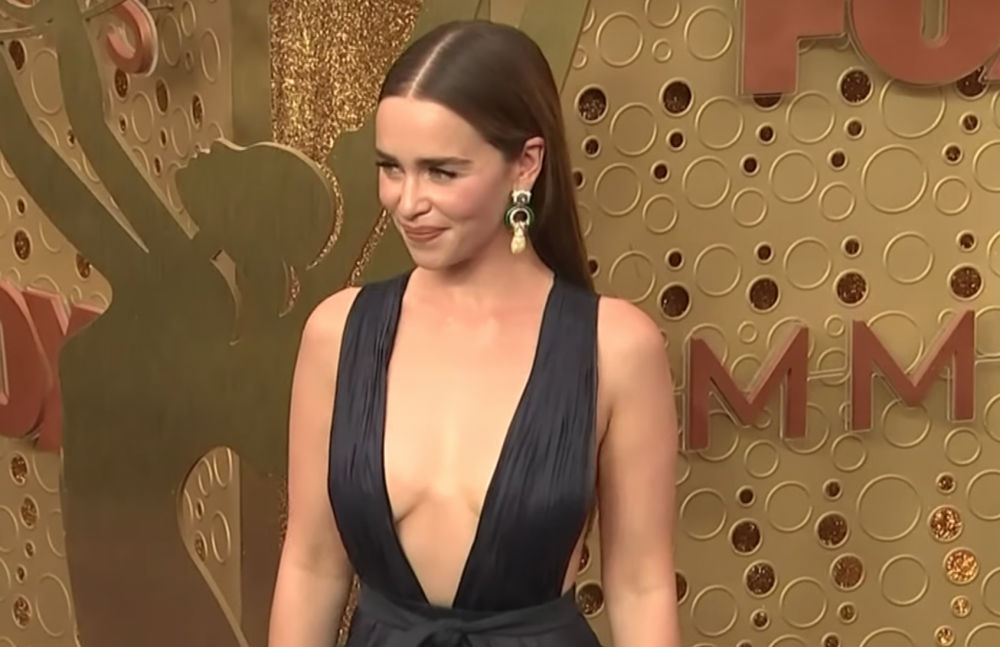 If you are an E! News red carpet junkie like myself, strap in — I have a lot to say.

On Sunday, the 71st Primetime Emmy Awards aired with no host, and less-than-funny skits between awards — but thank God for its saving grace: FASHION. Award shows would be nothing without custom-made gowns and statement accessories, and this one was no different.

Right off the bat, the biggest surprise of the night was the overwhelming amount of pink and red outfits. When I saw Mandy Moore’s Brandon Maxwell dress, I nearly fainted. The look was perfectly crafted, with her hair styled in big, glamorous, Old-Hollywood curls. But then, in walks Moore’s This is Us co-star Susan Kelechi Watson with an extremely similar gown. And then, Taraji P. Henson in a Vera Wang number. By the time Marisa Tomei rolled in, I was over the color scheme entirely.

Gold was another popular trend on the purple carpet Sunday night, though I think it was much less successful than the Valentine’s Day-themed outfits mentioned above. Amy Poehler strutted in wearing a jumpsuit with an undone black tie and camel toe that couldn’t have been less flattering. Russian Doll star Natasha Lyonne was sporting a similar getup with a long-sleeved, ’70s-esque dress and a large bow at the collar. Though not as bad as Poehler’s, this definitely wasn’t my favorite outfit of the night.

Two showstopping looks came from fashion-conscious men Billy Porter of Pose and RuPaul of RuPaul’s Drag Race. Porter was dripping in jewels, down to his blinding manicure, and donned a hat bigger than my goals for the future. RuPaul had an equally extravagant look in his silk pink and black-detailed suit.

Porter’s Pose co-star MJ Rodriguez also showed up, sporting a bright pink ballgown with black bows at the waist. The dress, designed by Jason Wu, was feminine but sleek and put-together at the same time.

Orange is the New Black star Laverne Cox, stunning as always, came dressed to the nines with a layered, ruffled Monsoori gown. Her waist was cinched for the gods and the accent piece on her shoulder completed the look. The icing on the cake was the rainbow clutch she carried that read “Oct. 8 Title VII Supreme Court,” a reference to the date when the Supreme Court will consider federal employment protection for the transgender community.

The title for worst dressed of the night has to go to Kendall Jenner. For someone who wears clothes for a living, I was very unimpressed with what she pulled together. She came out in a patent-leather, mock-neck, long-sleeved top under a strapless black mermaid gown covered in pink flowers. If that was not a clear enough description, let me help you out. It was a mess.

[Read more: What you should know before renting property in College Park]

My absolute favorite look of the night was Zendaya’s. In a gorgeous green Vera Wang number, the Euphoria star owned the purple carpet. The dress was a classic shape, but looked revitalized, with a long slit up the leg and nude mesh on the corset. The minimal accessories accentuated her figure so nicely. My jaw dropped.

It’s always a pleasure to see expertly-crafted looks on television’s most popular entertainers. Though many of my favorite actors and actresses of the night underwhelmed me, the good moments were really good, and if nothing else, the bad moments were kind of funny.