Baltimore can’t trust its police, so why should it trust its surveillance? 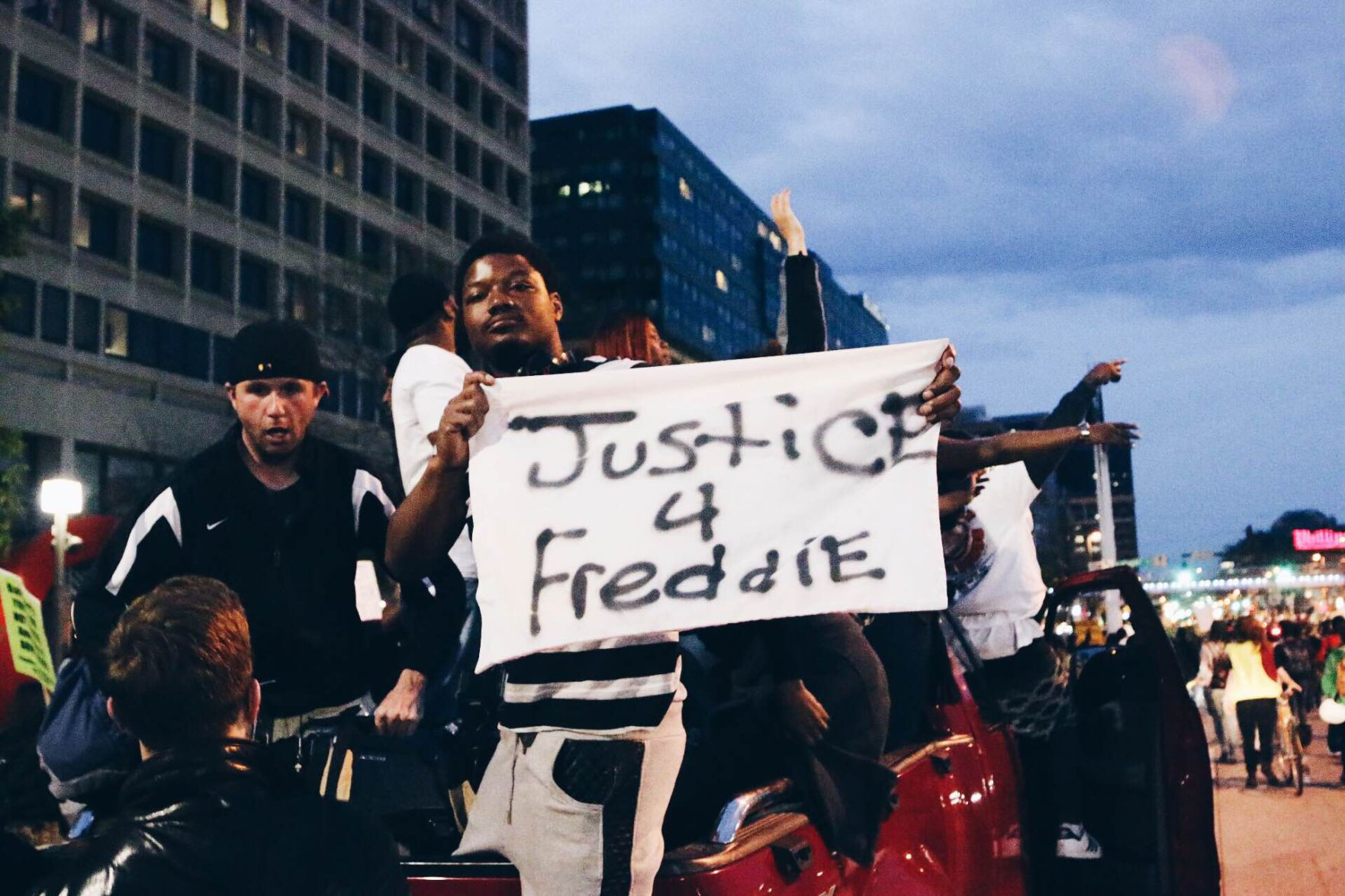 Protestors took to the streets of Baltimore after the death of Freddie Gray.

On June 23, 2016, crowds of people stood outside the Baltimore City Circuit Court. They were awaiting the verdict for Caesar Goodson, the only officer facing a murder charge for the death of Freddie Gray, a 25-year-old black man who fell into a coma and died after officers failed to secure him in their van according to procedure. Gray’s death became part of a public outcry over police’s use of force, setting off a wave of protests in Baltimore City that boiled over into violent unrest. As the city held its breath during the trial that would eventually result in a not guilty verdict for Goodson, a small surveillance plane was doing its usual rounds above the city.

Just last week, Gov. Larry Hogan promised $21 million in funds to the city’s police department and recommended it start using the plane again, claiming it would help fight gun violence in a city that now has the highest homicide rate of the nation’s 50 largest cities. Introducing aerial surveillance to communities plagued by gun violence is not unique to Baltimore. However, Baltimore police have been plagued by many scandals, among them the findings of a 2016 federal Department of Justice investigation which found BPD targeted black residents and protestors for unconstitutional stops, searches, seizures and arrests. This report confirmed what many people in Baltimore’s black community had been saying for years — and it just drove a wedge further between the police and the communities the department is supposed to protect, even without the fact that at the same time the report came out, BPD was flying a surveillance plane over the city without public knowledge.

While police haven’t yet decided whether to use the surveillance plane program, the fact that BPD has used the plane in the past without telling Baltimore citizens should be a warning of the new abuses of power and civil liberties that such a piece of surveillance technology could bring. In a city where racially-biased policing is so prevalent that the federal government has called it out, how would BPD ensure that surveillance flights over communities of color wouldn’t infringe on residents’ constitutional rights? And although the rising homicide rate is definitely cause for law enforcement and Baltimore’s public to take action, it is important that the surveillance plane doesn’t become yet another tool for racially-biased policing.

In 2017, an indictment revealed BPD’s Gun Trace Task Force, which was created to get guns off the streets, had been robbing people and breaking into homes for ten years. Around 800 convictions — convictions that came from arrests made by the Gun Trace Task Force — are set to be requested to be overturned by the city’s state’s attorney. This was a group of officers who were supposed to prevent gun violence in vulnerable communities, but who ended up terrorizing them instead. These abuses of police power are the reason why after incidents of racially-biased policing, crime rates go up and crime reporting goes down.

If BPD chooses to carry out an aerial surveillance program with the purpose of decreasing gun violence, it must be ready to justify why certain areas necessitate constant surveillance from above — and explain how this attempt to curb gun violence won’t result in yet another abuse of power and civil liberties. There’s no debate that Baltimore’s situation is desperate. While desperate times sometimes call for desperate measures, desperate measures in the hands of a police force mired in corruption and bias might not be the best idea.

Even if Baltimore’s aerial surveillance program isn’t implemented today, the issues such a plan raises about governments’ increased surveillance capabilities are universal and should be cause for concern. After all, if citizens don’t take a stand on surveillance, governments will decide for them.