“Two careers that I love”: This UMD professor teaches public policy and creates it 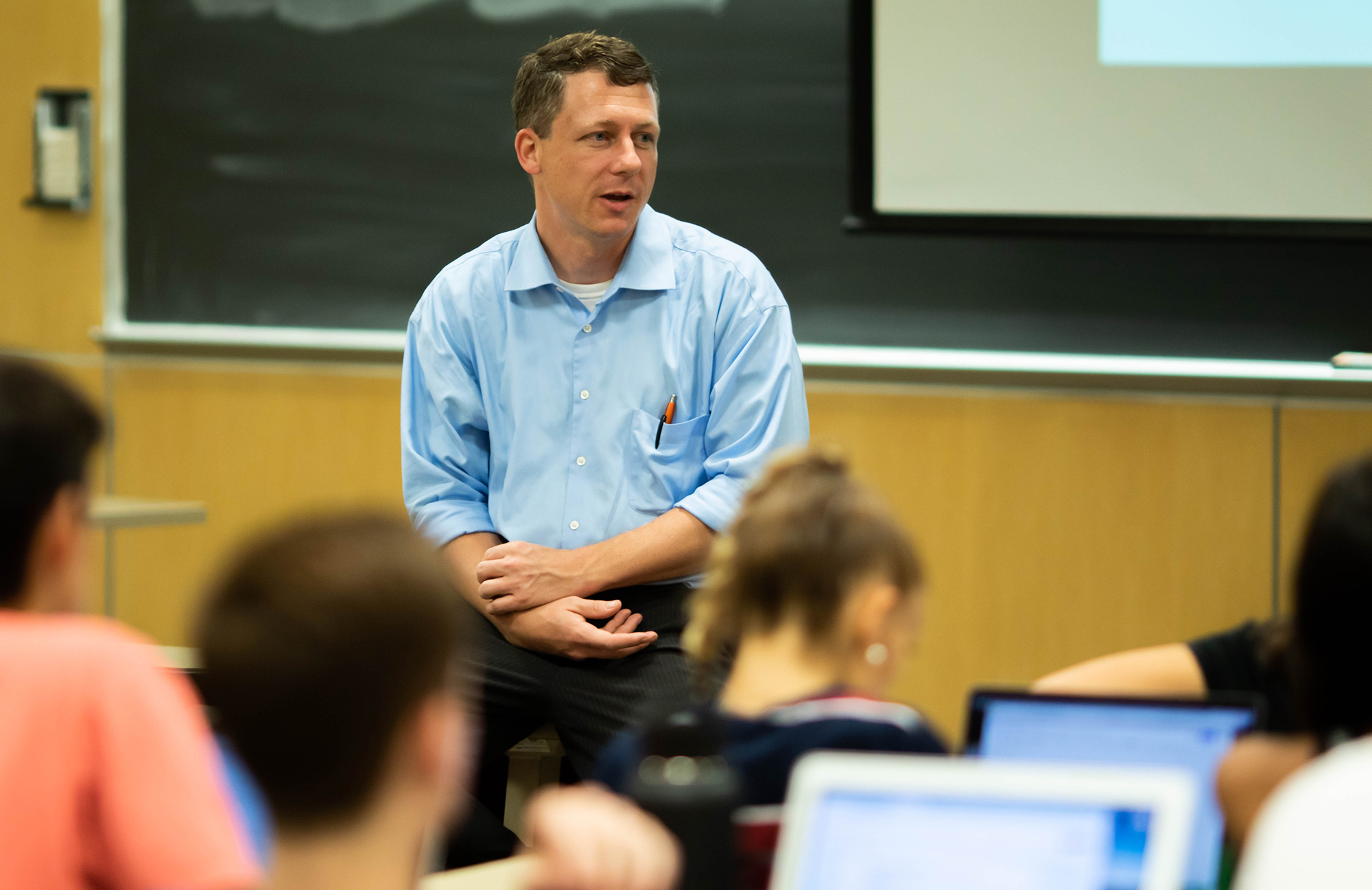 When Eric Luedtke graduated in 2002 from the University of Maryland after studying government and politics and history, he didn’t know what he wanted to do.

He first got a job running a county council race, and eventually returned to Maryland for his masters in education. From there, he taught social studies in Montgomery County Public Schools for a while. And he said it was at this job that he was sucked into another world altogether: the world of policy.

Today, Luedtke goes from the corridors of Tawes Hall to the chambers of the Maryland House of Delegates — splitting his time between teaching public policy and creating it.

In the fall, Luedtke teaches classes with an average of about 35 students, but in the spring, he represents more than 120,000 constituents stretching from Olney to Damascus as a representative for District 14 in the Maryland General Assembly, a position he’s held since 2011.

“I happen to have found two careers that I love,” Luedtke said. “When it’s the spring and I’m fully in session and I don’t normally teach, I miss teaching. When it’s the fall and I’m teaching, I miss session.”

And this coming spring session, he’ll take on a new job in the state legislature. On Sept. 6, Del. Adrienne Jones — the speaker of the House of Delegates — announced that Luedtke will serve as the chamber’s majority leader.

“I’m honored that the speaker has such faith in me, and I’m excited to get to work,” Luedtke said.

Luedtke may be a Democratic representative, but he says he remains neutral in the classroom, exposing his students to multiple political perspectives to help them become more critical thinkers.

This is because neither political party has all the good ideas, he said.

“I think we’re better off when we can all sort of listen to each other,” he said.

Alaina Blechinger, a sophomore public policy major who has Luedtke as a professor, said his enthusiasm for education is evident in the classroom.

Luedtke said society hasn’t done enough to engage young people in the political process, and he hopes students know that when they engage, they can have “tremendous influence.”

Ryan Flynn, a sophomore public policy major, said that while he’s only had Luedtke for two weeks, he can already tell Luedtke connects well with students.

“I really like it, he kind of gets to provide an interesting perspective,” Flynn said. “He’s been working with public policy directly for a decent amount of time.”

In Annapolis, Luedtke focuses on multiple issues: uplifting small businesses — which he calls the core of every community – as well as “closing the achievement gaps, strengthening services for kids with disabilities and English language learners, and improving teacher education,” according to his website.

“I think the biggest win was the Clean Energy Jobs Act, moving Maryland closer to 100 percent renewable energy, because climate change is an existential threat,” he said.

The ability to have a wide impact is one of the things he said he loves about working in state government, since it affords him the chance to “make a difference for people on a variety of issues.”

And teaching in a classroom? Luedtke said that gives him a different chance.

“There is no better job for seeing the difference you make on a daily basis than being a classroom teacher,” he said.