California is moving to end amateurism in college sports, and so should Maryland 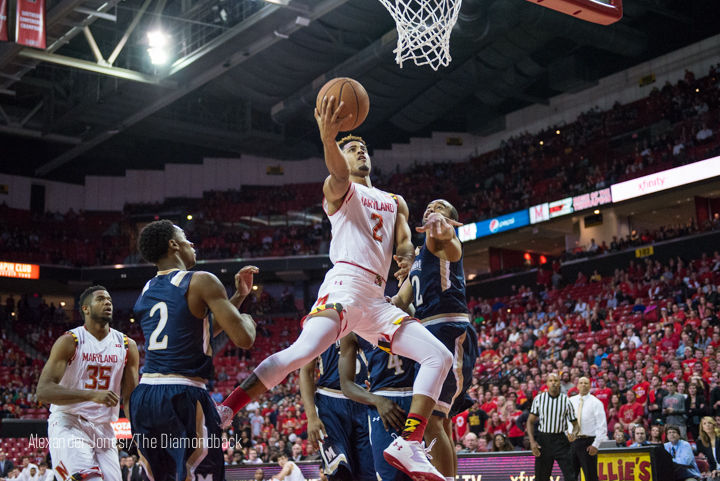 The NCAA has long tried to strike an incompatible balance between its vision of money-making sports and the amateur status of its student-athletes. Colleges build massive stadiums and arenas and charge obscene ticket prices. College football and basketball games are some of the biggest television events of the year — but somehow the players are amateurs.

That discordance could be coming to an end. A bill to offer some college athletes a pathway to compensation was approved by California’s state legislature, and is headed to the desk of its governor. The Fair Pay to Play Act would allow the state’s student-athletes to be paid for the use of their name or likeness, ending the NCAA’s requirement that they be amateurs. It has garnered national attention as well as support from figures like LeBron James and Sen. Bernie Sanders. The proposal has also reinvigorated a debate on whether college athletes deserve compensation and how best to allocate it.

Hopefully, this new bill is the beginning of the end to exploitation in the most lucrative college sports — basketball and football — whereby student-athletes fuel a multi-billion industry they can’t profit from yet are prohibited from making money off their fame elsewhere.

This bill gives some players the chance to make money from their talents, although it’s important to note that the majority of college basketball and football players wouldn’t be able to make money just by marketing themselves. It’s not covered in the bill, but ideally all the players participating should be compensated.

I understand where people who insist on maintaining amateurism in college sports are coming from. I get the fear that paid college athletes will turn college sports into the minor leagues of basketball and football and completely separate themselves from the university and its student body. As Mark Emmert, the president of the NCAA, said in 2014, “[Student-athletes] are students who are playing for their school. They are not there because they’re being paid.” I would also like to see all college sports, including basketball and football, not be about money anymore. No more Cole Field Houses, no more massive television deals.

But that kind of wishful thinking starts to unravel when you consider just how far gone the state of college athletics is. While graduate students and adjunct professors — who teach many of the actual classes at these academic institutions — struggle to make ends meet at public universities amid mass budget cuts, the highest-paid public employees for 39 states in 2017 were men’s basketball or football coaches.

The reality is that whether student-athletes are considered amateurs, big-money college sports are an industry. Sure, if they aren’t compensated, they’re technically regular students playing to represent their schools. That doesn’t change the fact that their coaches are making millions off their work, while the NCAA itself raked in $1.1 billion in fiscal 2017. If college sports are going to be an industry, its workers need to receive some of its revenue.

What’s being considered in California is a somewhat bare-bones approach. It would permit players to, say, hire an agent or appear in advertisements and make money from it. Though this is only relevant for a select few athletes famous enough to capitalize on such an opportunity, it shouldn’t be downplayed. Just like any other students, athletes deserve to make money off their talents when the opportunity presents itself.

All players being compensated for their work in big-money college athletics is the ultimate goal.  Still, California’s bill — which is being replicated in proposals in Washington and Colorado — would make college sports somewhat fairer to the athletes.

Aiming to pay all Division I football and basketball players would bring about a host of controversy and challenges. This bill, in the meantime, has widespread support. Sanders and civil rights activists don’t normally agree with free marketeers, but here they do. In Maryland, Gov. Larry Hogan has practically crafted his entire political brand by pontificating about bipartisanship, so why couldn’t a bill like this succeed here?

In the end, the NCAA can’t have it both ways. It has to either take the money out of sports or end amateurism. If basketball and football are going to continue being cash cows, players need to be compensated one way or another. California has taken a big step toward making that happen. Let’s hope Maryland does too.