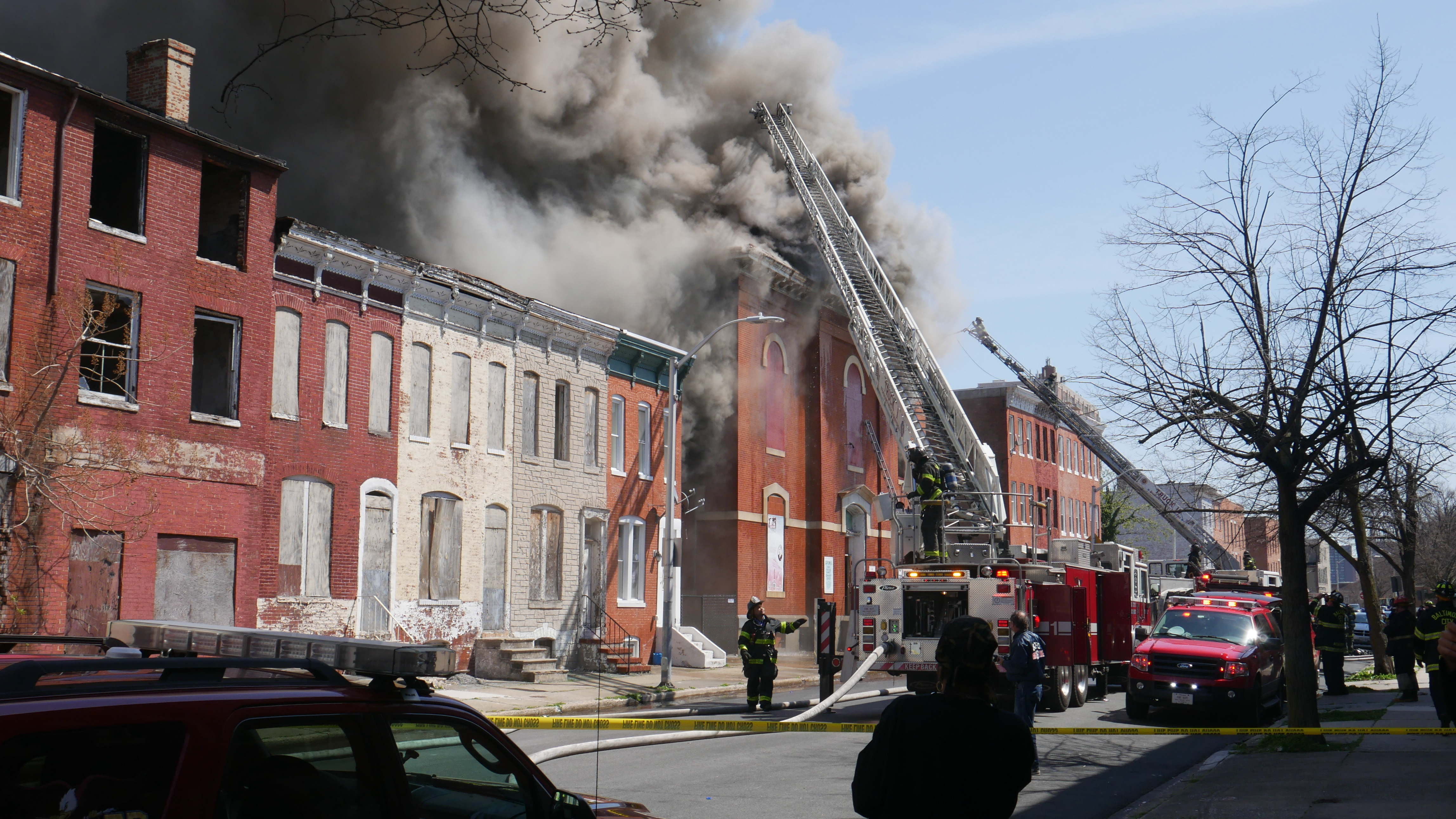 A building fire at Public School 103 in Baltimore. Photo courtesy of Eli Pousson.

Most current and former public school students have experienced the relief of waking up to canceled class and snow-covered roads. While most remember feeling grateful on snow days, some students in Baltimore City are plagued with cancellations and early dismissals much more frequently and for all types of extreme weather.

This week, new headlines surrounding the heating and cooling problems in Baltimore City schools are almost identical to last year’s, with schools dismissing students two hours early last Wednesday due to extreme heat inside school buildings without air conditioning. Considering additional academic and community issues plaguing Baltimore City, cancellations are nothing to be excited about and should deeply concern the new work group dedicated to defining deficiencies in Maryland schools.

The work group is looking to create a plan which would allocate future funding for renovations to schools most in need. One option, recommended by the executive public school construction director Bob Gorrell, is a formula that would assign “deficiency scores” to various projects. But the formula doesn’t take the academic effects of physical deficiencies — such as broken air conditioning or asbestos — into account and doesn’t consider each school as a whole, but rather as a set of individual and unrelated problems.

This formula isn’t a solution for places like Baltimore City, where both the inside and the outside of its schools suffer from poverty and crime on top of the structural issues this work group is interested in. In places where schools can be a safe haven for students, heating and cooling problems that might not otherwise seem detrimental need to be addressed as quickly as possible.

It might be convenient for this group to dismiss problems present in Baltimore City specifically because of the city’s high poverty and crime rates. There has been plenty of aggressive rhetoric toward Baltimore lately, and racism toward the city’s predominantly black population has a lot to do with it. But low-income black communities in Baltimore arguably deserve the most attention, especially considering how underfunded they’ve been in the past. Baltimore schools are starting at a disadvantage. They deserve more than the bare minimum from this group — and the state in general — and special attention cannot be paid through objectively calculating building deficiencies alone.

Priority might be given to Baltimore by redefining what a “deficiency” in a school is. While the physical safety of academic buildings is of the utmost importance, this work group should also acknowledge community and academic shortcomings and allow Baltimore City to offset local problems out of its control. Categorizing non-construction initiatives like new counseling resources, after-school activities or revamped vocational programs as priorities for state funding could help Baltimore recover academically and allow students to cope with family or financial issues prevalent in the city.

Solving structural issues in schools and building new, safe facilities is certainly an important endeavor and will likely already address several problems in Baltimore’s schools, which on average are the oldest in the state. This work group, however, has the opportunity to observe the real struggles of Baltimore and help turn schools into a space in which young people can feel safe and cared for. Real students’ experiences and the consequences of low-quality schools, especially those in Baltimore, should define how this group determines funding — not a formula.