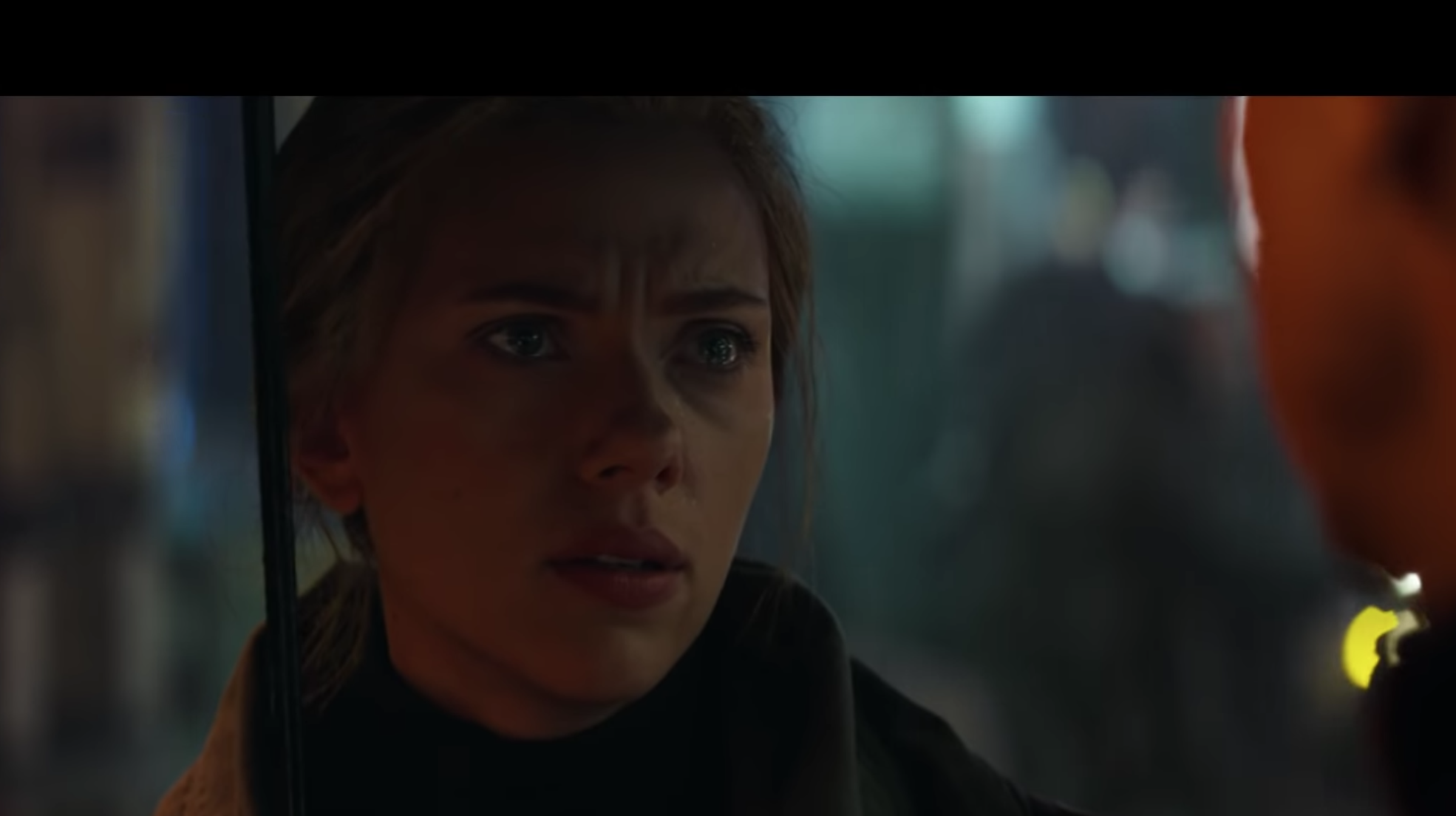 If you’ve logged into Twitter this week, you’re probably hip to the most recent embarrassing thing to come out of Scarlett Johansson’s mouth.

Last week, ScarJo publicly supported Woody Allen, saying she believes he did not molest his then seven-year-old daughter Dylan Farrow, as he was accused of in 1992. Johansson said she would love to make a movie with him.

It’s been a summer of tone-deaf statements for her. Earlier, in response to criticism of her history of taking roles meant for Asian women, she said she should be allowed to play any role of any race — or even a tree.

All of this has led some to a long-awaited conclusion: When she threw herself off that cliff in Avengers: Endgame, it was for the best.

I’m here to tell you that, if you’re mourning Johansson’s career, put yourself at ease. You’ll sleep peacefully as soon as you realize that her career isn’t worth grieving.

This may be too personal a dig, but the only time I’ve been emotionally invested in a Scarlett Johansson role was when she played the porcupine in Sing, and 90 percent of that is because you couldn’t actually see her face.

[Read more: REVIEW: Avatar delivers a taste of Avatar Country to DC at their opening for BABYMETAL]

Johansson’s personal brand of flat-faced acting and a monotone delivery never made her the can’t-miss talent people wanted. Save yourself, and stan an actor who can move her facial muscles.

But, you might ask, is that not what plenty of heroic male actors do? Emotionless, completely impersonal — but beautifully-sculpted faces that betray no fear, no happiness, no feelings at all? Yes. You can get rid of them, too. Next time you see an emotionally stunted man on screen, let me know and I’ll write a column on why their acting skills aren’t up to par either.

Supporting directors such as Allen or Roman Polanski — and there are far too many noteworthy people that support at least one of them — isn’t edgy. It isn’t acceptable. Their movies aren’t even worth it.

No matter the year, or the era, that we’re in, callously professing your love for someone with a potentially credible accusation or a conviction of child sexual abuse should be a pretty obvious no-no. It’s especially confounding when Farrow herself has been outspoken about it, especially in recent years. In 2019, I hope that’s enough to make you reconsider your celebrity idols.

ScarJo isn’t the only mediocre white actress in Hollywood with an affinity for non-white roles and sexually predative directors. We can’t forget Angelina Jolie donning blackface to play a mixed-race woman in A Mighty Heart, or Guillermo del Toro and Meryl Streep showing public support for Roman Polanski.

Yes, all your faves are problematic. But when we notice these trends in actors, actresses and other Hollywood stars, we should call it out. And it’s hard not to notice the way Johansson’s made a fool of herself recently.

We want to be part of a generation that doesn’t fall over for someone who’s just a pretty face. If Johansson’s work was exclusively made up of animal voice-overs with lovely messages of loving yourself, then I would enjoy her acting much more. But if she, or anyone else, endorses an alleged predator and refuses to step down, then we should say goodbye — and not look back.

Review: James Wan commits to his horror roots in ‘Malignant’

Review: ‘Star Wars: Visions’ has everything a Star Wars fan could want