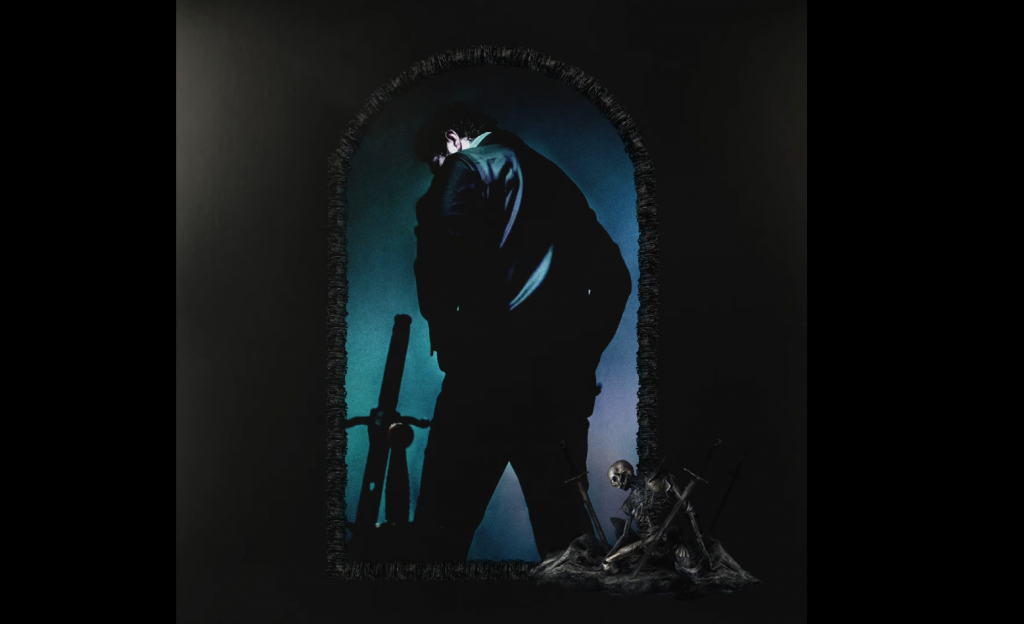 Everybody’s favorite dirty rap boy Post Malone is back with a new album — Hollywood’s Bleeding — to attempt to duplicate the success of last year’s hit, the Grammy-nominated record beerbongs & bentleys.

Post is known for melding rap with genres of pop, rock and alternative, often begging the question of whether his music is truly rap. But if there’s one thing he knows, it’s how to create a banger that lights up any party.

Hopes were high for the 17-track Hollywood, a medley of short tracks sprinkled with some decently notable star-studded features. Although it doesn’t necessarily fall flat, it initially feels like a sequel to beerbongs.

The highs of Hollywood are what you’d guess: the features Post was able to recruit. The SZA-accompanied “Staring at the Sun” is a thoughtful plea for attention and love, where Post’s rasp and SZA’s silky smooth vocals make for a surprisingly beautiful contrast. Featuring rap’s newest heavy-hitter, DaBaby, “Enemies” effortlessly slides across a relaxed beat with swagger. This one wins the accolade of being most likely to stay stuck in your head for days on end.

One of the most surprising efforts — and oddly satisfying combinations — is “Take What You Want.” Post taps in Travis Scott and Ozzy Osbourne for a merciless kiss-off to some mysterious heartbreaker who’d done these boys wrong. One listen of this track, and you’ll yearn for the trio to drop an entire album together.

Other standouts include “Allergic,” which almost sounds like a pop-rock anthem straight out of the early 2000s, and “Circles,” the ideal song for a late-night car ride with the windows down.

The hit song “Sunflower,” from the movie Spider-Man: Into the Spider-Verse, feels almost out-of-place in the middle of Hollywood, since the movie came out last year, and the song peaked at the top of the Billboard Hot 100 nine months ago. It’s not a bad song, it just doesn’t seem like it fits with the other tracks around it.

The plague of any tracklist longer than 14 songs, in my opinion, is some songs inevitably get lost in the mix. After a few listens, you still probably won’t remember what “Myself” or “Internet” sound like, and “I Know” mainly stands out for its Jonas Brothers shoutout.

[Read more: Review: ‘Carnival Row’ is a fairytale of blood and bias]

But is it better to be forgotten, or to stand out for falling behind the pack? “Saint-Tropez” caught the skip when one of the lines found Post literally just counting to six. The Young Thug-accompanied track, “Goodbyes,” seems utterly generic and like it could have been pulled straight off of beerbongs.

When it comes down to it, Post Malone always delivers on his job of creating middling quality rap songs to turn on and jam out to. He captures the peaks of catharsis and the lows of serenity for any occasion or any vibe. He doesn’t give the facade of attempting to rewrite the rap genre. And while he certainly won’t be doing so any time soon, he will continue to capture hearts with his genuine charm and knack for creating radio-friendly hits.