The homeless need a voice in politics. College Park has helped grant them one. 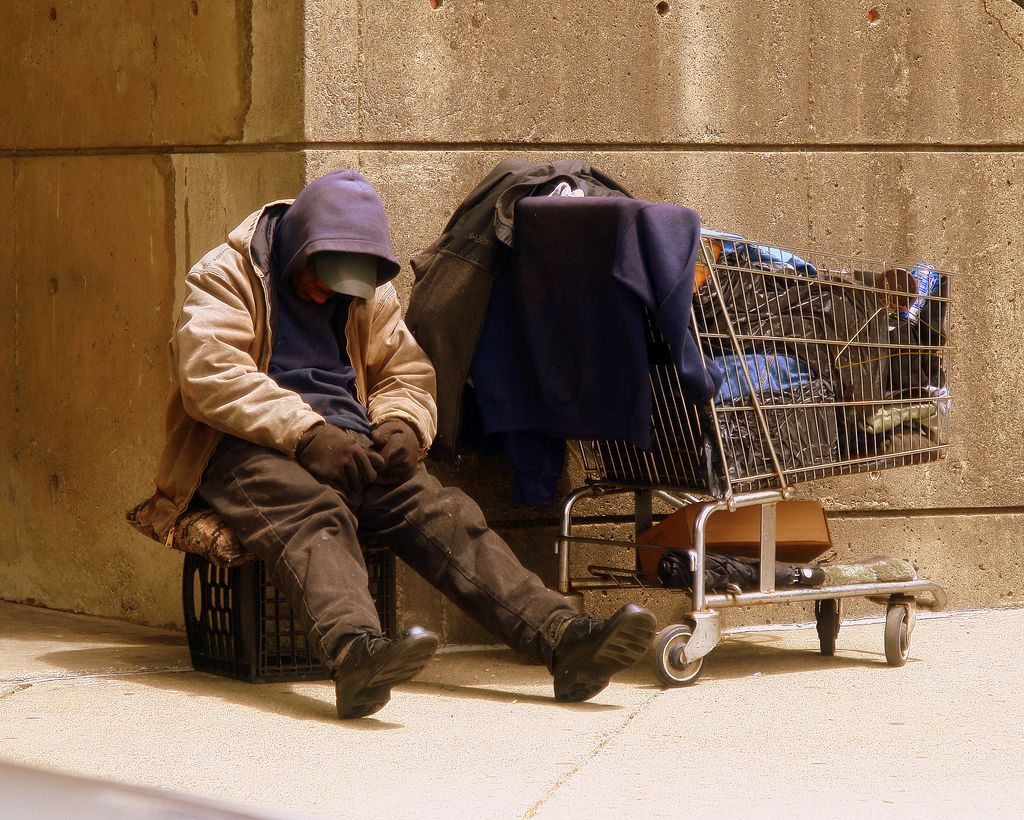 A homeless veteran on the streets of Boston, Mass. (Photo courtesy of Matthew Woitunski)

This is especially true for the homeless, who face several indirect obstacles preventing the marginalized demographic from fully capitalizing on their political freedom.

For one, navigating the platforms of various political candidates, or being educated about the proper voting procedure, takes deliberate effort — a luxury that a homeless person most likely does not have. While a citizen with a stable job and residence can conveniently browse the web on their laptop to locate this information, a homeless person has to rely on public services such as TVs in homeless shelters to be informed.

Thanks to recent legislation, College Park residents are now allowed to register a city council building as their residential address, and the University of Maryland’s public policy school as their mailing address. This has made registering to vote less of a barrier to political participation for the homeless.

It’s important for any group to have political representation, but that’s particularly true for the homeless, a group that may be in need of government assistance. Making voting easier for the homeless, as College Park is doing, could help them have a voice in politics and keep issues affecting the community from being ignored.

Most states still require a photo or an official document for identification purposes, both of which may be costly or tedious for a homeless individual to acquire and carry around. It may be difficult to keep track of any official identification or prevent it from being stolen when sleeping on the streets.

Ironically, these mental illnesses can often lead to homelessness and a self-perpetuating cycle of deteriorating mental health. This is to say that if individuals with mental illnesses eventually become homeless, a lack of accessible treatment will only exacerbate their condition.

All of these issues make it difficult for the homeless to participate in the voting process. But without a voice in politics, they’re unable to attune policymakers to these pressing needs. Various issues that disproportionately affect the homeless, such as mental illness and substance abuse, aren’t likely to be solved without this attention.

College Park has taken steps in the right direction by easing the requirements for registering to vote. By facilitating the process, voting will become less of a hassle and could help bring the issues facing the homeless to the attention of the politicians tasked with representing them.