The fascinating dissonance of VSCO users 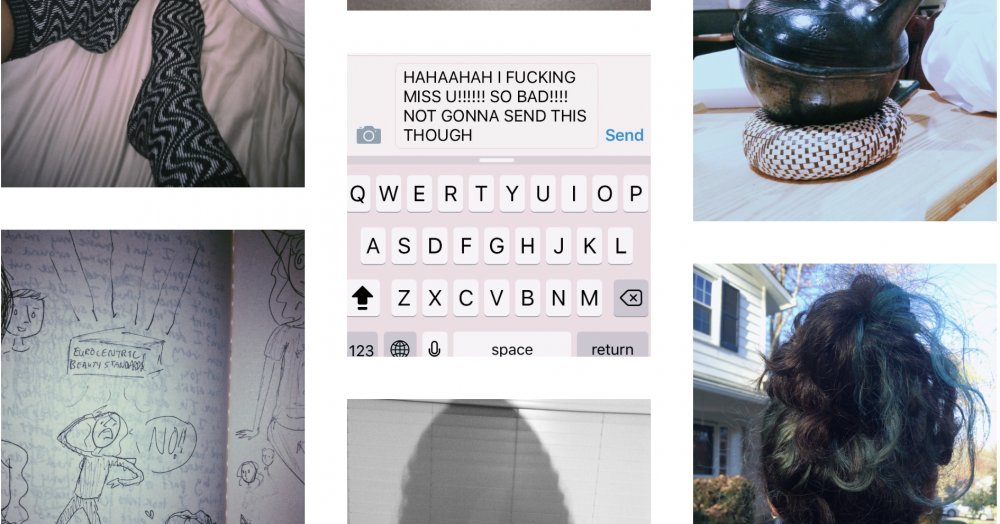 Here’s a tasty little screenshot from the VSCO I used in high school (Manuela Lopez-Restrepo/The Diamondback.)

Instagram has become many things — a cultural touchstone for young people, a source of income for “influencers” and a major source of anxiety for many, when it comes to self-branding and deciding what to share with the world.

Nowadays, a choice as simple as account accessibility says something about you and how Online you are. A public account might mean you’re famous, trying to be, or unhinged in the best way (follow me @mamueca for the unhinged content). Private, of course, indicates you are probably a normal person with a normal life who wants to control how much strangers are allowed to know about you. Both options are both fine — and, honestly, not that different at their core, because no account settings can prevent a screenshot.

However, an interesting phenomenon I’ve noticed as of late is something that plagues the bio of so many private Instagram accounts, primarily those of high school and college-aged girls that use their socials as a shrine for their appearance. It is a VSCO link.

For those of you who don’t know what VSCO is, it’s an image editing/sharing platform that launched in 2012, rooted in a dedication to the photography community. People primarily used VSCO for photo editing purposes, but it quickly became a separate social media entity with millions of users.

As a former VSCO user, it made sense. It provided advanced image editing tools in a time when Instagram’s Valencia filter simply wasn’t cutting it anymore. But the social aspect — and its evolution since the app’s creation — is as interesting as it is confusing.

You see, VSCO — in some unspoken, hot girl creed — has become a sort of safe harbor for mostly young women to share content they may not feel comfortable posting on their personal Instagram accounts. No, VSCO is not a finsta, and yes, all of this is confusing and slightly painful to write about. I may not be able to see what someone is sharing with an approved group, but clicking the link in their bio can take me to a far more intimate space.

Scrolling through someone’s VSCO can reveal a wide range of personal details: underage drinking, consumption of drugs, partial nudes, and screenshots of messages from significant others that, in many ways, feel like a violation of trust? In a mind-boggling duality, many girls are keeping a squeaky-clean curated image under lock and key, but freely putting their vices on display with the saturation toned to 7.0.

Amy Odenthal, a junior computer science major and a member of the Gamma Phi Beta sorority, said this occurs frequently in Greek culture, given that so many members amass large social media followings.

“People use VSCO as a way to post more personal things,” she said. “They wouldn’t want to post it on their manicured IG profile but these pictures they post show you how Cool and Edgy they are.”

Some of Odenthal’s friends, she said, are guilty of the duality, and to many, it seems like a form of self-promotion within a profile.

“When people click that link and see how raw and chill you are on such a public forum, people will think ‘wow she’s so cool! I want to follow her,” she said.

[Read more: The perfect back-to-school snack for your zodiac sign]

But in being Raw and Chill, through displays of more raunchy content, are the users not just defeating the entire purpose of having a private Instagram account to begin with?

Allie McManus, a junior psychology major, recalled the days in which she was a participant in this fascinating cultural trend.

“I was in high school back then, so it felt kind of socially risky,” she said. “But I wasn’t super popular in high school, so I think that played with my willingness to be openly sharing photos like that, because it did get me attention.”

That very attention ultimately resulted in McManus deleting all of her VSCO photos, due to her peers discussing the posts in personal conversations and around her as well.

Perhaps this inquiry is not a question of hypocrisy, but one of how private anything on the internet can really be. Operating under the guise that a private Instagram account is somehow safe gives far too much credit to the app developers, and even the followers of these people. Unlike Snapchat, Instagram allows you to screenshot to your heart’s content with no notification to the original poster. Any random follower could keep an archive of your posts without your knowledge or consent.

In that sense, maybe the unapologetic ass-pictures and blunt-smoking selfies are a statement, an act of defiance against the technocrats that use our lives as inputs in a system that exploits your every detail for an ad revenue system anyways.