Review: ‘The Dark Crystal’ is one monster of a Muppet show 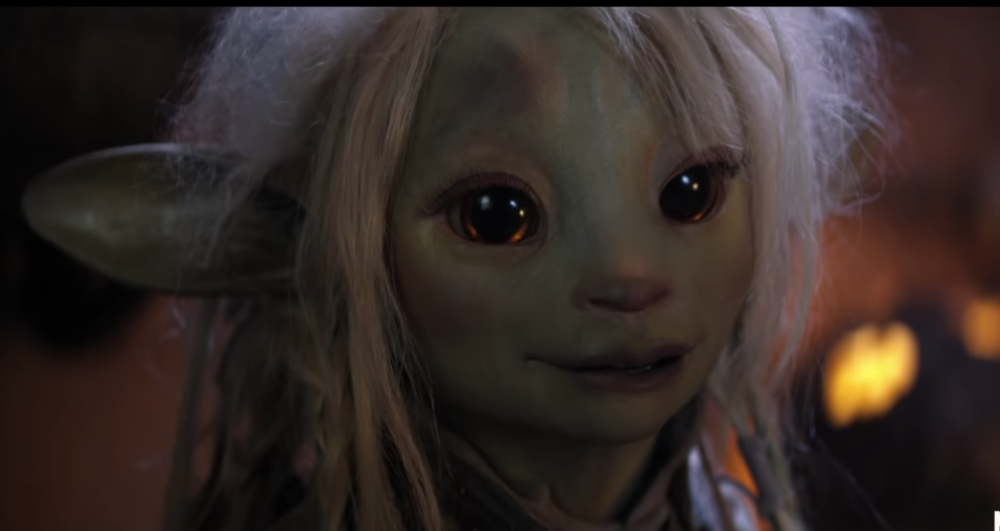 'The Dark Crystal: Age of Resistance' was released on Netflix last week (Photo via YouTube.)

The world created by Jim Henson is a personal one, built on connections from childhood TV programs and toys, and even the creepy Kermit-Testudo statue in Stamp Student Union. To those familiar with the gentle Muppets here to teach children about the world, the new world of The Dark Crystal: Age of Resistance may be a surprise.

The Dark Crystal: Age of Resistance is the elevated, elongated prequel to the ‘80s movie The Dark Crystal. Released on Netflix last week, the series is set in the far-off mystical world of Thra, where fascist Muppets are busy picking off their weaker counterparts.

The film is everything that makes Jim Henson so original and refreshing, but with a more mature twist. Will you see Muppets murdering each other? Yes. But will you see Muppets do something much more convoluted and realistically devious? Like, I don’t know, tax their Muppet tenants into absolute poverty? Yes, yes you will.

Thra is ruled by the Skeksis, an evil race of overlords who abuse our heroes, the Gelflings. The Skeksis are disgusting on the inside and out, with huge, oozing pustules and screeching voices. In this case, the use of puppetry to symbolize the cruelty of tyrants who abuse others for riches and power allows for a sort of creative freedom.

Physical representations of evil negate the need for creators to tease out who is good and who is bad. Instead, the evilness is a given; and any humanity left over is a genuine surprise that nonetheless we find even in the cruelest of creatures.

[Read more: Review: ‘Look Mom I Can Fly’ will have you stage-diving into your TV]

There is no need for subtlety — the more of Thra’s natural energy the Skeksis abuse, the more their own bodies waste away. The land around them rots, infecting those around it. The world they live on dies, and still they take more.

Instead of being childish or simple, showing the evilness of creatures on the outside reveals an even deeper complexity. It forces the audience to consider the true manner of the creatures earnestly, and just when you think you’ve got it, their true meaning is torn away from you. The series is full of layered truths revealed in awe-inspiring and surprisingly funny ways. Despite the dark subject matter at hand, the series will have you on your toes — even after ten hours of watching.

The Dark Crystal lies somewhere between Lord of the Rings and Star Wars — if those franchises had Muppets, of course. It’s medieval mythology brought to life in an alien world. There is a prophet who sacrifices themself for others and rises again, a host of heroes and antiheroes who journey for a nobler purpose and many murdered muppets who lay down their lives for a greater cause.

The Star Wars theme is locked in with an antihero faceoff in a live jazz bar staffed by alienesque puppets and a devious character who sounds like someone gave Jar Jar Binks access to a thesaurus.

To call the world of Thra enchanting or simply beautiful is far, far beneath it. The blend of puppetry and animation has created a world both beautiful and horrifying, magical and deeply sad. The complexity of the characters creates a heart-wrenching story that moves beyond their emotionless Kermit faces and burrows into your heart. I left Thra unsure of where they stand, but deeply wanting to know more. By the end of the series, you’ll be invested in the fate of the fragile but hopeful little world and all the muppets who inhabit it.