Review: ‘Look Mom I Can Fly’ will have you stage-diving into your TV 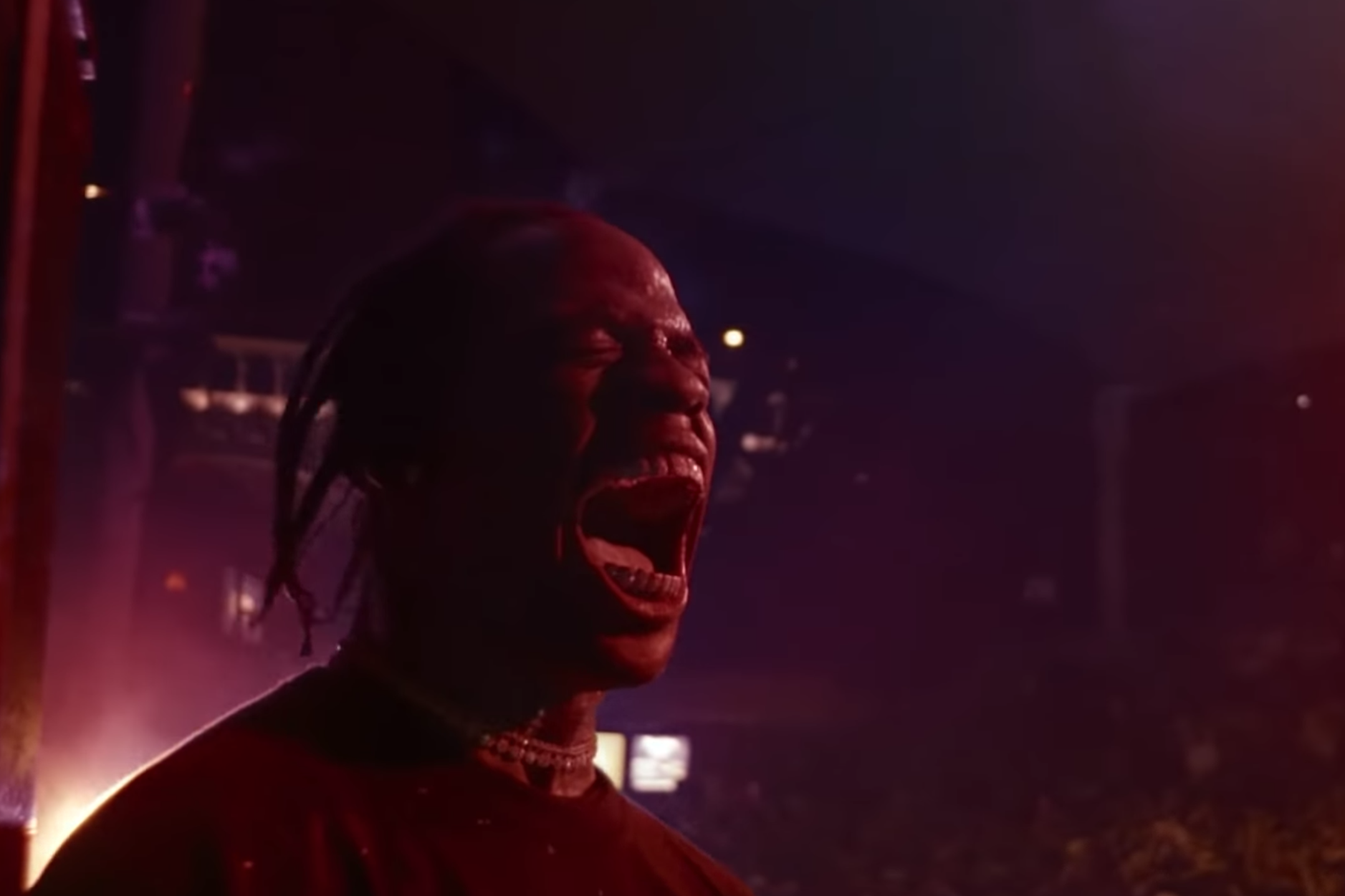 'Look Mom I Can Fly' provides a look into Travis Scott's Astroworld Tour and personal life (Photo via YouTube).

Netflix has become pretty predictable lately. Maybe it’s just my algorithm, but every time I log on it feels like I’m seeing the same thing — a crime thriller, prompts to watch Stranger Things or encouragement to rewatch The Office for the 100th time. On Aug. 28, however, something showed up on my feed that I didn’t expect — a Travis Scott documentary.

Look Mom I Can Fly is a documentary, but in name only. This is because the project is produced more like a giant tour vlog mixed with a music video. Gone are most of the establishing shots and one-on-one interviews traditional for a documentary. It’s totally fitting for Travis Scott, seeing as sometimes his actions speak louder than his softly-enunciated words.

One of those actions — getting arrested at a 2017 concert in Arkansas and charged for inciting a riot — is a primary subject of the first ten minutes. The rapper raging on stage, walking off straight into police handcuffs, then getting out of jail and hopping straight on a private jet sets the tone nicely for the remaining hour or so of the movie.

If Travis toned it down — even a little bit — it would drastically take away from his efficacy as a live performer. The mosh pits, the rioting, the stage diving; this is what his fans love, and it earned his last tour a designation of “the greatest show in the world” from Rolling Stone.

The Houston hitmaker keeps the same energy whether performing or creating music, and some of the best parts of the film are behind-the-scenes looks at the creation of Scott’s most recent album, Astroworld. Viewers get to watch as Travis listens to Drake’s contribution on “SICKO MODE” for the first time, unable to control his excitement like so many fans.

The rapper’s personal life is also put on display, something you might not expect from a guy who manages to keep his relationship with Kylie Jenner, one of the most famous people in the world, fairly private. Look Mom I Can Fly takes you to the room for one of Jenner’s ultrasounds as Travis jokes with the doctor, and later to their child Stormi’s first birthday.

The moments with Stormi may be some of the most emotional moments in the film, but they are far from the only ones. The audience takes a peek inside Scott’s childhood bedroom and goes backstage with him when he gets the news that he went 0 for 3 at the 2019 Grammy Awards. Just hearing Travis talk about AstroWorld, a Houston amusement park that closed in 2005 and serves as the inspiration for his most recent album, is deeply moving.

A Travis Scott concert could be described as organized chaos, and so too could the visuals of this documentary. I mean this in a good way. The eclectic nature of the fuzzy, square-frame shots mixed with high definition concert panoramas is amazing. The film takes you through the process of the visually-complex and rollercoaster-featuring Astroworld tour.

Besides Gaga: Five Foot Two and Beyoncé’s Homecoming, there’s a recent dearth of Netflix-produced music-related documentaries. But they have struck gold with this one. If you haven’t made it to a Travis Scott concert yet, which I consider a bucket list item, Look Mom I Can Fly is the next best option.