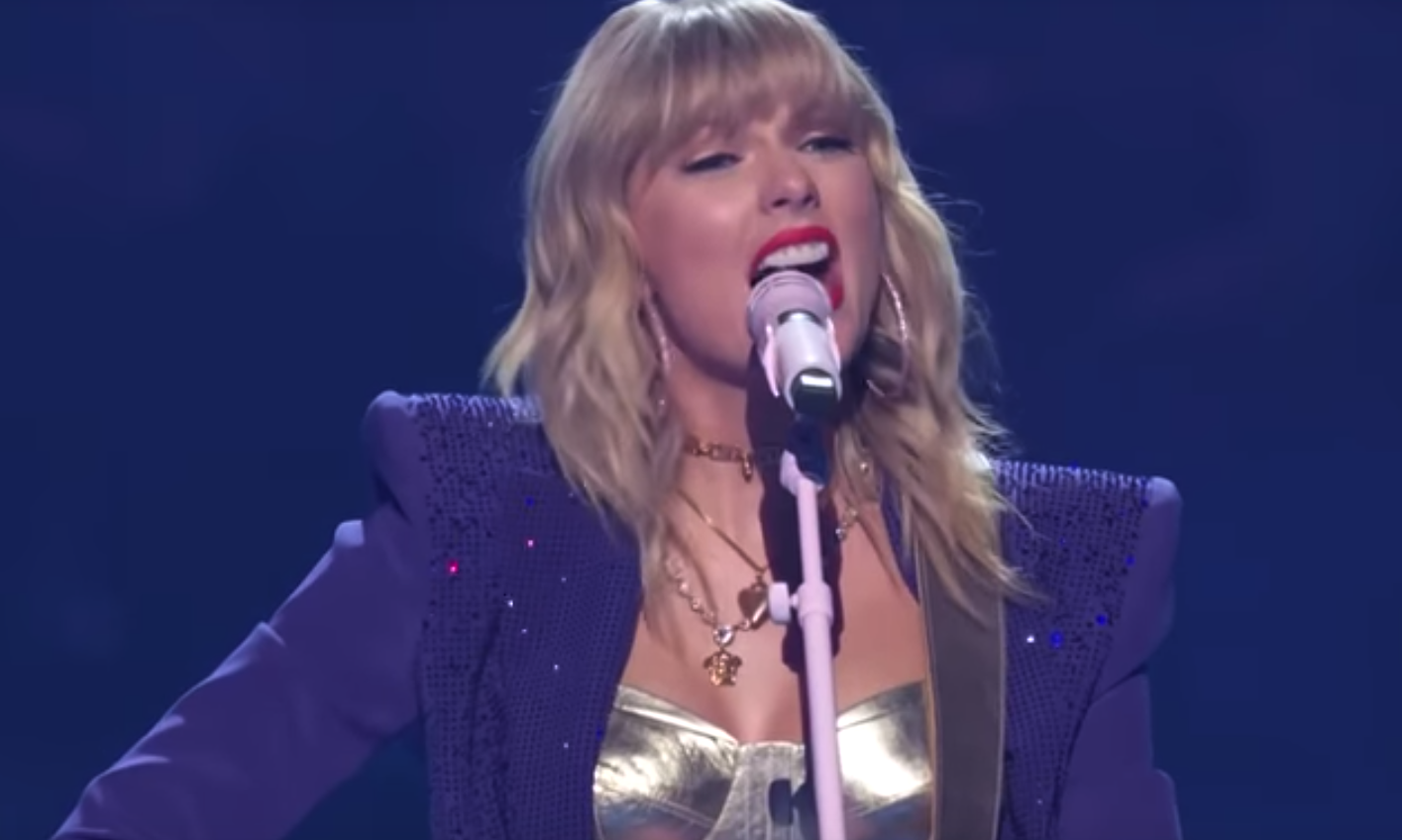 Taylor Swift performing at the 2019 VMAs (Photo via YouTube.)

The MTV Video Music Awards haven’t always been a source of good fortune for Taylor Swift.

Whether she’s being cut off during her acceptance speech by Kanye West or accidentally starting a fight with Nicki Minaj, Swift has had her fair share of VMA incidents over the years.

And as time has gone on, her performances have seemed to evolve in their complexity of purpose, corresponding with her more and more pop-based sound.

This year’s performance — a drag queen-filled spectacle for her LGBTQ-empowering anthem “You Need To Calm Down” — felt groundbreaking. Although her singing was impressive, the fact that Swift has finally gotten a grasp of how large and influential her voice is and is finally using it for some good is heartwarming, to say the least.

But it took her long enough to get there. Let’s take a look at the progression of Swift’s career and political mindfulness through the lens of her VMA performances:

2010: Just one year after the infamous Kanye incident, Swift opened with glitchy footage of his interruption before she delved into her forgiving ballad, “Innocent.” And as she cooed, “who you are is not what you did,” you wanted to admire her for her forgiveness of this whiny man-baby — but at the same time, you wondered why she was still milking every drop of sympathy she could.

2012: As a prelude to the pop renaissance of her 2014 album 1989, Swift ditched the guitar in favor of bopping around onstage to her bubblegum beat with a medley of back-up dancers. But however catchy her first Billboard number one, “We Are Never Ever Getting Back Together,” may be, this song is as shallow as her discography gets.

2014: Performing her hit “Shake It Off” live for the first time, Swift seemed to finally dip her candy-coated melodies into a tiny bit of meaning, urging listeners to ignore what the haters say about you, while still making it almost entirely about herself.

2015: Though still beefing with Katy Perry in the form of the shade-soaked “Bad Blood,” Swift squashed her previous spat with Nicki Minaj by performing “The Night Is Still Young” with the rapper. Minaj had previously made comments about being disappointed that her song “Anaconda” wasn’t nominated for Video of the Year, which Swift took as referring to her. Minaj, in fact, wasn’t. But it was for the best this beef didn’t last long, because I can’t even imagine the long-term repercussions of a Swift-Minaj feud.

2019: We’ve made it, folks! Swift graced the VMA stage with a song standing up for a minority community and allowed several performers within the community to share the moment with her. Swift even let Todrick Hall make the acceptance speech for “YNTCD”’s Video For Good win, as the pair executive produced the video together.