Maryland’s defense was spectacular against Howard 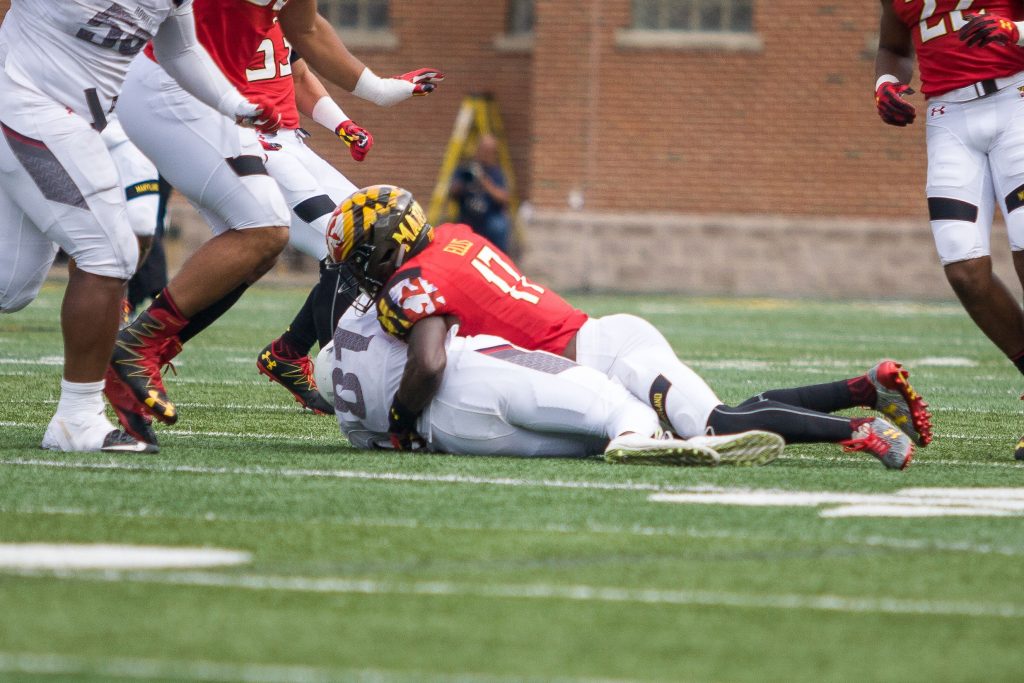 Scoring 79 points in a football game is pretty remarkable. It’s the second-most points Maryland has ever scored, and the men’s basketball team only crossed that threshold seven times last season.

While the offense garnered much praise, the Terrapins’ defense also deserves a lot of credit.

Despite Maryland having one of the best turnover defenses in the country last season, they still struggled mightily. The Terps’ defense gave up over 390 yards and 28 points per game, both below average in the Big Ten.

There were a lot of question marks over how the defense would look this year, with many key figures from last year departing. Saturday’s performance answered many questions, even if it was against an FCS team coming off a 4-6 season.

For starters, the Terrapins were able to get in the backfield and get to the quarterback, which was one of their major flaws last year. Maryland only tallied 17 sacks in 2018, good for second-worst in the Big Ten. On Saturday, the Terrapins sacked Howard’s trio of quarterbacks eight times.

The Terps also allowed only 68 yards of offense and restricted the Bison rushing attack to just one yard. Howard had four first downs and averaged around 1.2 yards per play. Howard also failed to put points on the board, marking the Terrapins’ first shutout since a 37-0 win over West Virginia in 2013.

Perhaps the biggest feat for the defense was how much they helped out the offense.

The average starting field position for Maryland was at their own 45-yard line, just 55 yards away from the endzone. For reference, the Bison’s average start for their drives was at their own 20-yard line. Much of that has to do with special teams, but the mass amounts of three-and-outs forced by Jon Hoke’s defense helped out.

Next week the Terrapins host Syracuse, who also pitched a shutout week one. The No. 22 Orange visited Liberty and walked away 24-0 victors. Syracuse struggled on offense against the Flames, but averaged over 40 points per game last year, so the Terrapin defense will have to bring their A-game next week.