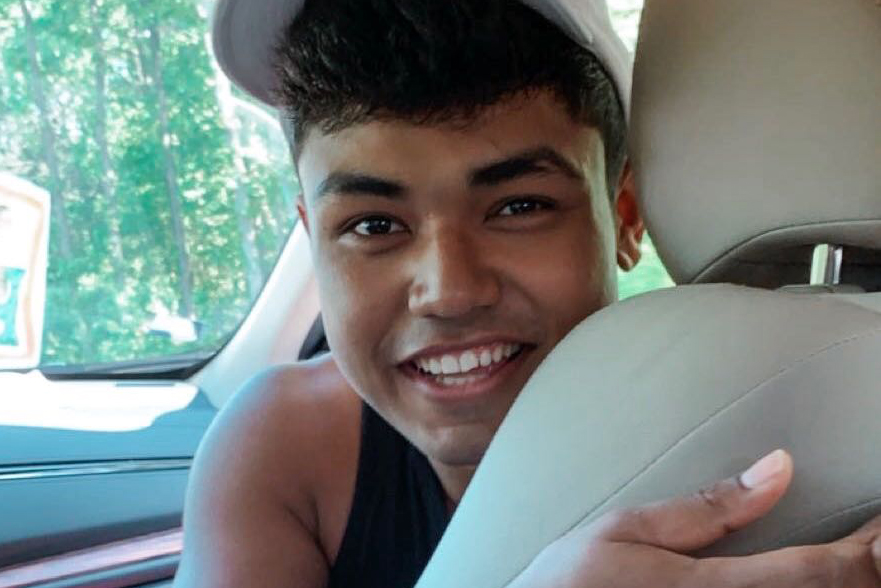 Udayaditya Konwar, a University of Maryland student who loved MMA and all things music, died at his College Park apartment over the summer. (Photo courtesy of Audrey Widodo)

Oftentimes, when Udayaditya Konwar was hanging out with his friends at the University of Maryland, he brought along a golden microphone.

He’d blast music and pass the mic from friend to friend, encouraging them to sing along. There’s a video of him singing “The Lazy Song” by Bruno Mars, one his friends now cherish.

“Today I swear I’m not doing anything,” he sang, leaning forward into the camera. “Nothing at all.”

Konwar, who friends remember as jovial and caring, died at his College Park apartment in late July. Prince George’s County Police have since ruled his death a suicide. He was 21.

The rising junior physics major, who friends called “Yudi,” was an international student from Assam, India.

He was the sort of friend who could be counted on to include everyone and lift them up, whether it was with a story, a smile, a riddle — or his trusty microphone.

On Sunday, dozens gathered on the bottom of McKeldin Mall as acoustic guitar covers played softly in their midst. They came to share their memories of Konwar, many sporting tees from his fraternity’s away weekend — a joyful time with their friend.

“He was loved,” one friend said. “He was just a wonderful soul,” said another.

As the flames from slender candles flickered in the cool September breeze, his friends reflected on his fondness for Spiderman, 7-Eleven taquitos and chicken wings. He was a pure soul and the life of the party, several said, a person who could always be counted on to cheer you up.

There was the time he jammed out with a stranger in a Checkers, or the times he’d liven up the dance floor by jumping into a split. There were the times he devoured chicken wings — bone and all — earning him the nickname “Bones.” And there were times he talked about wanting to start a school for kids back home in India.

“I see his smile scattered out across the sky,” said Konwar’s close friend Matthew Andreoli, who spoke at the memorial. “I feel his warmth in the early morning when the sun shines through the window.”

But it was the small things that Yudi did that made him stand out, Ervin said.

Once, Yudi took part in a Color Run 5K in College Park, but some of his friends couldn’t make it. It wasn’t a problem, though — he took the time to edit them into the photo he’d post on Instagram, Ervin said.

Konwar also loved to play the guitar, said Ervin, who has fond memories of jamming out to his friend’s rendition of Post Malone and Swae Lee’s “Sunflower.”

It was Konwar’s guitar skills that endeared him to his new roommate, Andreoli, at the beginning of the spring 2019 semester.

Just hours after meeting Andreoli for the first time, Konwar lost the apartment key, meaning the locks had to be changed. But shortly thereafter, Konwar whipped out his guitar, and Andreoli’s bad first impression started to disappear.

“I just remember thinking, ‘Damn, I can’t do that,’” said Andreoli, a junior microbiology major. “It kind of built from there very quickly.”

Soon enough, Andreoli and Konwar were staying up late talking, mostly about Konwar’s upbringing in India.

“For one entire night, until the sun rose, he explained his entire family story,” Andreoli said.

Teaching Andreoli the stories of Hinduism — the gods and goddesses, the holy scripture — was something of a passion project for Konwar.

Konwar was bubbly, and he loved to be around people. Sometimes, he’d fall asleep sitting on the inflatable couch in Andreoli’s room, even though it had popped and there was hardly any air in it at all.

He was also an avid boxer and mixed martial artist, and he would often set up mats in the gym in Ritchie Coliseum to spar with people — even though he wasn’t supposed to, Andreoli said.

Konwar studied MMA and took guitar lessons back home in India, said Harsh Gupta, a close family friend. Even at a young age, Yudi was “quite a thinker,” Gupta said.

Konwar and his friend, Simran Bhattacharyya, a junior psychology major, would get into deep discussions about physics and just about everything else.

She met Konwar at a party, and the two had an instant connection. They’re both from Assam, she said.

“We were even talking in Assamese at the party,” she said.

They loved to watch movies together, everything from the Bee Movie to horror films, which most of their other friends didn’t like, Bhattacharyya said.

Konwar was, in a lot of ways, predictable. He was usually sporting a tank top and a pair of slides, and he could always — always — be counted on to eat. Bhattacharyya said they were frequent fliers at Marathon Deli and Krazi Kebob in College Park.

And he and Audrey Widodo, a junior information science and journalism major, loved to eat Chipotle burritos and 7-Eleven chicken wings together — and one time, to cheer her up when she was feeling down, he helped her cook up a pair of steaks.

“He could be asleep in the middle of the night, and I’d be like, ‘OK I’m going to Chipotle’ and he’d get up and come,” Andreoli said.

Above all, Widodo said, Konwar was thoughtful and reliable. He loved writing notes to people, and he was the first person to jump in the car with a friend headed to the hospital  after breaking his arm at a Delta Upsilon away weekend.

Shortly after Konwar’s death, Andreoli decided he wanted to go to India for his friend’s funeral — even though he didn’t have a visa to travel to India, much less a U.S. passport.

Even if he didn’t make the funeral, which was just a few short days away, he wanted to try. And he wanted to meet Konwar’s family.

“I actually didn’t know him as long as most people who are willing to fly to the opposite side of the Earth would,” he said. “We just had one of those pure connections.”

Andreoli would miss the funeral in Assam, but he’d see Konwar’s school, his home, his life — the real world behind the stories Konwar had told him all those days before.

And at the end of it all, Konwar’s family gifted him a gamusa, a significant garment in Assamese culture and a symbol of the region’s identity.