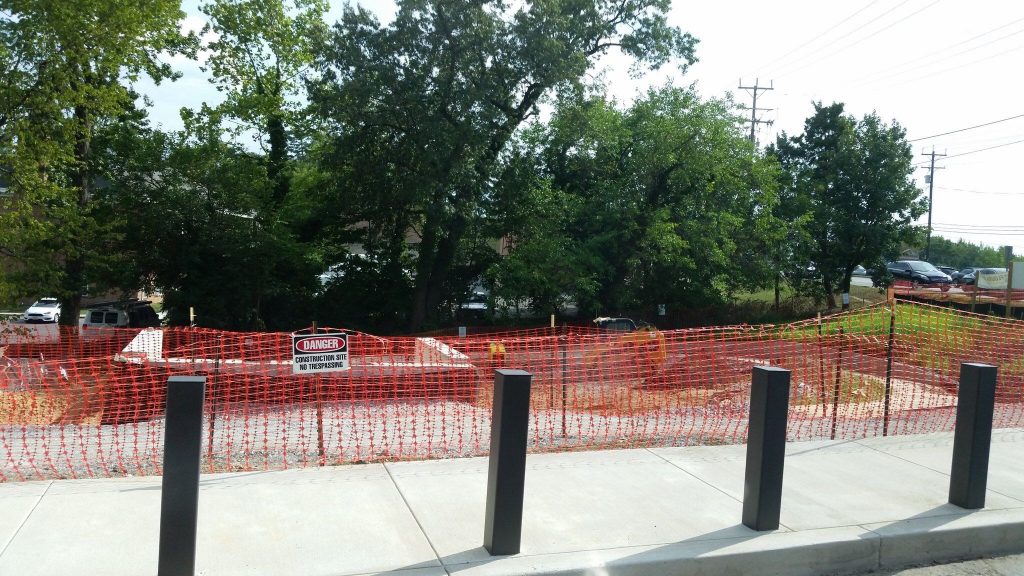 Construction on the much-anticipated Hollywood Gateway Park in northern College Park may not be complete until at least a month after its original deadline.

Schum said the park project is “not significantly behind” — citing coordination issues between on-site subcontractors and utility companies like Pepco as the reason behind the newest delay.

“[Delays] are typical in a construction project because there’s a lot of coordination,” Schum said. “There’s still a lot of work that has to be done to confirm plans, finalize plans and coordinate construction, and sometimes that just doesn’t follow the timeline that was laid out.”

According to reporting by The Diamondback in March, building the park itself originally cost $969,000 — a number Schum said has not been affected by the potentially monthlong delay.

The park will include several walking paths, a slide, and a pavilion sitting atop a concrete base, Kabir said.

Kabir, whose district includes the park, said the pavilion is being built “somewhere else upstate,” and that its construction would take at least another three weeks. The pavilion has yet to arrive on site, Kabir said.

Once the pavilion is complete and installed, all remaining construction is expected to wrap up fairly quickly, he said.

While some residents of District 1 have concerns about the size and roadside location of the “pocket park,” most are eager to see it completed, Kabir said.

“We are relieved that this is finally happening,” Kabir said. “People are really curious and people are kind of excited as well, to see this happening.”

Todd Reitzel, a College Park resident, is among those optimistic about the park’s potential, and said he doesn’t mind the construction delay.

“I’m excited about the park,” Reitzel said. “It’s a neighborhood facility that will look tremendously better than the previous eyesore and will also be something community residents can use.”

Reitzel is not the only one who feels that the new space will be beneficial for the community. Patrick Wojahn, the city’s mayor, said he thinks the park will serve as a “great gateway” to College Park and become a valuable amenity for the area’s residents.