A Year in Review: Remembering the 2018-19 school year at UMD 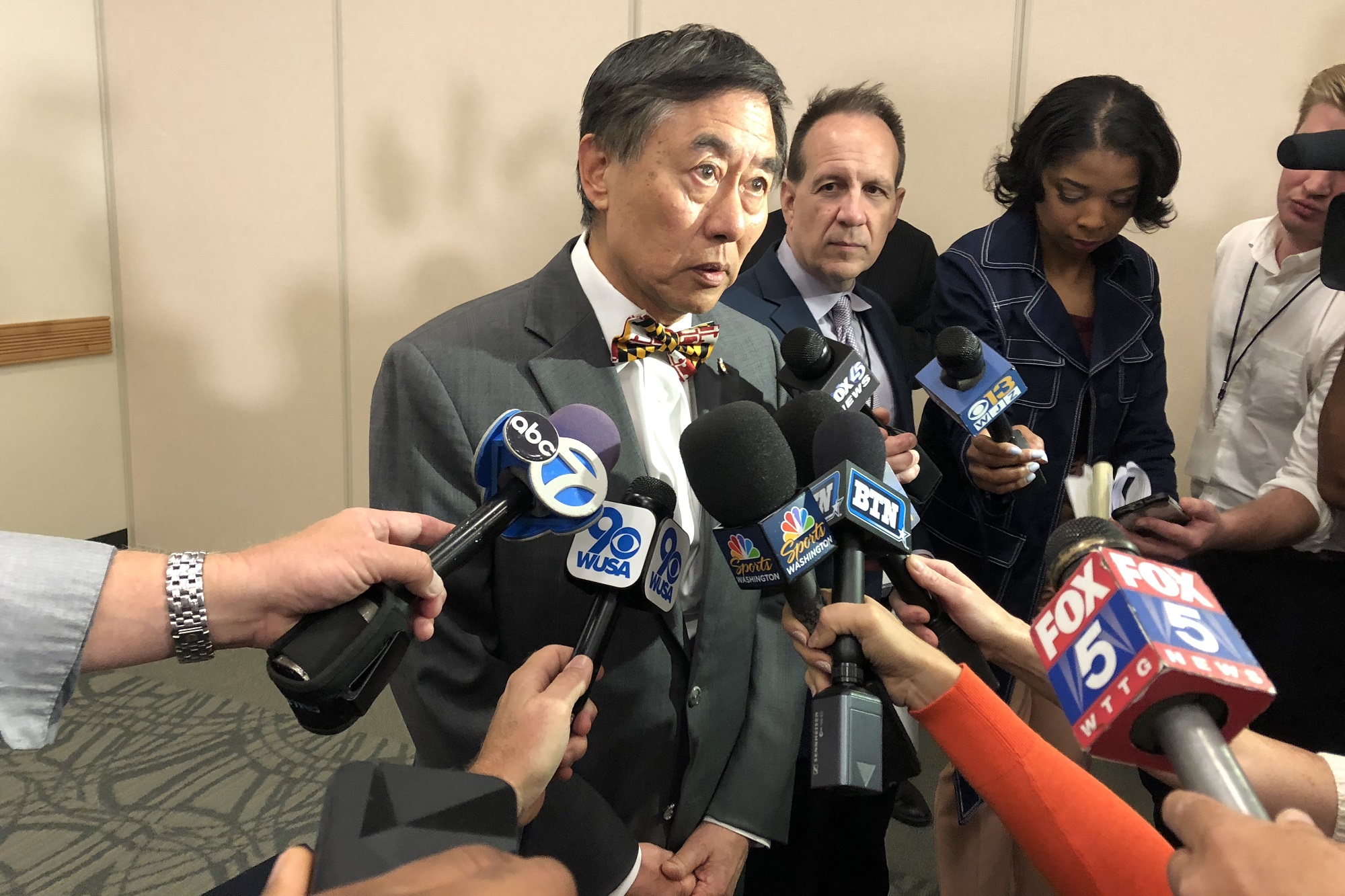 University of Maryland President Wallace Loh speaks with the media after after the release of a report about the mishandling of football player Jordan McNair's medical treatment. (Andy Kostka / For The Diamondback)

The 2018-19 academic year at the University of Maryland was one of tragedy and upheaval, triumph and controversy.

It was almost university President Wallace Loh’s last, until he went back on his promise to retire at the end of the academic year. Loh initially announced he would step down after a pair of investigations into the university with sweeping consequences.

The investigations stemmed from the death of Maryland football’s Jordan McNair, who suffered heatstroke at a team workout. After McNair died, reporting revealed his team’s coaching may have been abusive to players.

As scandal unfolded, many university students were noticing mold on their belongings and furniture in campus dorms. Hundreds of students were temporarily moved to hotels in College Park during remediation efforts for Elkton Hall, the epicenter of an outbreak.

Olivia Paregol was one of those students. She died in November after contracting adenovirus, which had cropped up elsewhere on the campus. Her death prompted serious questions about the conditions in campus dorms, which her parents feared exacerbated her condition, and about the administration’s communications with students about health concerns.

The year saw protest and activism from students, who spoke out against Durkin’s reinstatement, Loh’s administration and the closing of a campus mainstay the Maryland Food Co-op.

Read our Year in Review.