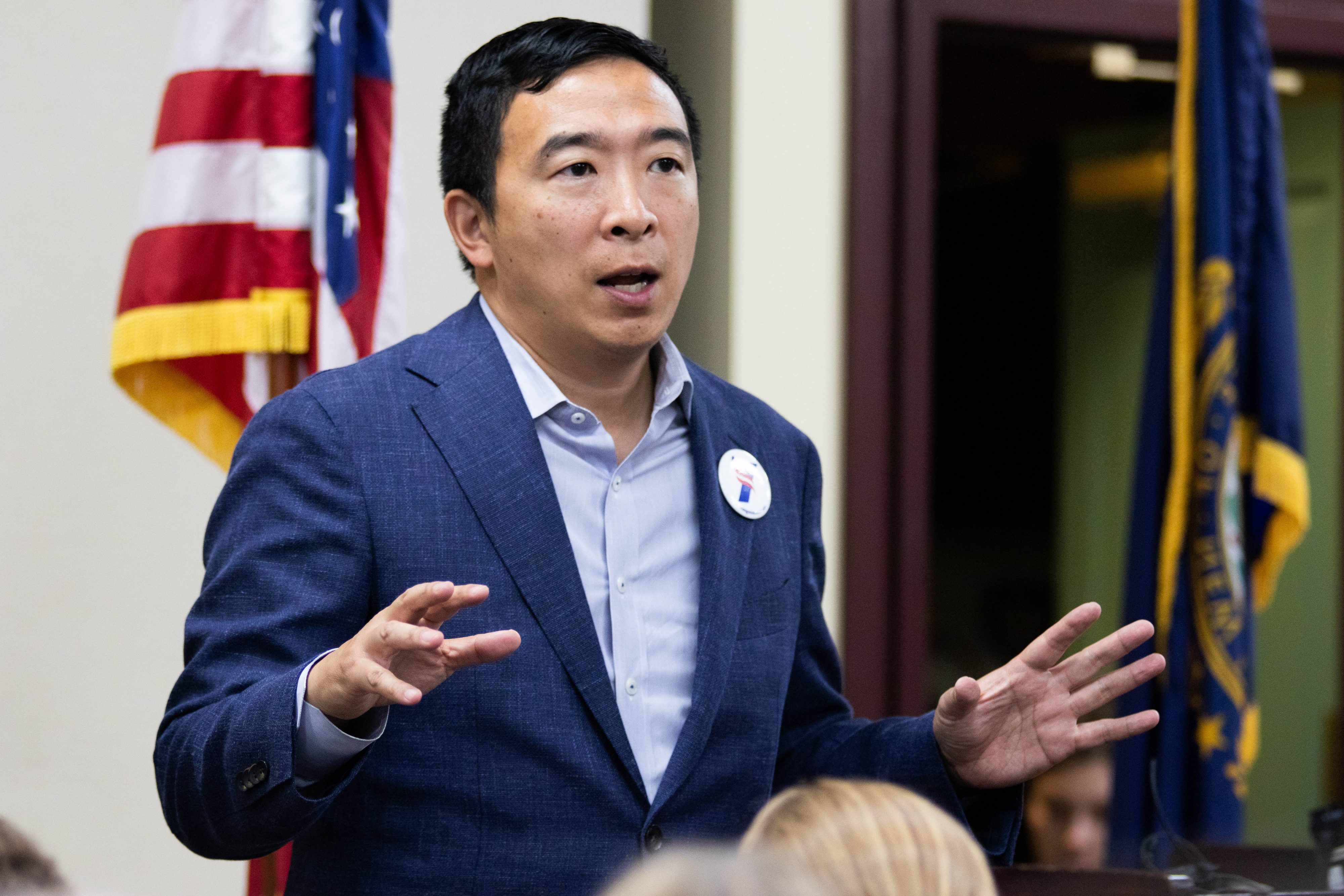 Despite his limited political experience, Andrew Yang has been somewhat successful in the Democratic primary. He has qualified for the third Democratic debate after surpassing 130,000 individual donations and registering two percent support from four polls. He has some influential supporters, including Tesla CEO Elon Musk, as well as a relatively small but loyal online following with a catchy hashtag, #yanggang.

Most importantly, despite his status as a mostly unknown candidate, he has carved out a place for himself in the Democratic field through his signature policy proposal, which he’s brought to the mainstream of political discourse.

The centerpiece of Yang’s campaign is his proposal of a universal basic income of $1,000 per month for every American over the age of 18. Dubbed the “Freedom Dividend,” Yang’s UBI won’t depend on employment status and will only be adjusted to account for increases in living costs.

Yang has asserted that his UBI will benefit those struggling financially and help them fulfill their  needs. But given his proposal’s structure, it appears Yang’s policy will inevitably reduce welfare recipients’ benefits — in terms of raw monetary value — in exchange for the dubious advantages of financial autonomy.

The only condition of Yang’s UBI is that social welfare recipients wouldn’t receive their current benefits in addition to the monthly $1,000. So, Yang’s UBI is an attempt at an alternative to our current welfare system. However, it’s almost impossible for the Freedom Dividend to be more generous than our current welfare programs. If we reallocate what we spend on low-income families and distribute it equally to all citizens, it logically follows that each American previously supported by welfare would receive fewer benefits.

The U.S. currently spends about $1 trillion annually on means-tested welfare — exclusively for the poor — and the average recipient receives about $404 monthly. This amount can vary based on factors such as the recipient’s income, the number of young children they have and how many programs they qualify for.

Yang wants to create an image of UBI as free cash given out with no strings attached and no consequences. But that just doesn’t hold up when considering the plan’s cost. A $1,000 income for every adult citizen would amount to about  $3.8 trillion in federal spending, which is almost quadruple the amount the U.S. currently spends on social welfare programs — and 21 percent of the country’s gross domestic product.

Keep in mind that this large spending increase is needed to accommodate many people who don’t need assistance at all. While current social welfare programs are designed to target groups in need of assistance such as the elderly or low-income families, UBI would give thousands to people who may not need it.

Even considering all potential revenue sources, Yang still falls short of making up for the plan’s enormous price tag. Alternatively, Yang’s UBI could be almost entirely funded by replacing all social spending, but the repercussions would likely devastate the elderly, who receive about $30,000 annually in Social Security and healthcare benefits.

Yang’s UBI also fails to account for the lack of financial literacy among low-income families. Our welfare system is centered around programs, such as the Supplemental Nutrition Assistance Program, that offer aid for specific commodities such as food or housing. While an unconditional $1,000 per month may seem appealing, it would likely be difficult for individuals who previously relied on predetermined aid to abruptly shift their lifestyle and develop the financial literacy skills required to independently manage a budget.

Aside from its infeasibility, the Freedom Dividend would create more issues for low-income families by reducing their benefits and potentially creating issues related to financial illiteracy. Yang helped make UBI a familiar idea to many voters, but don’t believe it will bring the prosperity he promises.