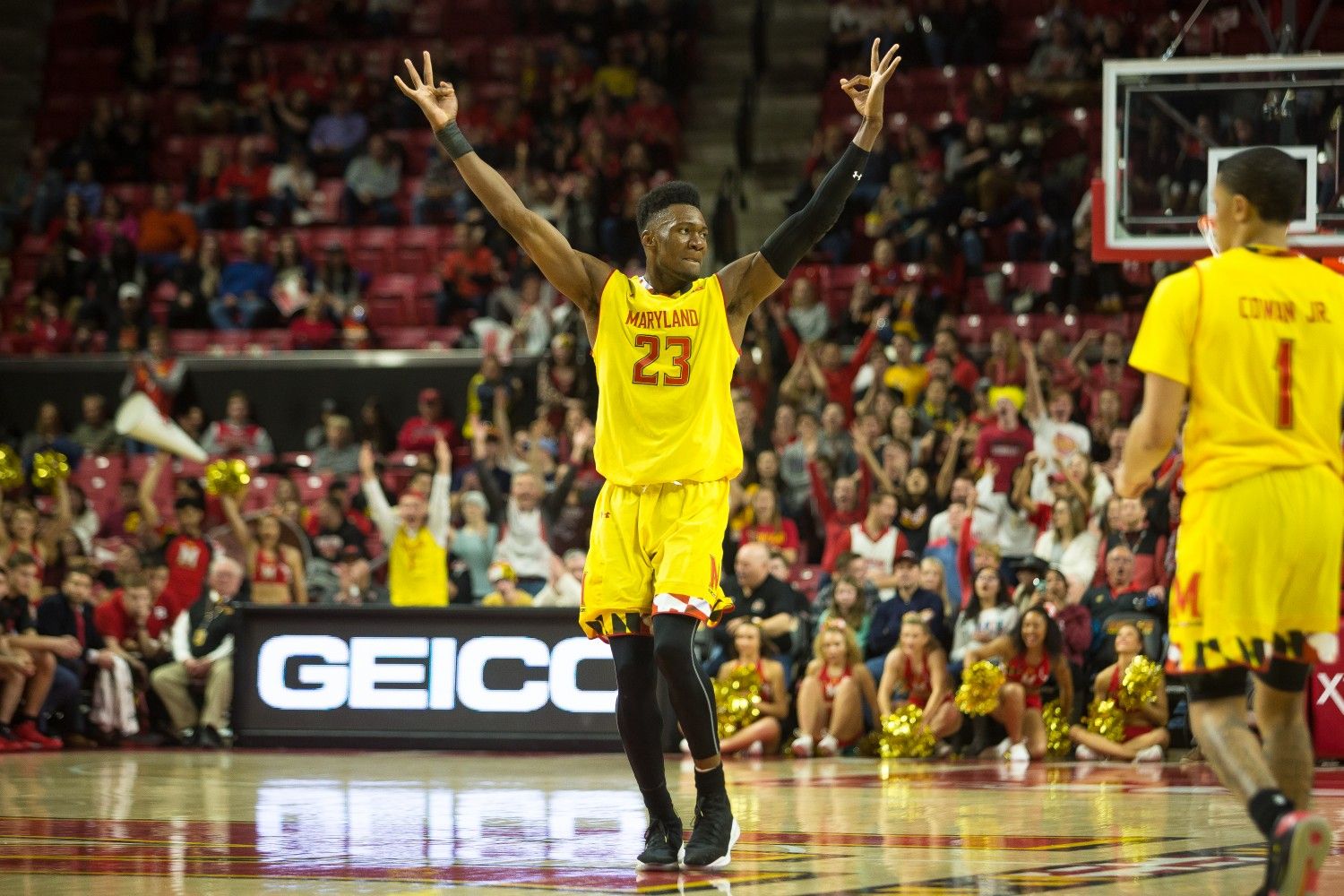 Bruno Fernando is sadly no longer at Maryland, but he is living his NBA dreams out with the Atlanta Hawks.

He recently traveled to Parsippany, New Jersey for the annual Panini NBA Rookie Photo Shoot, where he signed his own Panini rookie trading autograph and relic cards, among many other activities. Fernando got to interact with members of this year’s draft class, who took a group photo as well as individual photos and group photos for their NBA team.

If you know Bruno well, he wasn’t about to leave without having some fun of his own.

The point of this video is not just to show off Bruno’s exquisite soccer prowess, but to highlight the two people in the background of the video not named Bruno Fernando or Sekou Doumbouya.

They are Josh Horton and Caleb Nash Feemster. Horton is better known as Juggling Josh, a world champion, Guinness World Record-holding juggler who has a YouTube channel with almost 468,000 subscribers. Feemster has been featured prominently in recent videos.

The two were there to challenge some of the NBA rookies to a H.O.R.S.E. competition, part of a long-running series on Horton’s channel.

Well, they challenged Mr. Fernando and as you can see in the video below, he showed them what Maryland and Angola are all about.

Note that Horton’s version of H.O.R.S.E., players get three attempts to make their shot.

Now, the question is…will Bruno break out a trick shot in a game? Or, more importantly, will Bruno start a YouTube channel?