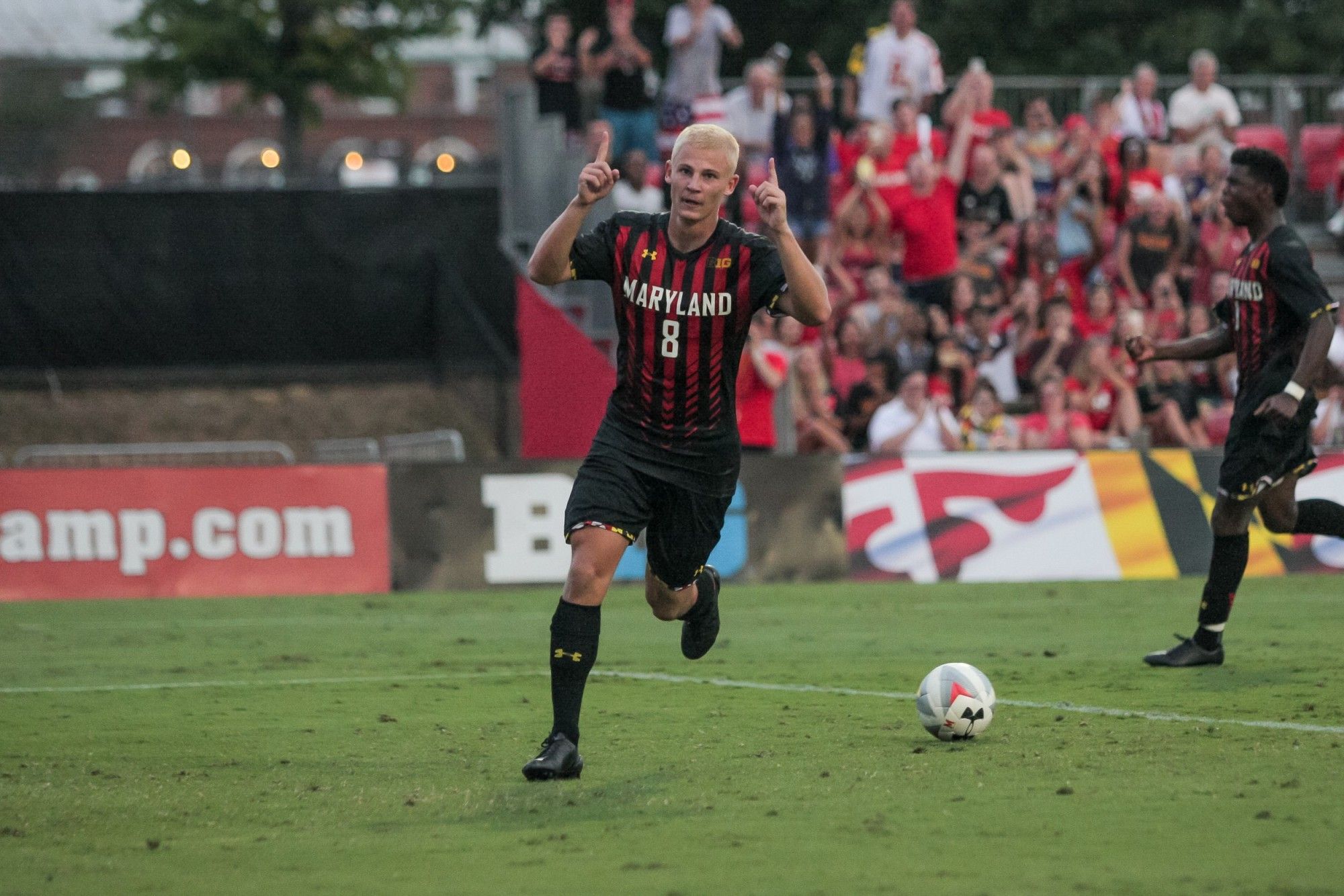 Atlanta United FC drafted Wild as the 37th pick of the 2018 MLS SuperDraft, but he never played a game with the club. During his tenure with Atlanta, he spent time out on loan with the United Soccer League’s Charleston Battery and Atlanta’s USL affiliate, Atlanta United 2.

Wild was waived by the reigning MLS champions on July 17th, but D.C. United took advantage of the opportunity by quickly picking him up on July 24th. Wild is now the third former Terp on D.C.’s roster along with defenders Donovan Pines and Chris Odoi-Atsem.

Wild made an immediate impact with his new squad, starting in their friendly against Olympique Marseille. In the match, he assisted the lone goal by D.C., setting up Quincy Amarikwa on a corner kick. Unfortunately for Wild, Marseille thumped them, 8-1.

Wild has yet to make his MLS debut, but this is definitely a step forward for him compared to where he has been in his professional career.

Wild, a transfer from South Carolina Upstate, played for Maryland for two years, scoring 22 goals in 40 games from 2016 to 2017. In 2016, Wild was named Big Ten offensive player of the year, while also being a first-team All-Big Ten selection. The German-born standout came from the FC Mainz and SV Wehen Wiesbaden youth academies.