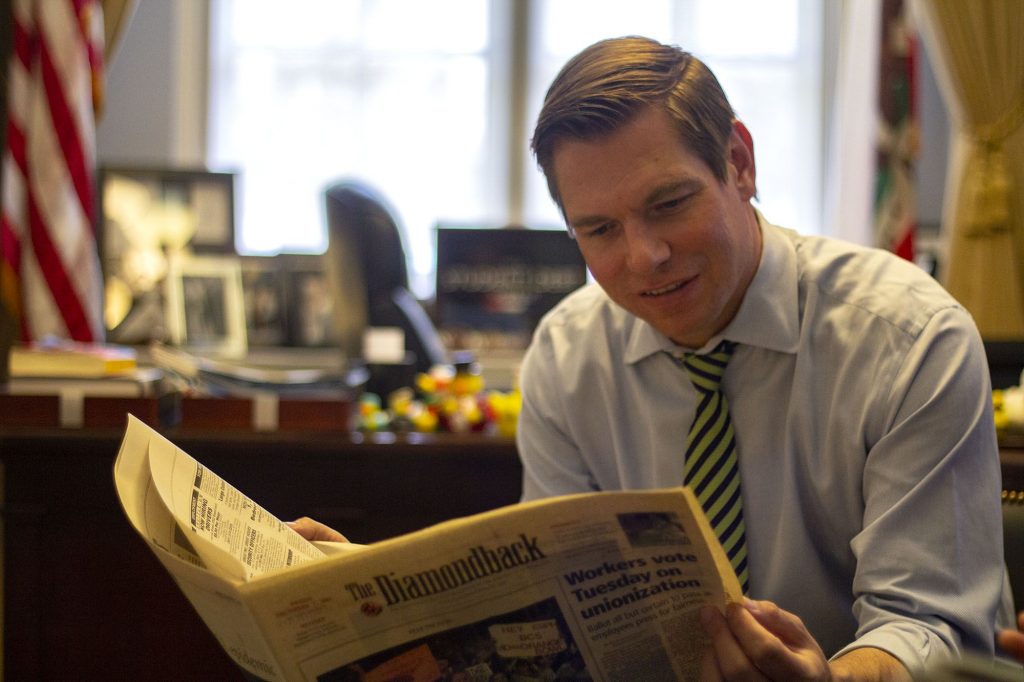 University of Maryland alumnus Eric Swalwell announced Monday he was ending his bid for the 2020 Democratic presidential nomination, becoming among the first of the crowded field to drop out of the race.

Swalwell, who represents California’s 15th congressional district, made the announcement at his campaign headquarters after failing to gain significant traction in the race. He declared his candidacy in April.

“After the first Democratic presidential debate, our polling and fundraising numbers weren’t what we had hoped for, and I no longer see a path forward to the nomination,” Swalwell said in a statement posted on his campaign website. “My presidential campaign ends today, but this also is the start of a new passage for the issues on which our campaign ran.”

A Washington Post/ABC News poll, conducted between June 29 and July 1, had Swalwell, who graduated from this university in 2003, polling at zero percent.

With Monday’s announcement, Swalwell becomes the second graduate of this university to unsuccessfully run for president in the past two elections. Republican Carly Fiorina, the former CEO of Hewlett-Packard who earned her MBA from the university’s business school, ran in 2016.

Swalwell transferred to this university in 2001 after an injury derailed his soccer career at Campbell University in North Carolina.

In addition to serving as the Student Government Association’s Campus Affairs vice president, Swalwell also created the position of — and became the first — student liaison to the College Park City Council, a position that still exists today.

Swalwell qualified for the first of the Democratic debates, held June 26-27 in Miami, after reaching the 1 percent polling threshold in at least three different polls. He also could have qualified by raising money from at least 65,000 unique donors.

During the June 27 debate, Swalwell, 38, recalled then-presidential candidate and current frontrunner Joe Biden saying it was time to pass the torch to a new generation, calling on the former vice president to do the same.

“He was right when he said that 32 years ago,” Swalwell said. “He is still right today.”

While the qualifications for making the second debate — July 30-31 in Detroit — remain the same, the third debates in September are expected to further thin out the field of candidates.

In September, candidates need to poll at least two percent in four different polls and have at least 130,000 unique donors.