Maryland has banned fracking. It shouldn’t become a hotspot for natural gas exports. 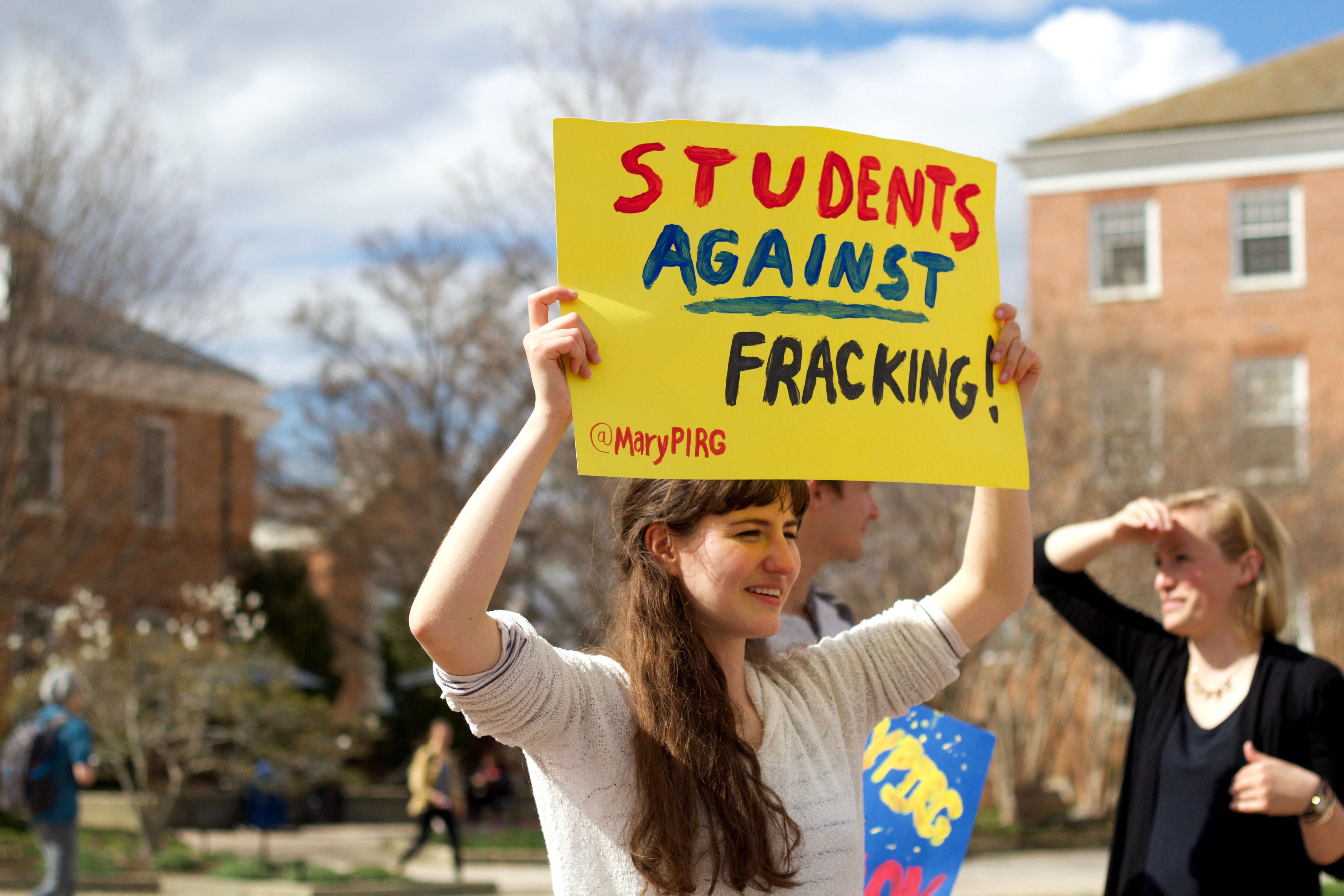 Despite the best efforts of environmental scientists and activists, environmental policy in the past few years has been disappointing. Compromises, reversals and rollbacks have halted conservational progress, favoring corporate interests over environmental regulation. And Maryland is no exception.

Maryland politicians applauded themselves in March of 2017 when they made the state the second to pass a law banning fracking. Yet just months later, in 2018, Maryland also became the second state to open a large liquified natural gas export facility, pumping fracked gas from nearby states to international markets.

It’s a flip-flop from Gov. Larry Hogan, who signed the fracking ban. He called that bill “an important initiative to safeguard our environment.” Now, he seems to be putting profit over conservation, celebrating the facility as “delivering economic benefits to Maryland.”

To Hogan’s credit, the facility has been an economic success. The $4.4 billion gas export terminal, located near Cove Point Beach, has generated millions for Dominion Energy and Calvert County through export revenue and taxes. The facility provided about 10,000 people with temporary jobs, and it has also created almost 200 permanent jobs.

Environmentally, however, the terminal comes at a high cost. Despite the Federal Energy Regulatory Committee’s approval, many residents and environmental groups including the Sierra Club are concerned that crucial environmental factors were overlooked during the approval process.

For reference, 1 million metric tons of carbon dioxide is the equivalent of more than 2.4 billion miles driven by an average passenger vehicle or over 1 billion pounds of coal burned. So the fact that the refinery is permitted to emit double that amount reflects a severe lack of concern and perspective.

It’s also not unreasonable to presume that access to such a large, international export terminal will encourage an increase in fracking occurring in surrounding states that feed into the terminal.

Columbia Gas Transmission recently filed a lawsuit against Maryland after being denied permission to build a gas pipeline through state land. Hogan reportedly cited environmental concerns to justify opposing the bill, referencing the potential impact on the “Potomac River and the state’s waterways — natural assets he is committed to protecting and preserving.”

Hogan has reason to be concerned. Though proponents laud fracking for emitting less carbon dioxide than coal burning, it comes with its own environmental hazards: releasing potentially carcinogenic chemicals during drilling, contaminating nearby groundwater and potentially destroying the environment if an accident were to occur at the facility.

Why would Hogan so vehemently oppose the Potomac Pipeline while backing the Cove Point terminal? Both come with environmental and health risks and both carry fracked gas that should be banned in this state. Perhaps the $25 million project doesn’t offer enough bang for its buck compared to the $4 billion behemoth at Cove Point.

In the long run, global warming will cost far more than any economic benefit from the natural gas industry. Extreme weather and the health impacts of burning fossil fuels cost the United States $240 billion per year. The health costs of pollution and economic losses from severe weather are expected to reach up to $360 billion per year over the next decade.

In contrast, focusing our economic and political efforts on doubling the share of renewable energy and stepping up research efforts could create half a million jobs, save the U.S. economy billions of dollars and help preserve important natural resources.

Maryland’s fracking policies are contradictory and short-sighted, and the Cove Point terminal compromises the environment in exchange for economic gain. It should be closed down, and the state should ban establishing future export terminals or gas pipelines. For the sake of our environment and our economy, Maryland must comprehensively reject fracking.

Alyssa McKinney is a rising junior electrical engineering major. She can be reached at alyssa.cmck@gmail.com.